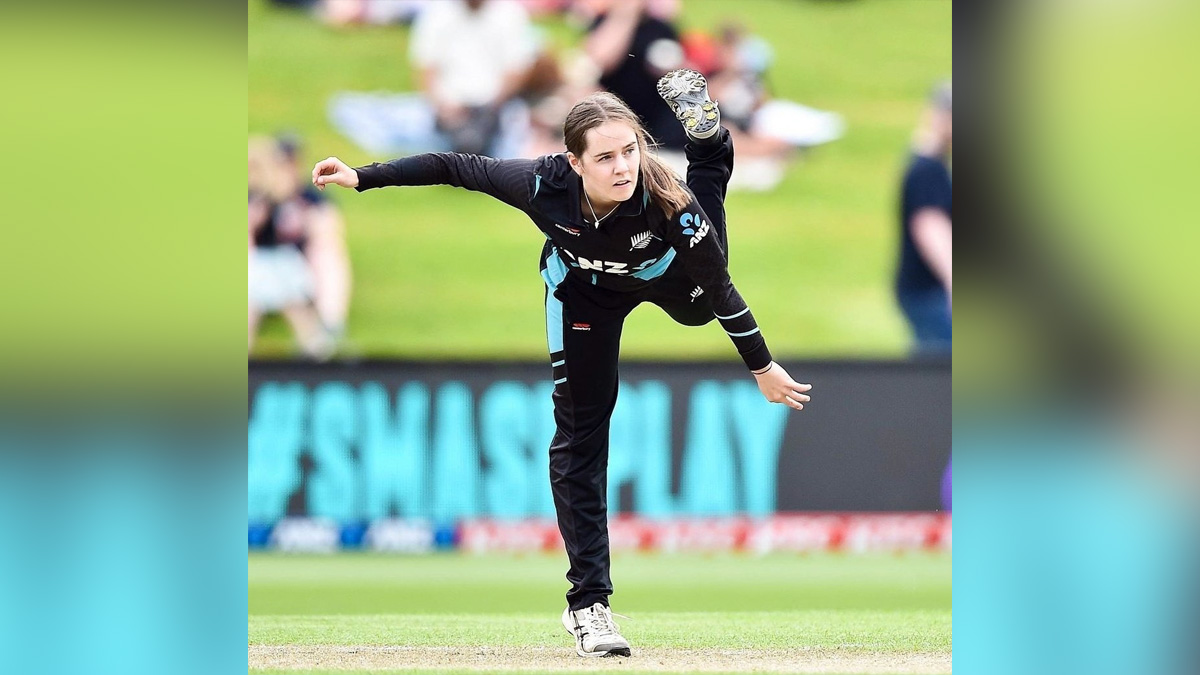 Auckland : New Zealand have included senior women’s team stars Fran Jonas, Georgia Plimmer and Isabella Gaze in the squad for the inaugural ICC Under-19 Women’s T20 World Cup to be played in South Africa from January 14-29.

The trio bring the experience of 46 senior international caps to the 15-member squad. The trio featured in this year’s Birmingham Commonwealth Games, while Fran and Georgia were also part of the ODI World Cup 2022 in home conditions.

The remainder of the squad is made up of players who recently toured India with the NZ Women’s Development team and those who starred at the recent National Women’s U19 tournament in Lincoln.

Sara McGlashan, former New Zealand women’s wicketkeeper and High-Performance Coach will coach the NZ U-19 team in the World Cup and will be assisted by former players Donovan Grobbelaar and Tarun Nethula. NZC said a captain for the side will be confirmed in due course.

“I’d like to congratulate all the players selected. Representing your country at a World Cup is a huge honour and I know the entire squad is excited about the opportunity ahead, especially with it being the first tournament of its kind for women.”

“I think we’ve got a strong squad for this World Cup with a nice mix of youth and experience. For many of the players, this will be their first time travelling overseas to play cricket, so they’ll certainly benefit from the experience of Fran, Georgia and Izzy, the natural leaders in this group,” she said in an official statement.

Emma McLeod (Central Districts), Tash Wakelin (Northern Districts), Kate Chandler (Wellington), and Izzy Sharp (Canterbury) get their call-ups off the back of being among the top run scorers across both the One-Day and T20 competitions at the National U19 tournament over the weekend.

Kate also featured with the ball in the T20s, taking six wickets and finishing as the equal-top wicket-taker, helping Wellington claim their first U19 National trophy. Sara highlighted the opportunities the World Cup would offer for developing technical and interpersonal skills.

“We’ve obviously got a variety of experience levels within the squad and will be putting a high priority on everyone looking to learn and grow their games. While achieving success on the field is important — we’ll also be taking a holistic approach to the tournament in the hope of developing these girls further as people as well as players.”

“The tournament will be an incredible experience both on and off the field and one of these players will never forget so we want to ensure we create a fun environment, which allows them to really enjoy the experience.”

New Zealand will begin the 16-team U-19 Women’s T20 World Cup in Group C alongside Ireland, Indonesia and West Indies. The top three sides from each group advance to the round-robin Super Six stage, from which the four semi-finalists will emerge.

The New Zealand squad departs for South Africa on January 4 ahead of warm-up matches commencing January 9.