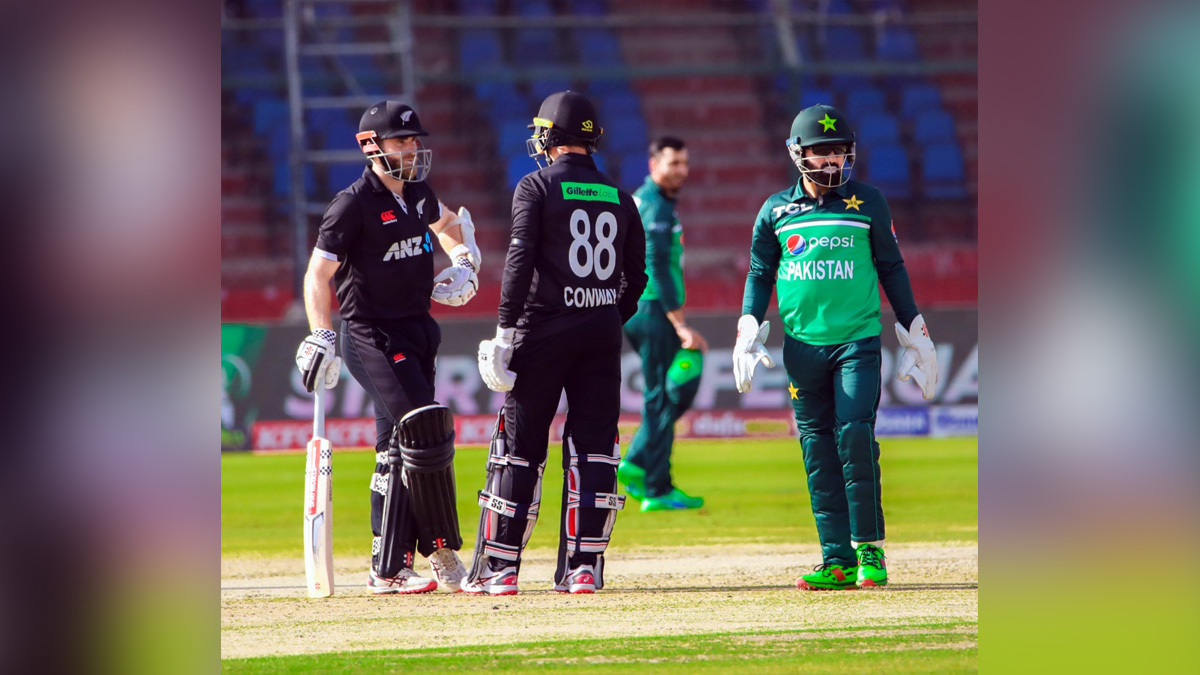 The Kiwis also managed to bounce back from the six-wicket defeat from the first ODI and level the series 1-1. The series decider will now be played at the National Stadium in Karachi on Friday.

Apart from the bragging rights of winning the series, the decider also has CWCSL implications. Pakistan could go past India and stand second in the Super League table with a win while New Zealand could extend their lead at the top, as per ICC.

As a result of the loss, Pakistan (108 rating) dropped a spot in the ICC Men’s ODI Team Rankings, falling to fifth behind India (109) with a point separating the Asian neighbours.

New Zealand, on the other hand, continue their stay at the top of the table with a rating of 115. Opting to bat first, New Zealand posted a solid total of 261. They had the second-wicket pair of Devon Conway and Kane Williamson to thank for it, who stitched a 181-run stand.

Conway took the attack to the Pakistan bowling attack en route to his second ODI ton (101) while Williamson (85) was happy to play second fiddle. The visitors collapsed thereafter, courtesy of Mohammad Nawaz’s sublime spell of 4/34.

Mitchell Santner stuck around with a crucial knock of 37 to set Pakistan a target of 262. In response, Babar Azam top-scored for Pakistan with 79 but was far from his sublime best during his 114-ball stay at the crease.

New Zealand’s decision to play three spinners paid off as they kept a leash on scoring. With wickets falling consistently at regular intervals, the hosts failed to keep up with the scoring rate and eventually perished to the pressure of it.