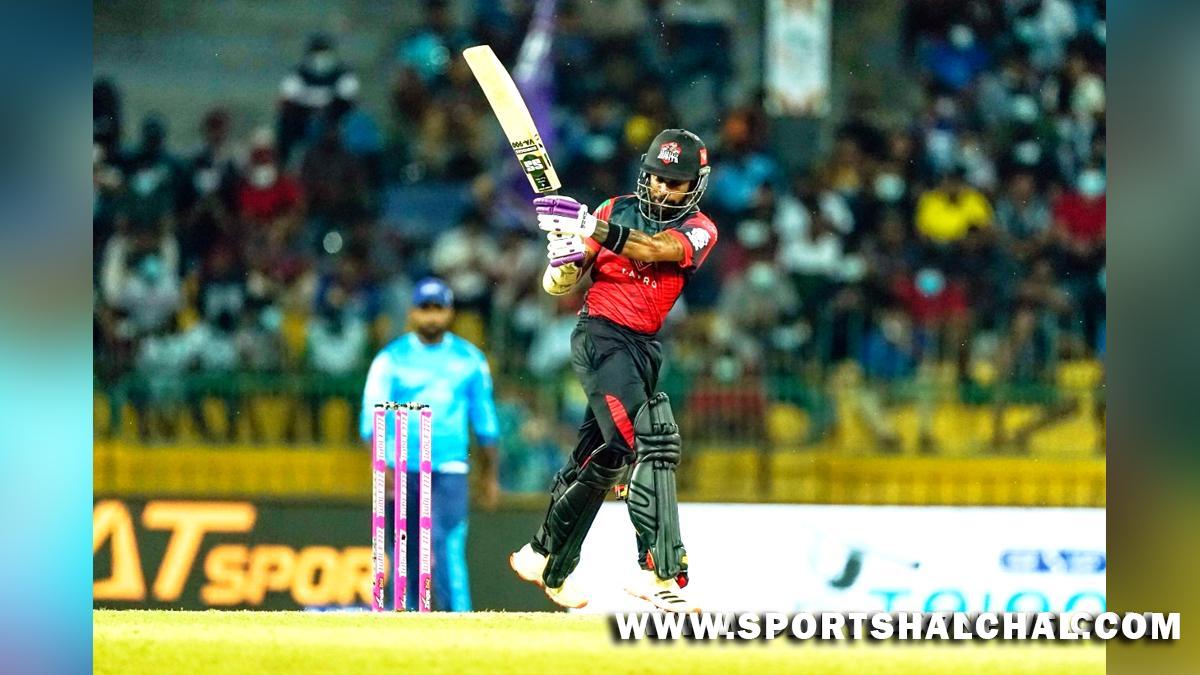 Colombo : Dambulla Giants scored a thrilling one-run win over Colombo Stars with Niroshan Dickwella emerging the top-scorer for the winners with 30, in a Lanka Premier League (LPL) game here.Batting first in a late Saturday-evening game, Dambulla Giants posted 138 for nine in 20 overs, with Shoaib Maqsood (24 off 22 balls) and Phil Salt (21 off 18) being the other contributors besides Dickwella. Jeffrey Vandersay and Ravi Rampaul were the pick of the bowlers for Colombo Stars with figures of 3/25 and 3/27.The Colombo Stars couldn’t find a way to get their chase going as they kept losing wickets at regular intervals. Dinesh Chandimal kept the Stars’ hopes alive with a brilliant unbeaten 65 off 40 balls, but he kept losing partners at the other end.

Chandimal, who struck four boundaries and three sixes, took the game deep single-handedly and the Stars needed six runs from the last delivery. However, Chandimal only managed a boundary from the last delivery as the Stars fell short of their target.Tharindu Ratnayake was the pick of the bowlers for the Dambulla Giants with figures of 3/18.Earlier, Kandy Warriors defeated the Galle Gladiators by five wickets.Kandy, who have not had a great time in the tournament, put the Galle Gladiators under pressure by restricting them to 127 for 7 in 20 overs. Kamindu Mendis was the pick of the bowlers for the Kandy Warriors as he picked up 3 wickets for 25. Nimesh Vimukthi also made a vital contribution with figures of 2/17.Kandy Warriors romped to 131/5 with Ravi Bopara leading the way with an unbeaten 34 along with Tom Moores’ 28 and Charith Asalanka’s 21.