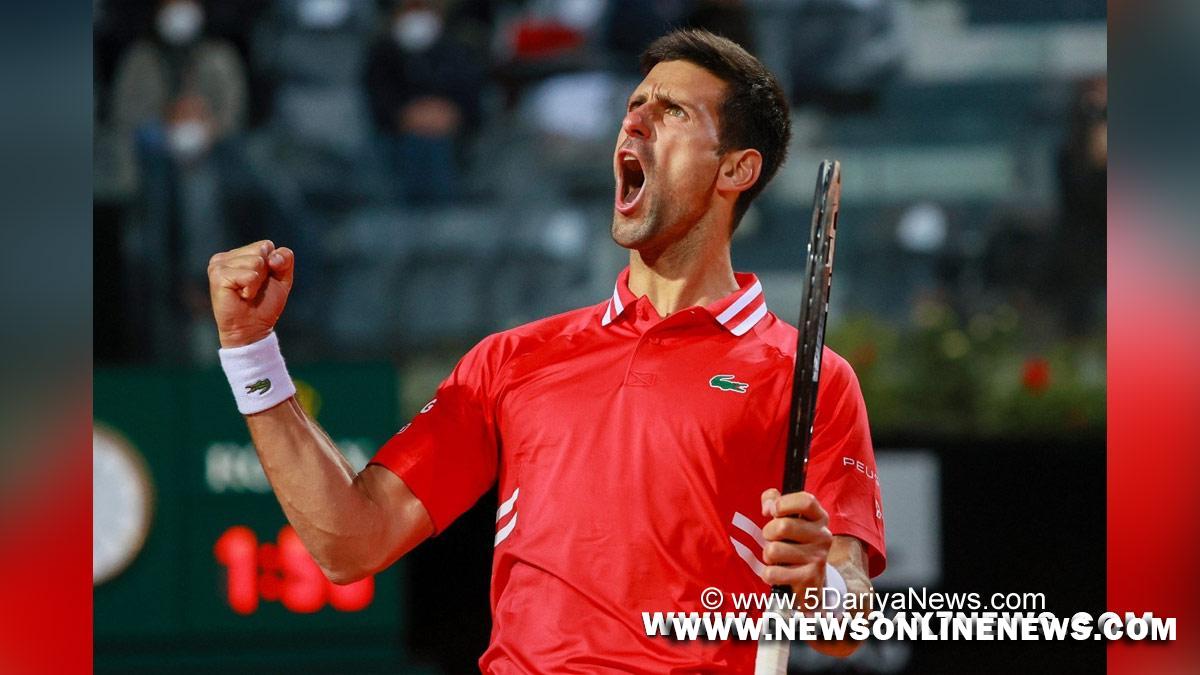 Melbourne : Serbia’s world No. 1 Novak Djokovic has confirmed himself for January’s ATP Cup tournament in Sydney, dropping a hint that he could compete in the season-opening major, the Australian Open, commencing on January 17.Djokovic — who finished year-end world No. 1 for the record-breaking seventh time, moving ahead of his idol, American legend Pete Sampras (six years) — has perhaps given the clearest hint that he will be there in Melbourne to defend his Australian Open title in January.A total of 16 countries will compete in the third edition of the ATP Cup beginning January 1, 2022, with four groups announced at the official tournament draw on Tuesday, according to sen.com.au.”18 of the top 20 tennis players in the world will feature in the tournament set to run from January 1-9 as the main ATP precursor to the Australian Open.”Djokovic has so far kept the Australian Open organisers and his fans guessing about his Covid-19 vaccination status, adding to the uncertainty over whether he will compete in the major.

Djokovic’s father Srdjan recently said that Novak “probably won’t” play the Australian Open as the tournament organisers’ decision to not allow unvaccinated players — or players who don’t share their Covid-19 vaccination status — amounts to “blackmail”.The Australian Open director Craig Tiley has stated that only fully vaccinated players will be allowed to compete in the tournament. Djokovic, the nine-time and defending Australian Open champion, has refused to divulge his vaccination status, or whether he intends to get vaccinated before the event.Djokovic celebrated his 350th week atop the ATP Rankings on Tuesday, extending his record for the most weeks in the top spot, even as the Serbian set sights on Germany’s women’s tennis great Steffi Graf’s record of 377 weeks at the top of the WTA rankings.Among the other top players who have confirmed their participation in the ATP Cup for their respective countries are, Dominic Thiem, Daniil Medvedev and Alexander Zverev.The event will see four winning countries advance to the semifinals following the group stage.

As England slump in opening Ashes Test, Ian Chappell says Joe Root not much of a captain