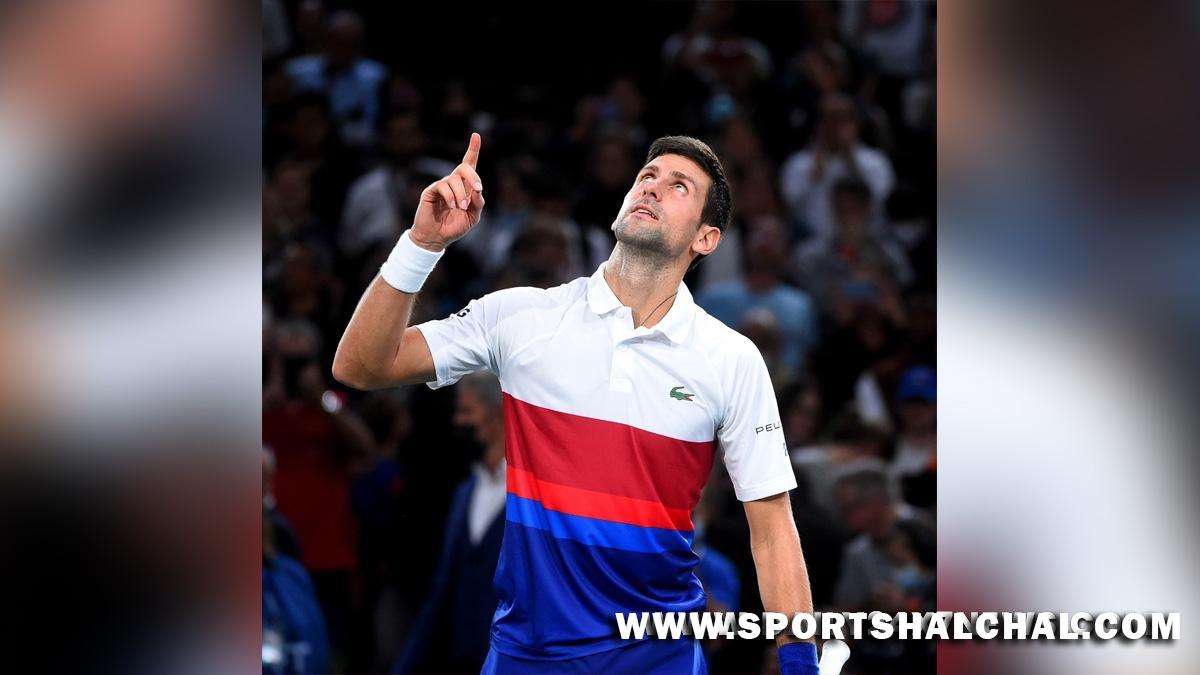 Melbourne : World No.1 tennis player Novak Djokovic’s last hope of defending his Australian Open singles title went up in smoke on Sunday after the Serbian lost his Federal Court appeal to have his visa cancellation overturned.The winner of nine Australian Open men’s singles titles initially had his visa annulled on January 14 by Immigration Minister Alex Hawke, who had used his discretionary powers to cancel the visa given to Djokovic.The 20-time Grand Slam champion is not vaccinated for COVID-19 and is an opponent of people being forced to take the jab.The 34-year-old Djokovic was initially given medical exemption by the Victorian state and Melbourne authorities for competing in the Australian Open after he declared that he had COVID-19 in December last year.But the Federal authorities cancelled the medical exemption and the visa. Djokovic’s lawyers had then appeared before a single-judge bench, which had reinstated the ace player’s visa. But the Immigration Minister used his special powers to again cancel the visa.As a last recourse, Djokovic again appealed his deportation from Australia before a three-member Federal judge panel, which upheld the Immigration Minister’s January 14 order. The player now faces the ignominy of being deported from the country.

Immigration Minister Hawke had cancelled the Serbian player’s visa on the grounds that it was in the public interest to do so because of Djokovic’s COVID-19 vaccination stance.A report on sen.com.au said on Sunday that, “The hearing took four hours, with the government claiming the 34-year-old’s presence in Australia would excite anti-vaccination sentiments, while Djokovic’s lawyers argued that the 20-time grand slam champion was no risk to public order.”Chief Justice James Allsop and the court came to the decision at 5:45pm (Aus time) in a unanimous verdict, while written reasons will be given at a later date,” said the report.Djokovic was scheduled to play country-mate Miomir Kecmanovic on the Rod Laver Arena on January 17. He will now be replaced by a lucky loser from the qualifiers.Australian tennis player Nick Kyrgios expressed his frustration at the drama surrounding Djokovic’s detention and his legal battle with the Australian government, saying that the world No. 1 simply wanted to play tennis and was “not doing anything to anyone”.”I’m waking up and it’s just reading the media and there’s something new every day. I feel like we’re just trying to fight things that aren’t right, it’s not about the vaccination any more, it’s just about him not being here on the right visa or his visa being cancelled,” Kyrgios told SEN’s ‘No Boundaries’ podcast on Sunday.”I feel like if it’s not that, it’s something else. I just think it’s crazy. I feel so sorry for him. Preparing for an Australian Open or grand slam is enough for someone and the pressures that he has are so unique, he’s going for 21 slams, being Novak Djokovic preparing is already enough. It’s an absolute s–show. How we deal with this stuff is just embarrassing. He’s here to play tennis, he’s not doing anything to anyone,” added Kyrgios.