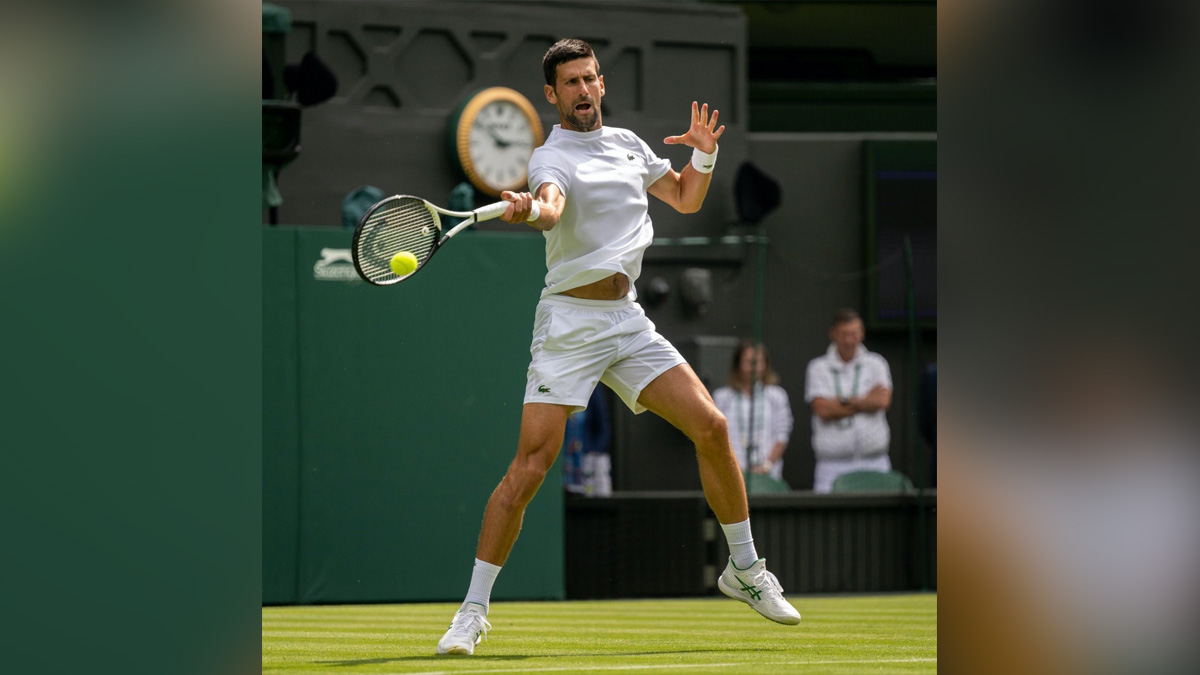 The top-seeded Djokovic was challenged by his 25-year-old opponent’s powerful serve and forehand, but showed his championship class by playing a superb baseline game to set up a last-eight clash against 10th seed Jannik Sinner of Italy.

“I knew coming into the match that it was always going to be a tough, challenging matchup against Tim, who I’ve never faced before,” Djokovic was quoted as saying by atptour.com. “I watched him play. He’s got a really good game for grass, which he proved today.

It was a very good fight, especially in the first two sets.”But overall I think I’ve played very well, very solid from back of the court. I got into his service rhythm, started reading his serve better in the third and fourth sets.

“I just really am pleased with the way I closed out the match,” Djokovic added. “I lost the rhythm on my serve a little bit towards the end of the match, but overall just a good fight and really challenging match for me on grass.

“Djokovic’s 25 straight grass-court win all of which have come at Wimbledon, where he is a three-time defending champion are second all-time. He broke a tie with Rod Laver with Sunday’s result, but still trails Roger Federer’s 65 consecutive grass victories, achieved from 2003-08.

The Serbian will seek to extend that win streak on Tuesday against Sinner, who did not drop serve in a 6-1, 6-4, 6-7(8), 6-3 win over Carlos Alcaraz of Spain in a fourth-round match.Djokovic has won the lone previous clash between the pair 6-4, 6-2 last year at the Monte-Carlo Masters.

“He’s (Sinner) maturing a lot on the big stage. I think he doesn’t feel too much pressure on the big stage,” Djokovic said of Sinner. “He’s very solid. He has every shot in his game: serve, return, forehand, backhand. He’s constantly putting pressure on opponents.

I kind of see a little bit of myself in his game, as well, from back of the court, playing flat backhands, constantly staying on the back of the line, trying to put pressure on opponents.”

Setting small goals was the key to the big partnership with Ravindra Jadeja : Rishabh Pant