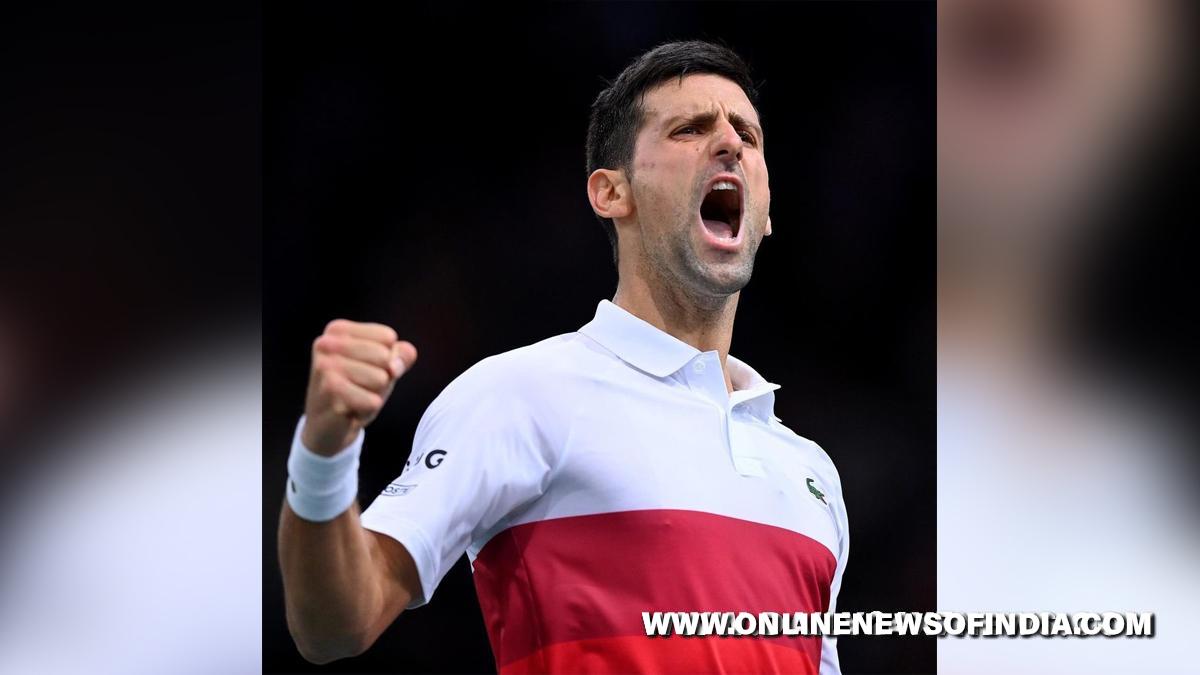 Turin : Serbian world No. 1 Novak Djokovic is in the ‘Green Group’ of the 2021 Nitto ATP Finals — the elite year-end tournament for the top-eight tennis players in the world — along with Greece’s world No.3 Stefanos Tsitsipas, Andrey Rublev of Russia and Norwegian Casper Ruud.The tournament, scheduled to run from November 14 to 21 at the Pala Alpitour here, will see the ‘Red Group’ being led by defending champion from Russia Daniil Medvedev. The group also has Germany’s Alexander Zverev, Italian Matteo Berrettini and Poland’s Hubert Hurkacz.Medvedev, who defeated Djokovic at the 2021 US Open and stalled his progress to the calendar Grand Slam, had claimed the title last year with a perfect 5-0 record, including a historic hat-trick of wins over the world’s Top-3 players — Djokovic, Spain’s Rafael Nadal and Dominic Thiem of Austria — a first in the 50-year history of the event.