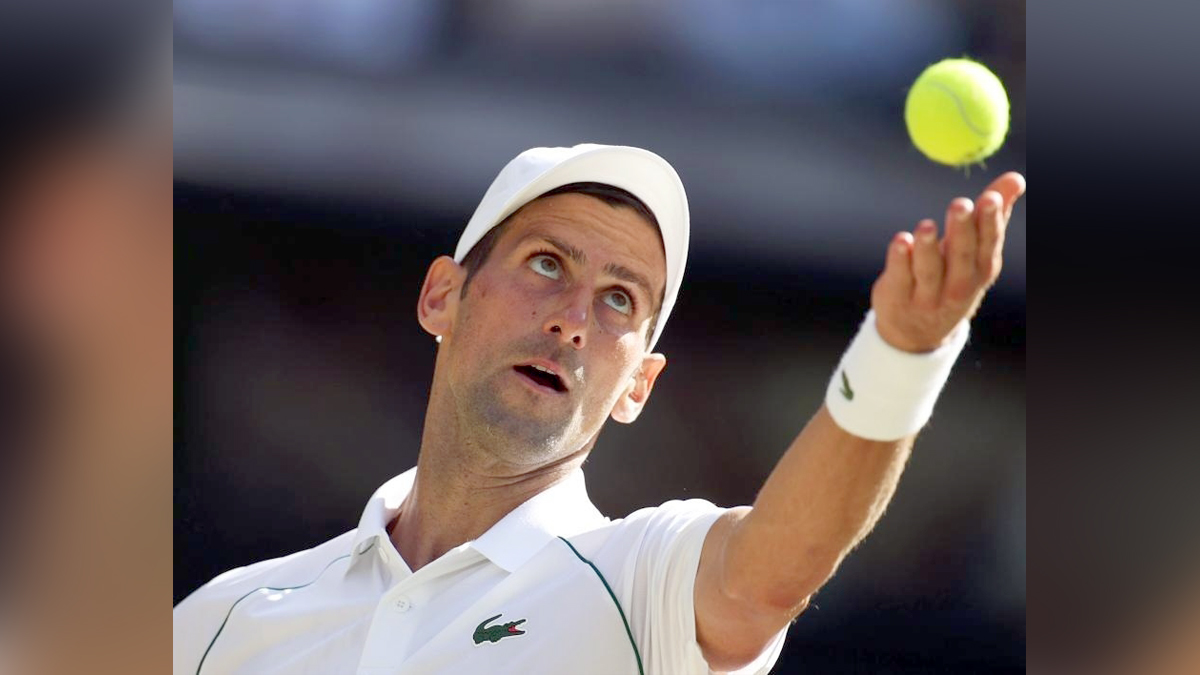 Novak Djokovic will not play in U.S. Open, indicates his official website

New York : World no. 1 tennis player Novak Djokovic will miss the U.S. Open, scheduled to be played from August 29, according to his official website.Becoming the player with most men’s Grand Slam singles titles is Novak Djokovic’s ultimate career goal but it seems he has to wait until next year to fulfill his dream. The Serb won his 21st major title at Wimbledon in July, leaving him one behind Rafael Nadal’s all-time men’s record.

“There are no scheduled events at this moment,” reads Djokovic’s official website.Djokovic’s decision not to be vaccinated against Covid-19 has meant he has missed opportunities this year to add to his haul. The nine-time Australian Open champion was unable to play in Melbourne and could also be missing the US Open, although he recently said he had his “fingers crossed” for the U.S. Open.

According to a report in Forbes.com, the US Center for Disease Control and Prevention (CDC) demands a non-US citizen must “show proof of being fully vaccinated against Covid-19″ before travelling by air from a foreign country.The ruling stopped Djokovic from playing ATP Masters 1000 events at Indian Wells and Miami in March and April, along with last week’s Cincinnati Open.

There had been hoping he might be able to play in New York after the CDC earlier this month relaxed many Covid rules in the U.S.”In the coming weeks CDC will work to align standalone guidance documents, such as those for healthcare settings, congregate settings at higher risk of transmission, and travel, with today’s update,” the organisation said.