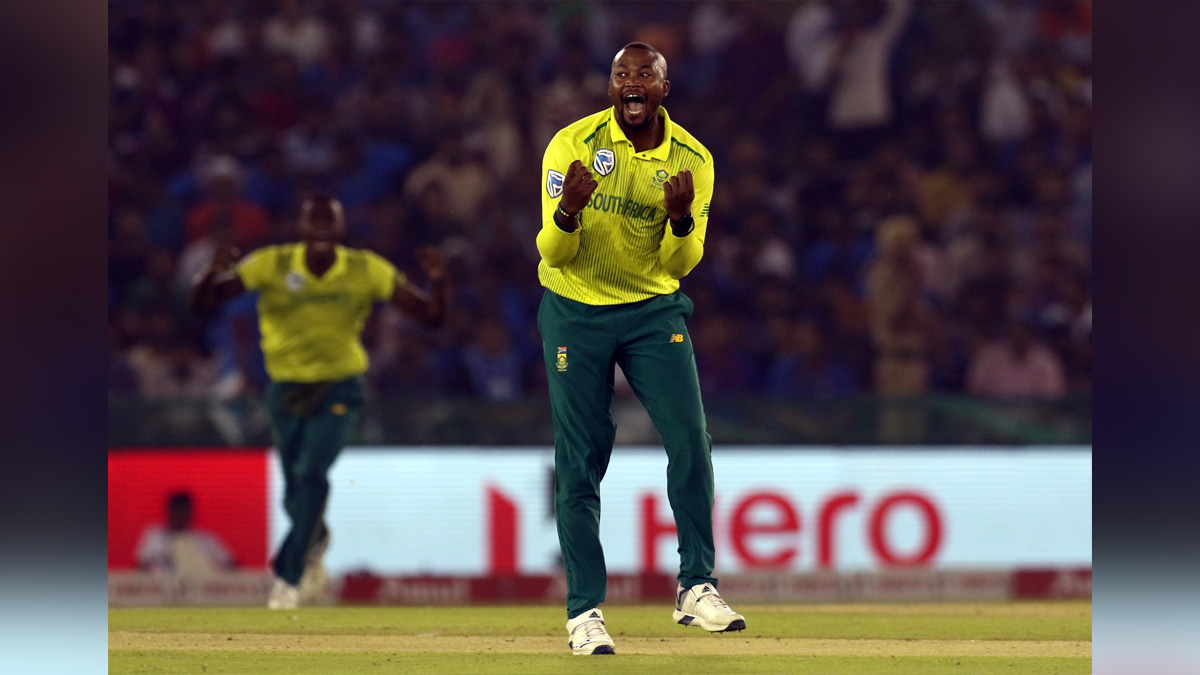 New Delhi : The Royals Sports Group-owned franchise Paarl Royals on Friday announced the signing of South Africa’s fast-bowling all-rounder Andile Phehlukwayo as their wildcard player for the upcoming inaugural season of the SA20, which kickstarts from January 10, 2023.

Hailing from Durban, Phehlukwayo, 26, represents Dolphins in the domestic circuit and was one of the three reserve players for South Africa at the ICC Men’s T20 World Cup 2022 held in Australia.

Since making his domestic debut in 2014, first for KwaZulu-Natal, and then for the Dolphins, Phehlukwayo has picked up 92 wickets in 107 T20 matches at a strike rate of 18, also scoring 693 runs with the bat.

His T20I debut came in 2017 as South Africa hosted Sri Lanka in a 3-match T20I series. The bowling all-rounder has 45 wickets in 38 T20I matches for his country at a strike rate of just 14.8 and can contribute with the bat, having scored 149 runs in 21 innings.

Phehlukwayo will join the other 17 players picked up in the auction by the Royals. “We are delighted to have Andile joining us for the SA20. He’s one of those experienced, multi-faceted players who can fit in anywhere, and provide us with greater flexibility in terms of the line-up for different conditions and matches.

He has a good understanding of the South African conditions, and brings international experience also into our side.” “We have seen his all-round ability through his performances for both South Africa and in the domestic circuit, and we are confident he can play a huge role for the team,” said Head Coach, JP Duminy, in an official statement.

Phehlukwayo will further strengthen the Royals’ South African core with swashbuckling left-handed batter David Miller being the captain and is ably supported by Lungi Ngidi, Tabraiz Shamsi, Corbin Bosch, Bjorn Fortuin among others.

The Royals will begin their first-ever SA20 campaign on January 10 against MI Cape Town at Newlands, Cape Town. All matches from SA20, will be broadcasted live in South Africa on SuperSport, and in India on Sports18 and Jio Cinema.