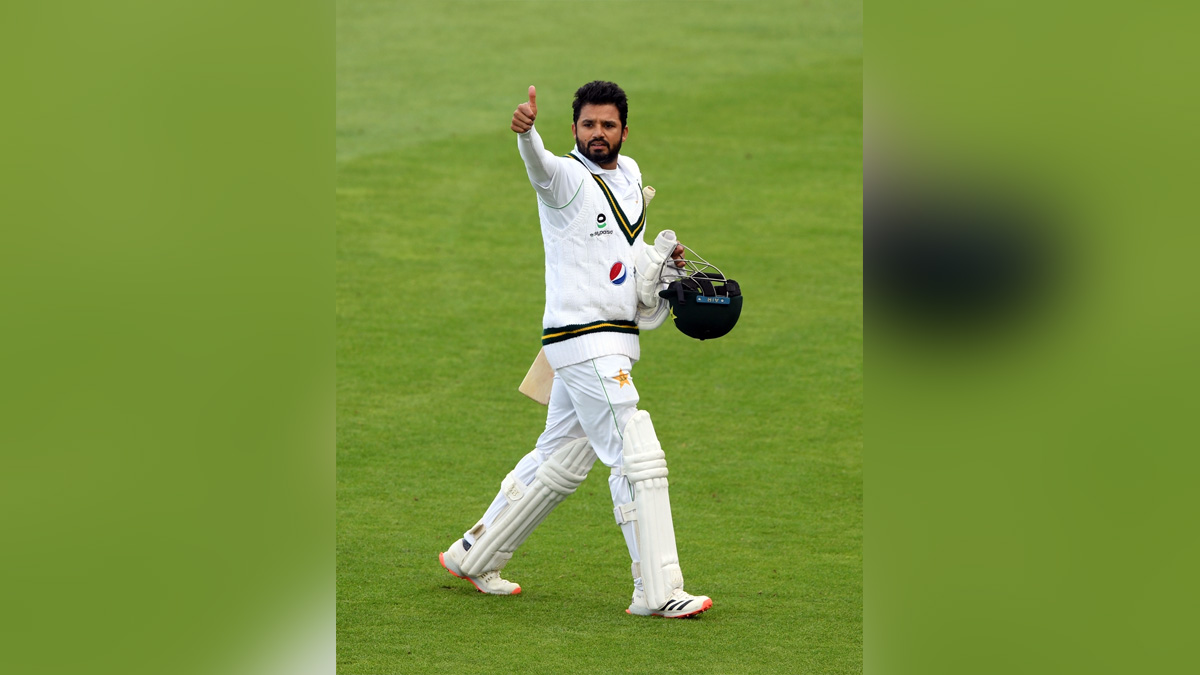 Karachi : Azhar Ali, considered as one of Pakistan’s most successful batters in red-ball cricket, announced on Friday that he would be retiring from Test cricket following the third and final match of the series against England, which begins on Saturday.

The Karachi Test against England will be Ali’s last and 97th Test match for Pakistan, since he made his debut in the format against Australia at Lord’s in 2010. Till now, he has amassed 7,097 runs in 96 matches at an average of 42.49, including 19 centuries and 35 half-centuries.

“It has been a great honour and privilege for me to represent my country at the highest level. Deciding on when to call it a day is always tough, but, after contemplating deeply, I realised that this is the right time for me to retire from Test cricket.

There are many people who I am grateful to in this strenuous, yet beautiful journey. I want to make a special mention of my family without whose sacrifices; I would not have been where I am today.

My parents, wife, siblings, and children have been my strength throughout,” said Ali in an official statement by the Pakistan Cricket Board (PCB). Ali is also Pakistan’s fifth leading run-getter in Test cricket behind legendary batters Younis Khan (10,099), Javed Miandad (8,832), Inzamam-ul-Haq (8,829) and Mohammad Yousuf (7,530).

In 2010, Azhar, shortly after his Test debut as a 25-year-old, scored his maiden Test half-century in only his Test second match. He is also the only Pakistan batter to score a triple-century in a pink-ball Test – a feat that he achieved against the West Indies at Dubai in 2016.

That unbeaten 302 remains his highest score in Test cricket. “I have been blessed to share dressing room with some of the most outstanding cricketers with whom I share a strong bond. I feel much richer by calling these people my friends.

I am also blessed to have played under some wonderful coaches to whom I will always remain grateful.” I retire from international cricket as a fulfilled cricketer who ticked most of the goals he had set for himself.

Not many cricketers go on to lead their countries, and that I was able to captain Pakistan is a matter of great pride for me. From being a kid who started as a leg-spinner to becoming a mainstay in the Test batting line-up, I had the loveliest moments of my life that I will cherish forever,” he added.

Over the course of his 12-year career, Azhar also made two double-centuries — 226 against Bangladesh in Dhaka (May 2015) and 205 not out against Australia in Melbourne (December 2016). Azhar captained Pakistan in nine Tests in two separate tenures from 2016 till 2020.

He also scored at least one century in Australia, Bangladesh, England, Pakistan, Sri Lanka, United Arab Emirates, the West Indies and Zimbabwe. Against Australia in Abu Dhabi in 2014, Azhar scored a century in each innings (109 and 100 not out) to help Pakistan win the second Test by 356 runs and two-Test series 2-0.

“Azhar Ali has been one of the most committed and loyal servants of Pakistan cricket. His grit and determination have been an inspiration for many young cricketers and he is a role model for up and coming cricketers.”

While it is sad that Pakistan will not have a player of his experience in the dressing room to draw upon, it only reflects the circle of life. I hope to see Azhar continuing to play a role in the development of Pakistan cricket and sharing his vast knowledge and experience with budding cricketers,” said PCB Chairman Ramiz Raja.

Overall, he scored 1845 runs at an average of 36.90, with three centuries and 12 half-centuries, in ODIs. In the series against England, Ali had been dropped from the second Test at Multan, which the visitors’ won by 26 runs after Pakistan lost the first Test at Rawalpindi by 74 runs.

England have already an unassailable 2-0 lead and would be aiming for a clean sweep in Karachi which will also be Ali’s swansong from Test cricket.