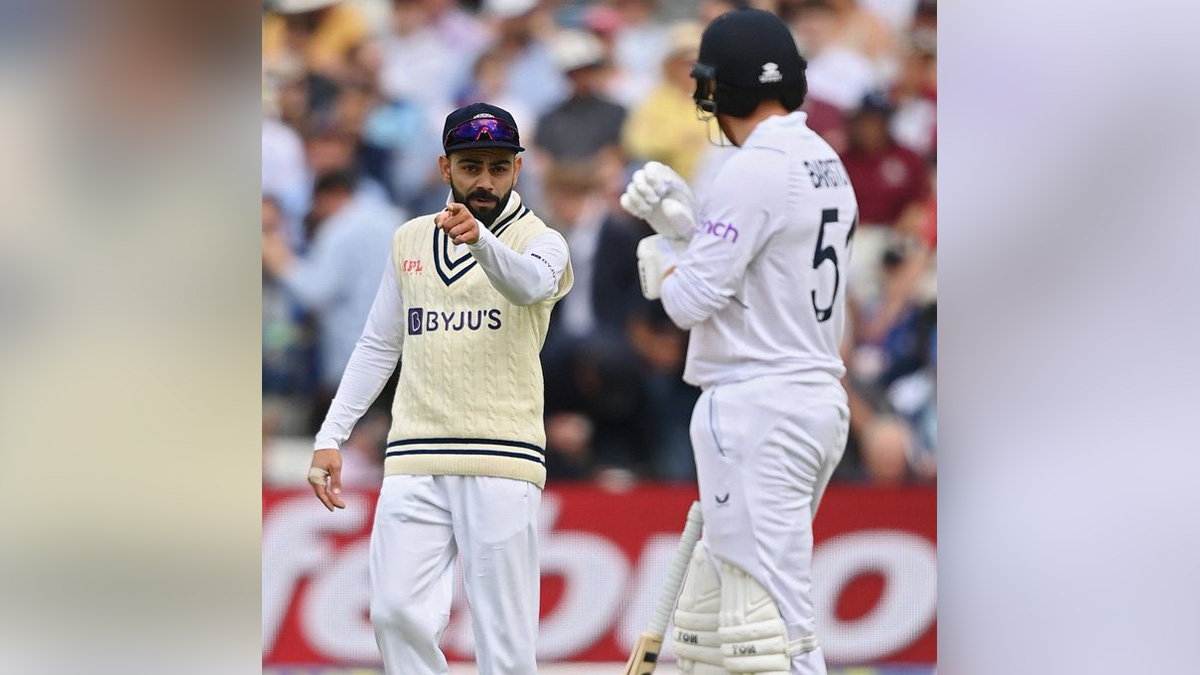 Edgbaston : England middle-order batter Jonny Bairstow has dismissed the angry exchanges with India’s Virat Kohli on Day 3 of the rescheduled fifth Test here on Sunday as part and parcel of the game, given the fiercely competitive nature of the sport.

On a truncated day two of the rescheduled fifth Test at Edgbaston, Virat Kohli was heard saying “A bit faster than Southee, eh?” at a time when Bairstow was struggling to find his way in bowler-friendly conditions.

Sunday was turning out to be a continuation of Bairstow’s cautiousness from the day before. As Kohli chirped again from the slip cordon, he attracted Bairstow’s attention and thus began the exchange of words between the two.

In between, Kohli was seen putting his finger on his mouth and gesturing Bairstow to get back to batting, with words like “shut up, just stand and bat” coming in the 33rd over. The umpires had to come in to separate the duo as England skipper Ben Stokes saw all of this from the non-striker’s end.

On the very next ball, he went for a big, booming drive, only to be beaten by a Shami outswinger with Kohli having a hearty laugh.That incident sparked an aggressive turn in Bairstow’s batting approach. Before the clash of words with Kohli, Bairstow was at 13 off 61 balls.

After that, the batter shed his cautious self for an aggressive avatar, hammering a whirlwind 93 runs off the next 79 balls to make a belligerent 106, his third Test century in as many matches and fifth hundred of this year.

On the exchange of verbal volleys, Bairstow said, “We’ve played against each other for a solid 10 years now. It’s a bit of craic. We’re fiercely competitive on the field and that’s what it’s about. We’re playing Test cricket and we’re two competitors.

It brings the best out of us. Whatever it takes, you want to get your team over the line and that’s part and parcel of the game.”Bairstow was happy with his batting, though it still left the hosts trailing by more than a century of runs at the end of the first innings.

Last night was survival, but you’ve got to be in a positive frame of mind and pick and choose your balls.And choose when to put it back on them. I’m just thinking ball, take the simplicity, remain as free as you can…”