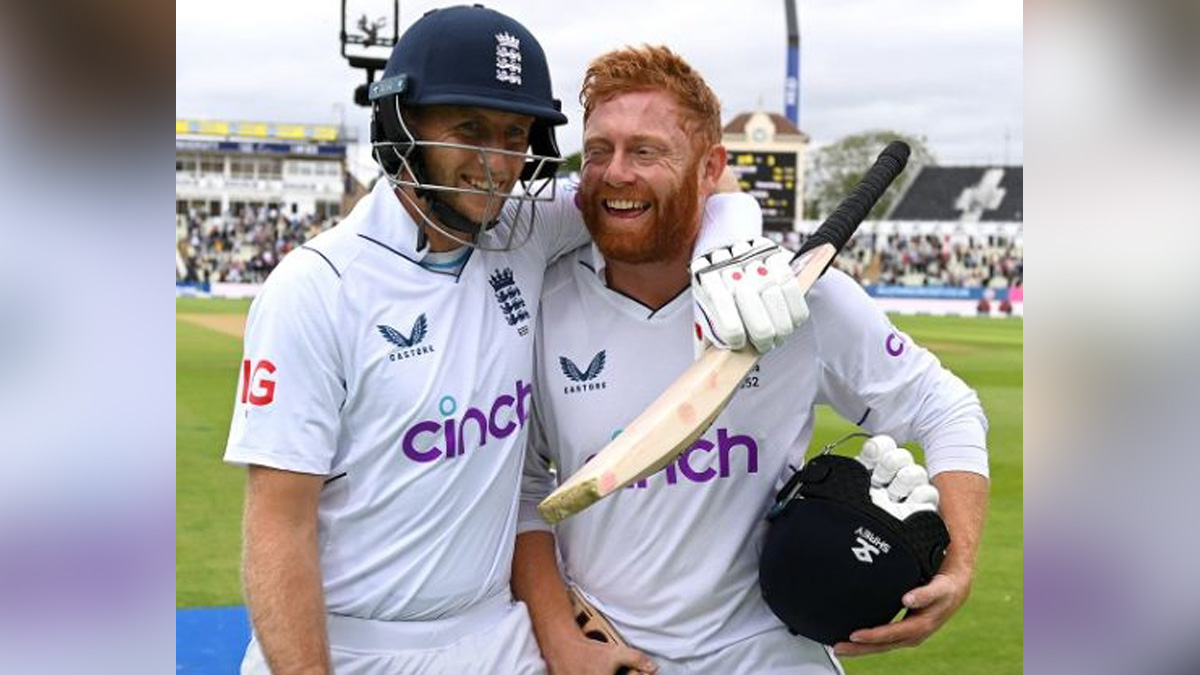 Edgbaston (Birmingham) : Addressing the media after England’s emphatic win over India in the fifth and final Test of the 2021-22 series by virtue of which the hosts drew level at 2-2 Joe Root, the deposed captain but still the master batsman, said that “people (opponents) could now be intimidated by us (by the way we are playing)”.

Over three Tests against New Zealand and now versus India, England have played a stunning brand of aggressive cricket alien to Test cricket, but thrilling for the spectators and great for the game.Root explained: “There’s been a shift in mentality.

Before the match, Ben (Stokes, Root’s successor as skipper) said ‘we are going to chase, not bat first’. He had the full backing of the side.”Root (142*) scored an unbeaten century along with Jonny Bairstow (114*) as they plundered 269 runs in an unbroken fourth wicket partnership which carried England to an unexpectedly easy win over India.

About Bairstow, who notched up century in both innings of the match, Root said: “There is absolute clarity in how he has been told to go out and play. What an incredible batter and Test player he can be! He’s got the whole package.

“About himself, Root stated: “There’s still the Yorkshireman (known for their dourness) in me saying play straight. Then there’s the captain telling you to be a rockstar.”