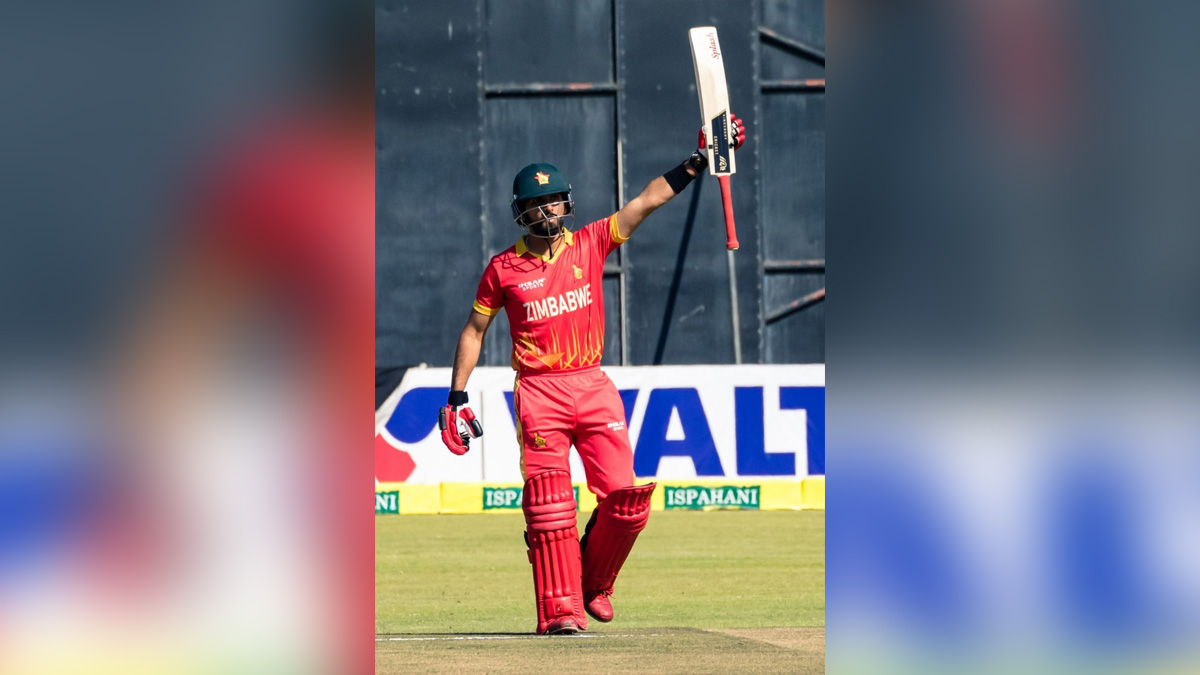 Performance of youngsters is the biggest positive from series win over Bangladesh : Sikandar Raza

Harare : Zimbabwe star Sikandar Raza, the Player of the Series in the ODI and T20I series against Bangladesh, has termed the performance of his young teammates in the absence of senior players as the biggest positive from the series victories.

Zimbabwe won the ODI and T20I leg, registering their first ever T20I series win over Bangladesh and their first ODI win in nine years against them during the course of the series.In the absence of regular ODI skipper Craig Ervine, all-rounder Sean Williams, and fast bowlers Tendai Chatara and Blessing Muzarabani, Zimbabwe handed out five debuts in the six matches and fielded a total of 17 players in the ODIs alone.

“From a team perspective, the biggest positive is the amount of youngsters who played in this series,” Raza said.”Some of our big names were missing. We don’t get to play a lot of games, but the new guys did well as well.

Tony (Munyonga) played a quality cameo, Victor (Nyauchi) bowled very well in the three games, Brad (Evans) held his own, and Clive (Madande) showed a glimpse of class.”All the senior players are missing due to injuries.

No one has been rested. We are trying to bring a winning culture in the changing room. We have complained about Zimbabwe not playing a lot of games, so now that we are getting games, we didn’t think of resting,” he added.

“One man doesn’t win cricket matches – not ODIs anyway. The unsung hero that nobody is talking about is Luke Jongwe.He took the ball in difficult circumstances every game, he has bowled well.

He has batted well too. He played an exceptional little cameo in the first ODI,” the all-rounder said.”You say that the focus is on me, but my focus is on the guys who have done well but not getting mentioned.

Luke, Tony, Clive, Victor, Bradley, who took the double-wicket over (in the third ODI)…these things break the opposition’s back,” he added.