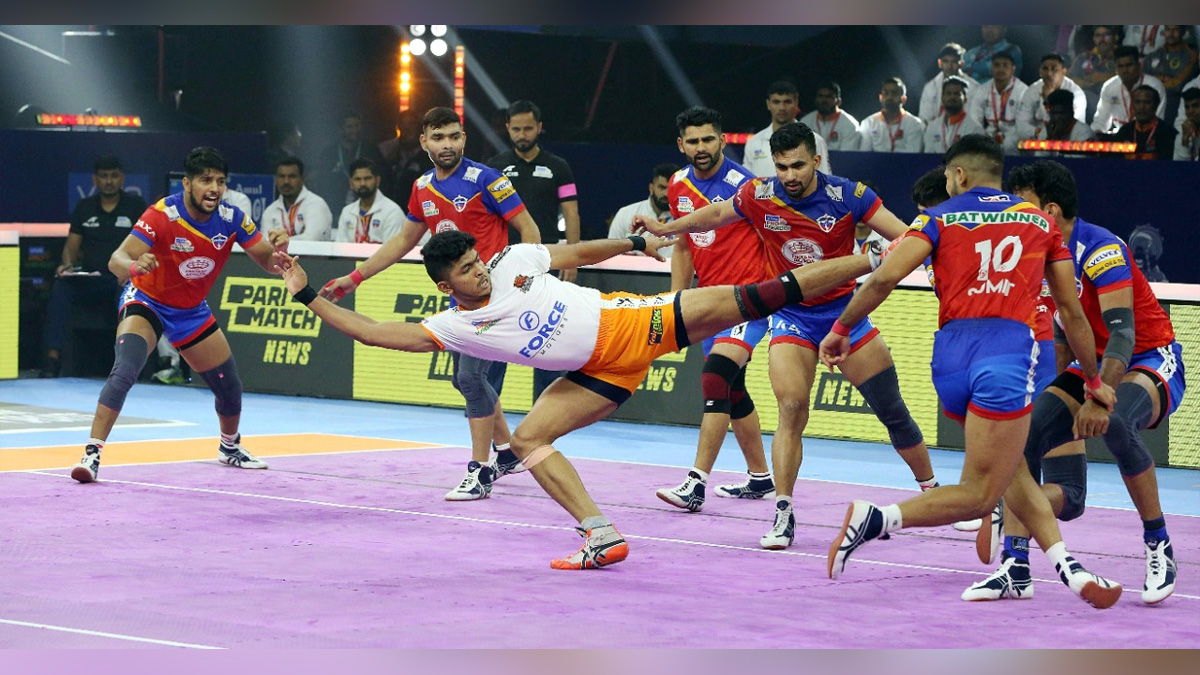 Pune : Raider Akash Shinde was the star with 15 points as the Puneri Paltan came out all guns blazing and registered a 40-31 victory over U.P. Yoddhas in the Pro Kabaddi League Season 9 at the Shree Shivchhatrapati Sports Complex, on Friday.

Both sides played out a neck-and-neck contest in the first few minutes of the match and were locked at 5-5. While Surender Gill picked up raid points for the U.P. Yoddhas, raider Akash Shinde led the charge for the Puneri Paltan.

However, Shinde picked up successive raid points and defenders Mohammad Nabibakhsh and Fazel Atrachali backed him up to help the Pune side inch ahead at 9-6 in the 11th minute.Mohit Goyat also joined the party as the Paltan earned a massive lead at 12-7 in the 15th minute.

The Pune side kept raging on and ended the first half in the lead at 19-11.The Yoddhas showed more urgency in the second half and they inflicted an All Out to reduce the between the two sides at 18-21.

However, Goyat pulled off a fantastic raid in the 25th minute to help his team keep moving forward. Surender Gill carried out a multi-point raid, but Puneri Paltan still held the lead at 27-23 in the 30th minute.

Moments later, Fazel Atrachali tackled Pardeep Narwal and helped his team inflict an All Out and take a massive lead at 33-24. The Puneri Paltan continued to be on fire for the rest of the match and eventually closed out a comprehensive victory.