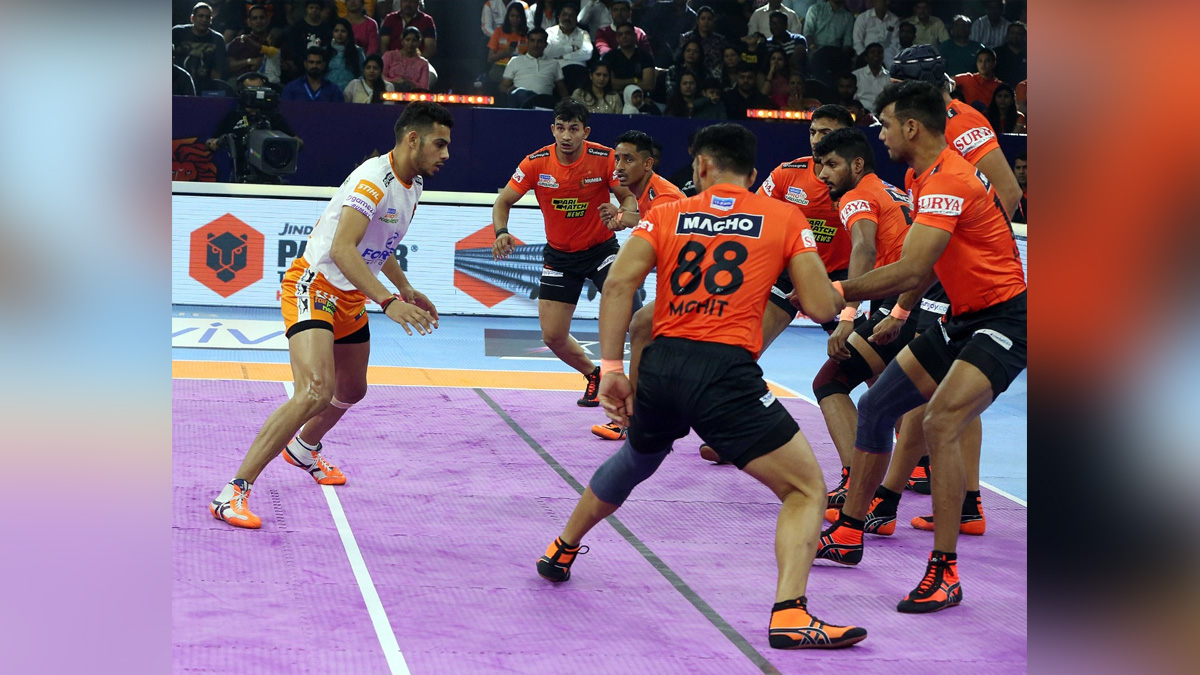 Pune : Ashish pulled off a Do-or-Die raid in the last seconds of the match to help U Mumba prevail over Puneri Paltan in a close contest in the Pro Kabaddi League Season 9 at the Shree Shivchhatrapati Sports Complex, here on Friday.

U Mumbai and Puneri Paltan were engaged in a neck-and-neck battle but the Mumbai side played its cards better in the last few minutes of the match to eventually defeat Puneri Paltan 34-33 on the night.Aslam Inamdar picked up a couple of raid points as the Puneri Paltan inched ahead at 4-3 in the 8th minute.

However, Guman Singh pulled off a Super Raid, catching out Sombir, Aslam Inamdar and Abinesh Nadarajan to help the Mumbai side take the lead at 10-8 in the 13th minute.But, Mohit Goyat and Mohammad Nabibakhsh carried out a Super Tackle in the 15th minute and got the Puneri Paltan back in the lead at 12-10.

However, U Mumba fought back and inflicted an All-Out in the 19th minute to take the lead at 15-13. Thereafter, Aslam Inamdar picked up a bonus point just before half-time as both teams went into the break locked at 15-15.

After fighting an even battle in the opening minutes of the second half, the Pune side inched ahead at 19-16 in the 27th minute through excellent raids by Aslam Inamdar and Mohit Goyat.Moments later, Goyat effected a magnificent raid to reduce the Mumbai side to just one player on the mat.

The Puneri Paltan tackled Guman Singh and inflicted an All-Out to take a massive lead at 25-20 in the 32nd minute.Guman Singh effected a multi-point raid, but the Pune side still held the lead at 27-25 in the 36th minute.

However, U Mumba inflicted an All-Out in the 38th minute and soon after, took the lead at 31-30.Mohit effected a raid in the dying seconds of the match to level the scores at 33-33, but Ashish pulled off a Do-or-Die raid to hand U Mumba a thrilling victory in the end.