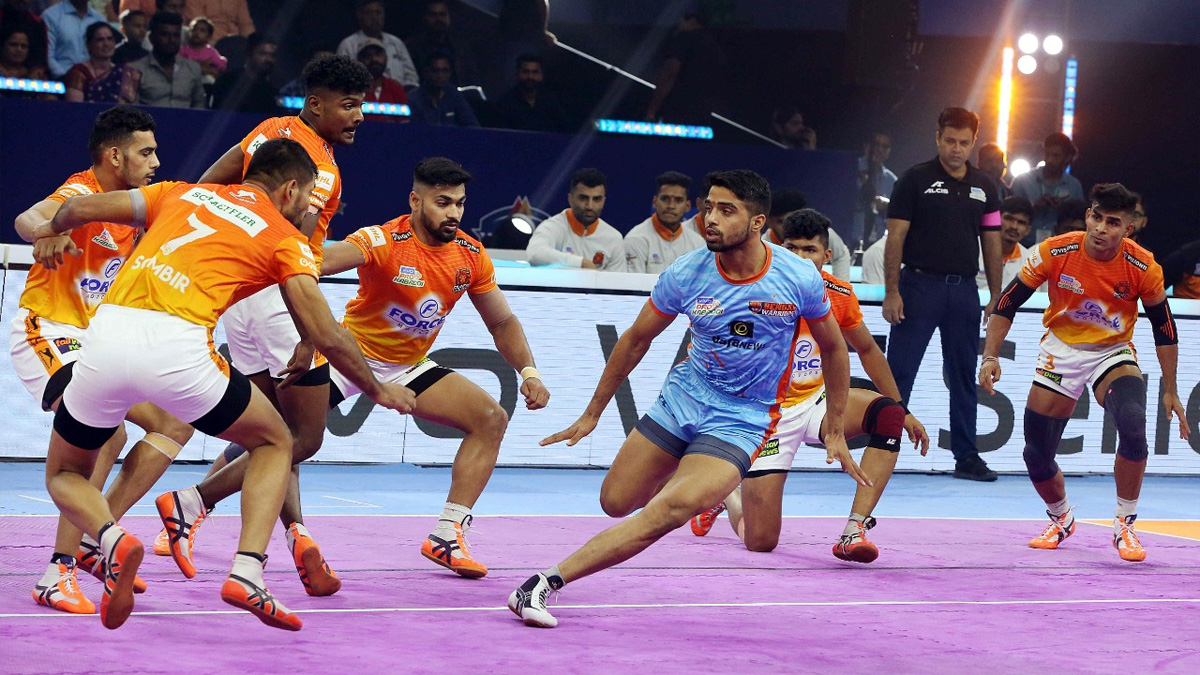 Pune : The prolific trio of Akash Shinde (10 points), Inamdar (9) and Mohit Goyat (8) were the star performers as Puneri Paltan defeated the Bengal Warriors 43-27 in the Pro Kabaddi League Season 9 at the Shree Shivchhatrapati Sports Complex here on Monday.

On an evening when Aslam Inamdar reached the 100-point mark for the season, Puneri Paltan recovered from a narrow 1-point defeat to neighbours U Mumba to overcome Bengal Warriors and were leading the standings with 49 points from 14 matches.

On Monday, a see-saw first half saw Paltan streak into an early lead, inflicting the first All-Out on the Warriors to surge into an 11-1 lead.However, the Warriors rallied and picked up a string of points where they not only scored 10 points of their own but also ensured that Paltan only got a mere 3.

They got an All-Out of their own to cut the gap before the pendulum swung again. Within five minutes, Paltan had another All-Out, streaking away into a 24-12 lead. They held onto it to go into halftime leading 24-13.

The Paltan kept the momentum going through the second half as the raiding trio of Inamdar, Shinde and Goyat regularly grabbed points and didn’t allow the Warriors any chance to recover.At the other end, the Warriors were relying solely on Maninder, whose success wasn’t enough.

The Paltan inflicted a third All-Out in due course as they consolidated their lead to 33-14.Thereafter, Puneri Paltan continued to be in control of the match and Shinde’s Super Raid, which caught out D. Balaji, Surender Nada, Vaibhav Garje and Manoj Gowda, in the final minutes, sealed the deal for the Pune side.