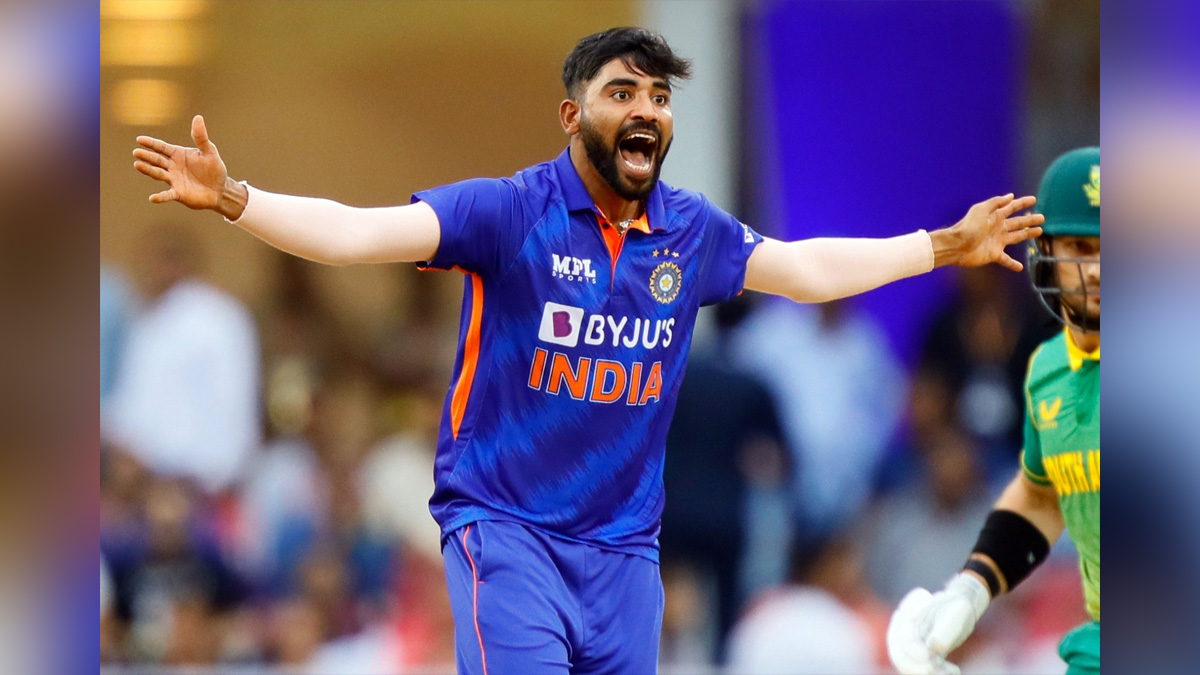 Napier : India pacer Mohammed Siraj revealed that the mantra behind his incredible four-wicket haul in the third T20I against New Zealand was to bowl as much hard length deliveries as possible to rattle the hosts batting order.

Bowling in the middle and death overs, Siraj made great use of hard lengths and hitting the pitch hard at a favourable McLean Park pitch to take out Mark Chapman, Glenn Phillips, James Neesham, and Mitchell Santner in a fiery career-best spell of 4/17 in four overs.

“Bowling hard lengths in Napier wasn’t easy. My plan was very simple — to bowl hard length deliveries as much as possible. I am feeling very happy. As a fast bowler performing well gives you good confidence,” said Siraj in a chat with Arshdeep Singh in a video posted on BCCI.TV.

Siraj was generally known to leak runs in the shortest format of the game, and had an unimpressive IPL 2022 for Royal Challengers Bangalore. But against New Zealand at Napier, he was at his impressive best.

With experience of playing T20 games, Siraj, 28, stated that his plan is simply to not give away too many runs. “My mindset in T20 is, whether I get a wicket or not, my aim is to not leak runs and don’t bowl too many boundary balls. That’s my plan. I don’t try to do much.”

He signed off by saying it’s a joyful moment for him whenever gets to play for India. “It’s a different joy when I represent and perform for India. I naturally bowl like this, and experience also plays a role. When you are representing India and performing well, it is a different feeling altogether.”

The effort will be to enjoy the game, play without fear : Hardik Pandya on road ahead in T20Is