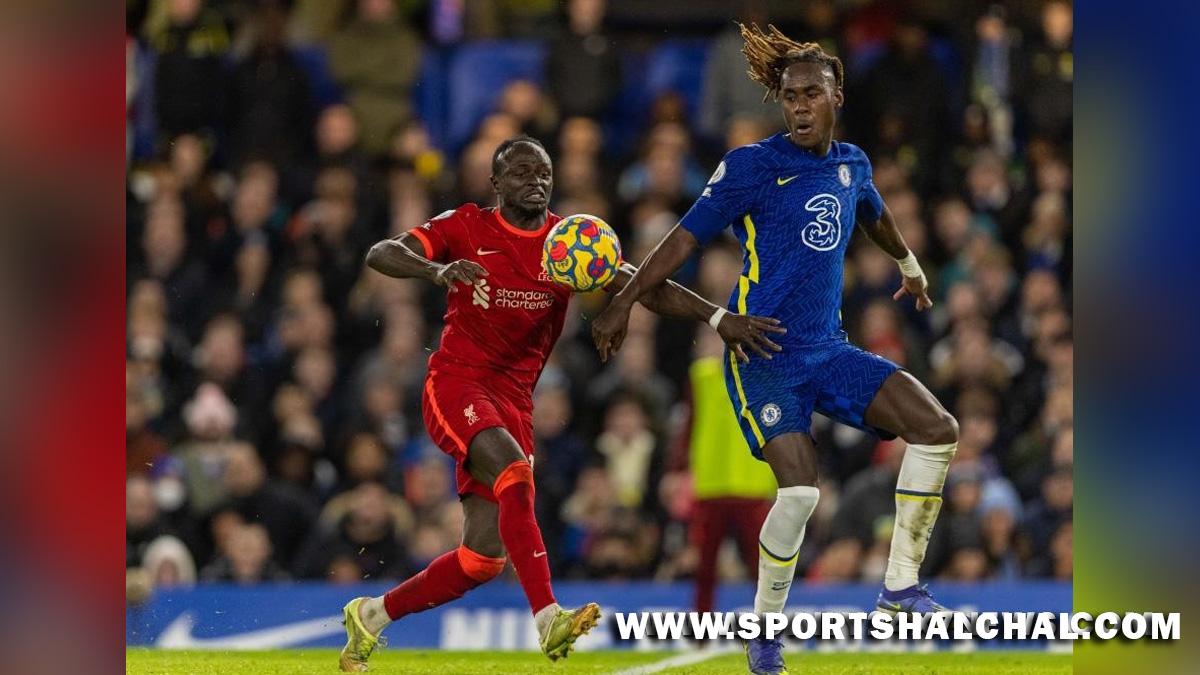 Premier League: Chelsea rally to hold Liverpool to a 2-2 draw

London : Chelsea came back from two goals down at home to Liverpool as the Premier League’s second- and third-placed teams drew 2-2 at Stamford Bridge.The only real winners of the game were Manchester City, whose lead at the top of the table has opened to 10 points after their 2-1 win away to Arsenal on Saturday.Chelsea coach Thomas Tuchel left striker Romelu Lukaku out of his side on Sunday evening after the Belgian’s recent declarations that implied he wasn’t happy in London and would like to return to Italy, but he soon found his side 2-0 down after Sadio Mane and Mohamed Salah struck for Liverpool.Mane fired home from the edge of the Chelsea area after a defensive error, while Salah produced a cool finish to take advantage of Trent Alexander-Arnold’s ball over the top.However, in a high-energy match, Chelsea were level thanks to two goals in three minutes before the break. Mateo Kovacic scored with a stunning volley from outside the area, before Christian Pulisic levelled the scores in first-half injury time after a pass from N’Golo Kante, Xinhua reports. Two goals from Alexis Mac Allister helped Brighton to a 3-2 win away to Everton, to pile the pressure on Rafa Benitez ahead of next weekend’s FA Cup visit to Hull City.

Mac Allister opened the scoring in the third minute, and Dan Burn doubled Brighton’s lead on 20 minutes.Anthony Gordon pulled a goal back for Everton early in the second half, but Mac Allister restored Brighton’s two-goal advantage with 20 minutes left to play, and although Gordon gave Everton a lifeline five minutes later, Brighton held on for three points.Leeds United claimed a vital 3-1 win at home to Burnley to lift them away from the danger zone. Jack Harrison, Stuart Dallas and Daniel James scored for Leeds, while Maxwel Cornet’s 54th minute free-kick briefly gave the visitors hopes of a point.Brentford came from behind to claim three points at home to Aston Villa to leave them 12 points above the relegation zone, one place above their rivals.Danny Ings put Villa ahead on 16 minutes after being set up by Emiliano Buendia, but Yoane Wissa drew injury-hit Brentford level before the break, and although Steven Gerrard’s side had some sterile dominance after half-time, Brentford wing-back Mads Roerslev won the game in the 83rd minute, smashing home after Emi Martinez had saved his original shot.On Saturday, Manchester City won 2-1 away to Arsenal with a late goal from Rodri, while West Ham survived a late fightback to beat Crystal Palace 3-2 at Selhurst Park and Tottenham took all three points from Watford thanks to Davinson Sanchez’s 96th minute header.