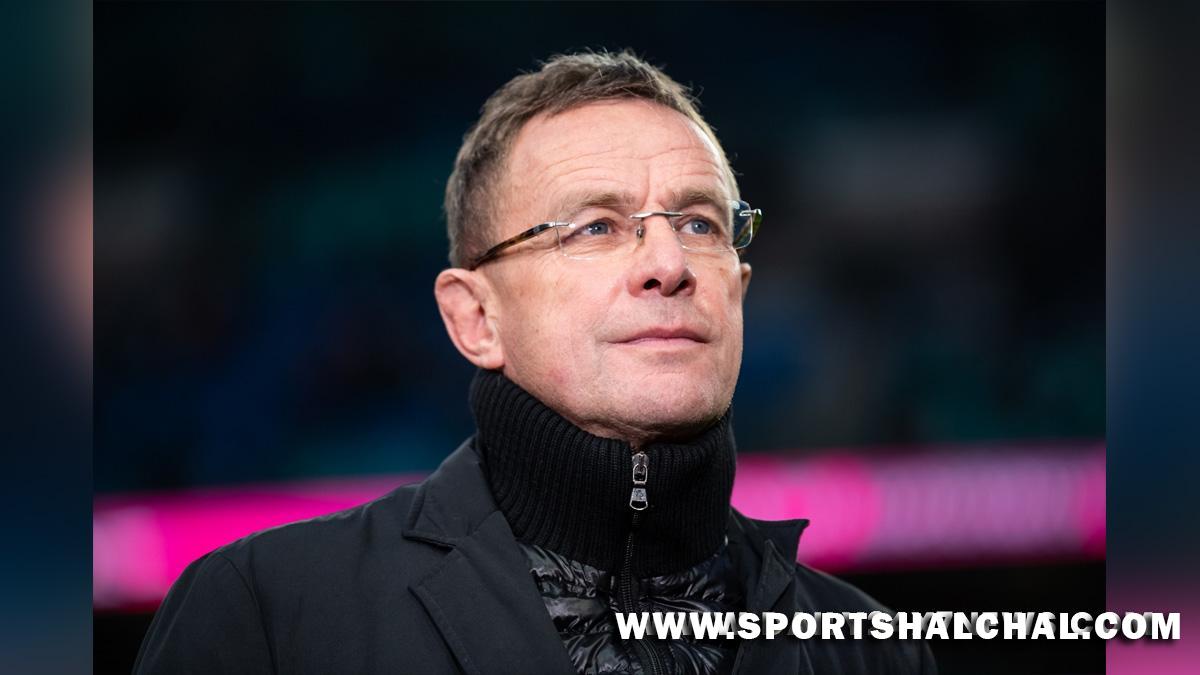 Manchester : Manchester United interim manager Ralf Rangnick has been left frustrated and disappointed by his team’s 1-1 draw with Newcastle United in the Premier League and said he wants to see more physicality and energy from his players.United went behind to a seventh-minute strike by Allan Saint-Maximin before Edinson Cavani came off the bench to grab a point for the Red Devils, who were once again thankful for some superb saves from David De Gea.It was Manchester United’s first match after 16 days due to the recent Covid outbreak and Rangnick said he wanted to see more from his side in terms of battling and risk-taking.”I didn’t like it [the performance] at all. We’ve been trying to get better at controlling games — today, we didn’t control the game apart from a few moments. It’s all about energy, physicality, and who wins the second balls and the transitional moments and, in all those areas, we were not at our best. In the end, we got a point but the performance overall needs to get better,” the manager said in his post-match press interaction on Monday night.

“Against (Crystal) Palace, we were better, that was a different game and we played at home. We then had two away games at Norwich and here at Newcastle and, as I said, it’s about physicality, it’s about energy… you have to be ready and able to win those direct duels and this was not that often the case. Even when we were in possession of the ball, we had too many giveaways, including the goal that we conceded and, if after seven minutes you are one-goal down at St James’ Park, then it doesn’t make things easier.”Today was not a question of body language, it was a question of body physicality. The body language was not that much of a problem today, but if you want to be competitive here against Newcastle, then you have to get physical and this was not the case in many parts of the game and, therefore, we were struggling,” Rangnick said.

He said the unforced errors made by his players were the reason for their struggles in recent matches.”Our biggest problem was the mistakes we made, the giveaways, the unforced errors when we had the ball, we just had too many balls that we gave away. Even in the second half, when we scored the equaliser and they had two or three injured players, we were not controlling the game and taking the wrong decisions in the important moments and that’s what it’s all about,” he said.The United manager praised Edison Cavani for creating an impact in the match.”Obviously, we were one goal behind so we needed a goal and we had to take more risks so we brought Edinson Cavani and Jadon Sancho on to play in a 4-1-3-2. In some situations, including the goal we scored, we were good. Edinson has two other good chances to score and with him, we had another striker who was dangerous in front of goal. Today, it was not a question of formation – it was a question of how aggressive we were. It was a question of energy and, in those areas, we need to get better, including what we were doing when we’re in possession of the ball,” he added.