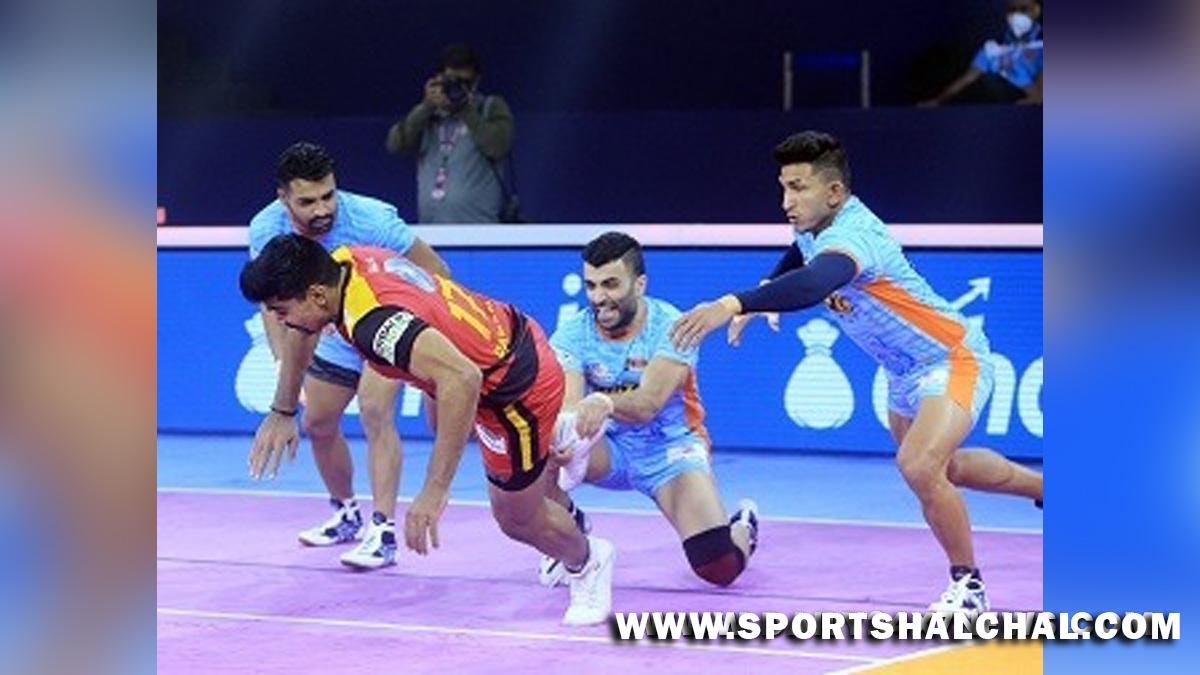 Bengaluru : Bottom-placed team Puneri Paltan and defending champions Bengal Warriors will hope to make a comeback when they take on Tamil Thalaivas and Patna Pirates respectively, on Day 10 of Pro Kabaddi League Season 8 here on Friday.Puneri Paltan, despite showing glimpses of brilliance through their all-rounder Aslam Inamdar, have struggled to gather points with top raider Rahul Chaudhari not getting the expected points.The match will be followed by Patna Pirates’ encounter against defending champions Bengal Warriors who suffered a humiliating loss against Dabang Delhi K.C. on Wednesday.Tamil Thalaivas have been involved in two ties this season (in three matches). Coach J Udaya Kumar will now need to figure a way to ensure they convert these tight games into victories. In Manjeet and Bhavani Rajput they have two lanky raiders who have impressed in patches. But Tha’iavas’ habit of losing momentum towards the closing stages of the match has seen them concede cheap points.Captain Surjeet Singh will need to marshal his defence well against Puneri Paltan’s raiding trio of Aslam Inamdar, Mohit Goyat, and Pankaj Mohite. The three youngsters have been the backbone of coach Anup Kumar’s plans with Rahul Chaudhari not being given the full 40 minutes on the mat.With one win in three matches, Puneri Paltan are at the bottom of the PKL season 8 points table.

Warriors need to bounce back
Defending champions Bengal Warriors will be looking to bounce back after a humiliating 52-35 defeat against Season 7 finalists Dabang Delhi on Wednesday. The Warriors struggled against Delhi raider Naveen Kumar and that could force a few changes in the starting line-up against Patna Pirates.Their defender Sachin Vittala had a particularly bad day on the mat with poorly-timed tackles while the ever-reliable Mohammad Esmaeil Nabibakhsh could only fetch three bonus points. The only positive was the performances of raiders Maninder Singh and Sukesh Hegde who picked up 25 points in total.Patna, with two wins in three matches, have looked unfazed by Pardeep Narwal’s move to U.P. Yoddha in the auction. Their raiding unit of Monu Goyat, captain Prashant Kumar Rai, and Sachin should pose a tough challenge for Bengal defence. In defence, the duo of Sajin C and Mohammadreza Chiyaneh has looked in great form for the three-time champions.

Extremely important that captain and coach should have a say in team selection : Ravi Shastri