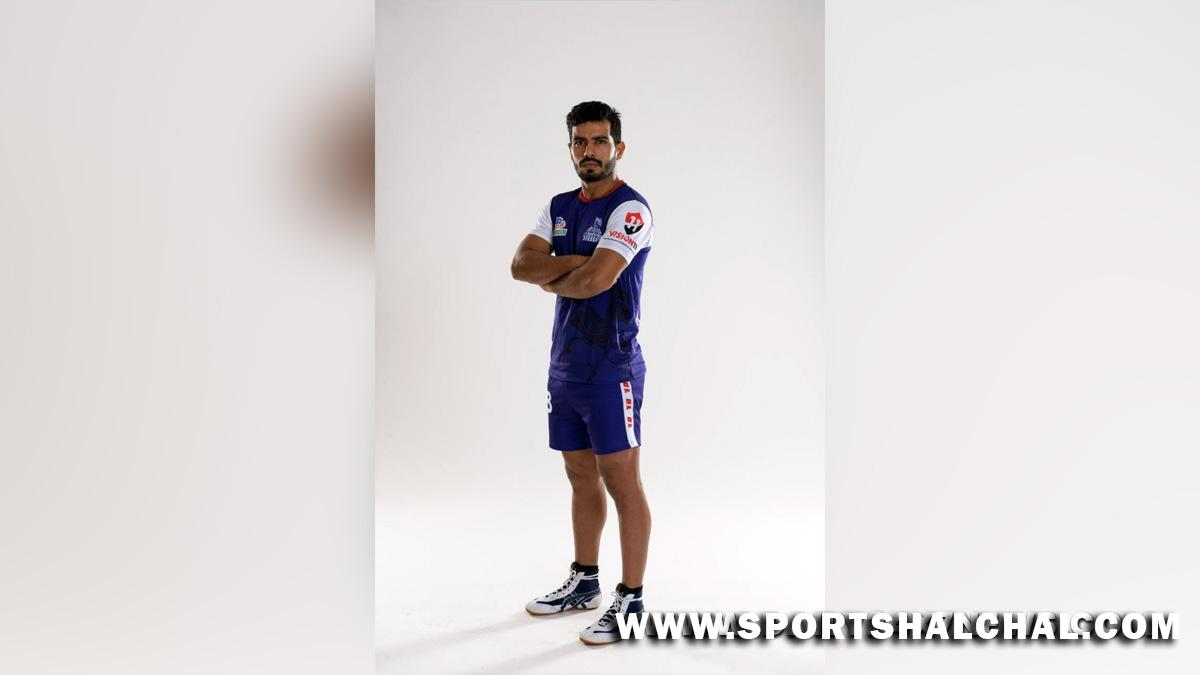 New Delhi : The Haryana Steelers on Saturday announced star raider Vikash Kandola as their captain for the eighth season of the Pro Kabaddi League, which is set to begin on December 22 in Bengaluru. The Haryana Steelers will take on Patna Pirates in their first match of this year’s season on December 23 in Bengaluru.Kandola performed brilliantly for the Haryana Steelers last season, finishing as the team’s leading point scorer, and 6th highest overall, with 195 points to his name. The Jind-born player is known for his explosiveness, running hand touches and agile dashes across the mat. Kandola has scored a total of 423 raid points in 55 matches at an average of 7.69 in his Pro Kabaddi League season so far.Speaking about being appointed as captain, Vikash Kandola said, “I am honoured and humbled to be named the captain of the Haryana Steelers.

I have been with this team for the last three seasons and I have loved every minute with the side. I will certainly put in my hundred percent in every match and also lead the team to the best of my abilities. We have got a great mix of experience and young talent and we will give our all throughout the tournament.”The Haryana Steelers, which finished fifth in the 2019 Pro Kabaddi season, acquired Rohit Gulia, Mohammad Esmaeil Maghsodlou, Hamid Mirzaei Nader, Rajesh Narwal, Brijendra Singh Chaudhary, Ajay Ghanghas, Vikas Jaglan, Ravi Kumar, Surender Nada, and Rajesh Gurjar at the VIVO Pro Kabaddi League Auction 2021 which was held in Mumbai from August 29-31, 2021.The Steelers retained Vikash Khandola, Vinay, Vikas Chillar, and Chand Singh from Season 7 of the Pro Kabaddi League in 2019. The eighth season of the Pro Kabaddi League will be held in Bengaluru in a bio-secure bubble.