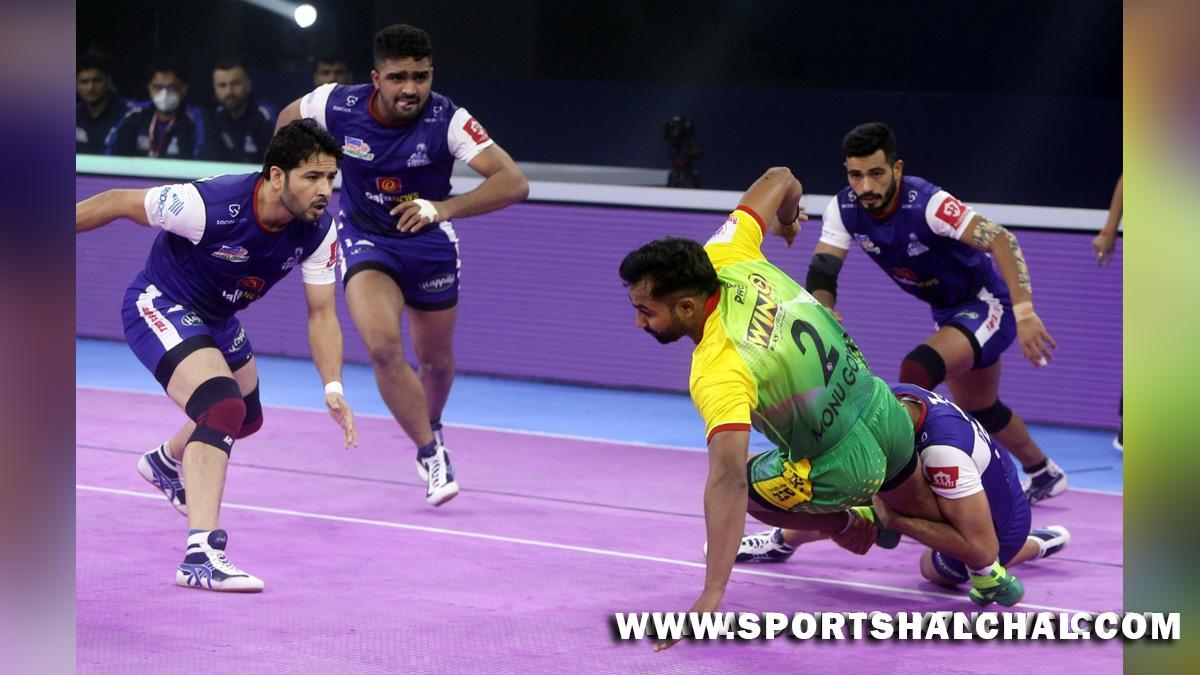 Bengaluru: The Haryana Steelers played out a close encounter against the Patna Pirates in their first match of the Pro Kabaddi League Season 8, here on Thursday.The Pirates attained momentum in the second half, however, the Steelers kept fighting to earn the lead before going down 39-42 in the match. Rohit Gulia was Haryana Steelers’ best player with 10 raid points in the game.The Haryana Steelers took the lead early on in the match, however, the Patna Pirates picked up a few points quickly and took the lead at 12-7 in the 11th minute. However, Rohit Gulia got the Steelers back into the match with a Super Raid in the 12th minute helping his team take the lead at 14-12. Moments later, the Haryana team carried out an All Out and extended their lead by 5 points at 18-13. The Steelers defence also backed up their raiders with some fantastic tackles as the teams went into the break with Haryana leading at 22-18.

The Patna team got off to a strong start after the break as Monu Goyat carried out a couple of raids in the opening minutes of the second half. The Pirates carried out an All Out in the 26th minute to get back in the lead at 27-26. The Steelers tried to fight back, but the Pirates defence stood tall and kept extending the lead. In the 29th minute, the Steelers defence unit carried out a fantastic tackle and reduced the Pirates’ lead. However, Goyat carried out a raid moments later and helped Patna take a six-point lead at 33-27.The Steelers fought back with a Super Tackle in the 32nd minute and carried out another Super Tackle moments later to reduce Patna’s lead. The Patna side led by just two points at 34-32 in the 33rd minute. Goyat carried out another raid and helped Patna take a five-point lead at 37-32. However, Surender Nada kept Haryana in the match with a magnificent tackle in the 36th minute of the match. Gulia carried out a raid in the dying minutes of the match to help Haryana inch closer to Patna’s score. However, the Pirates held on to their lead and clinched a thriller.