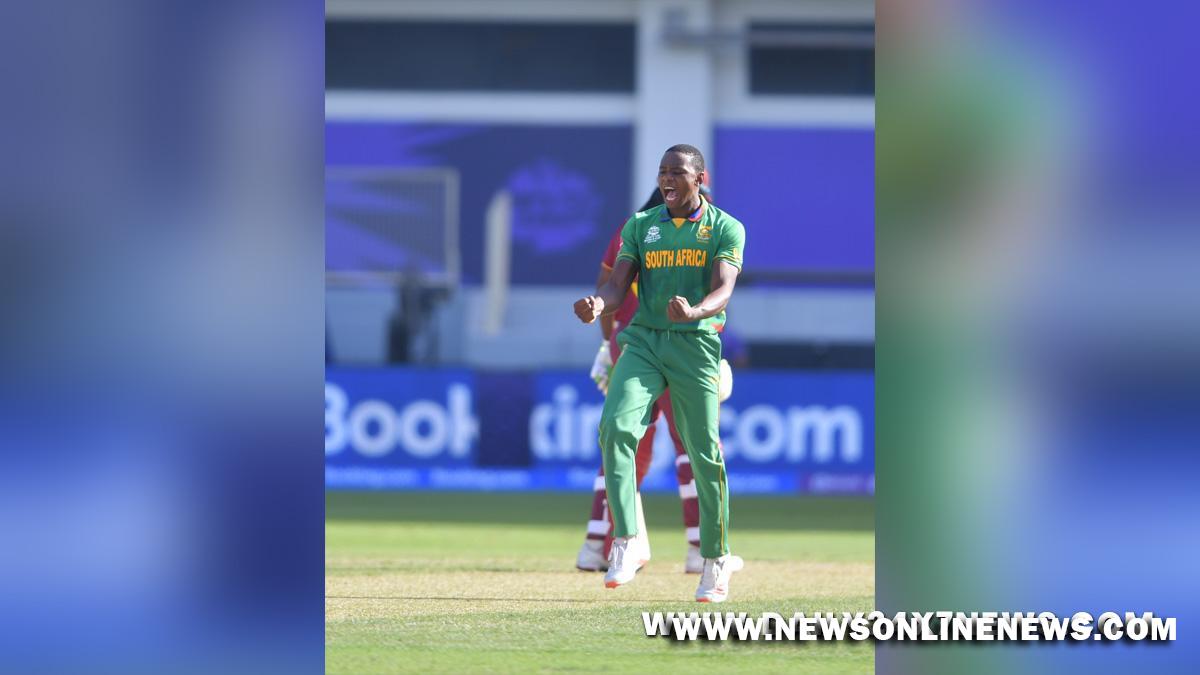 Cape Town : Stalwarts Quinton de Kock, Anrich Nortje and Kagiso Rabada will be at the forefront of the South African challenge when India begin their three-Test series against the hosts at the SuperSport Park in Centurion on December 26.The controversy over his pull-out minutes before South Africa’s game against the West Indies in the T20 World Cup in the UAE notwithstanding, de Kock has been included in the Test side being led by Dean Elgar, with Temba Bavuma as his deputy.De Kock was one of a number of South Africa players who had not been taking the knee ahead of recent internationals, including the team’s T20 World Cup tournament-opener against Australia, with some players kneeling, some raising a fist and some standing.Cricket South Africa had also issued a statement during the T20 World Cup saying that they had taken note of de Kock’s “personal decision” not to take the knee in support of “Black Lives Matter”.”Cricket South Africa (CSA) has noted the personal decision by South African wicketkeeper Quinton de Kock not to ‘take the knee’ ahead of the game against the West Indies,” CSA had said in a statement then.”All players had been required, in line with a directive of the CSA Board, to ‘take the knee’ in a united and consistent stance against racism. This is also the global gesture against racism that has been adopted by sportspeople across sporting codes because they recognise the power of sport to bring people together,” it had added.

On Tuesday, CSA, while announcing the 21-strong Test squad, said that the, “National Selection Panel has gone with the same core group that successfully toured the West Indies in June of this year and have included three others.”It said that Rabada, de Kock and Nortje would be returning to action besides the reintroduction of seamer, Duanne Olivier, who has returned to South Africa following a prolonged stint in the UK.Olivier’s last Test appearance for South Africa was in Gqeberha against Sri Lanka in February of 2019. Olivier has so far played 10 Test, snaring 48 wickets.”Glenton Stuurman and Prenelan Subrayen have also received the nods back into the team and Sisanda Magala and Ryan Rickelton will be pleased to receive their maiden Test team call-ups,” said a CSA statement.CSA Convenor of Selectors, Victor Mpitsang said, “It’s been a long few months since the last time we saw the team dominate in the West Indies. We are confident in the team that we have selected and believe fully in backing the talent that we have unearthed and cultivated over the last couple of seasons and giving players the backing that they deserve when they have continuously done well over a significant period of time.”This Test series is also important in terms of getting some points in the Test Championship table and we are confident that this group will pick up from where they left off and give us a good show on home soil,” said Mpitsang.South Africa Test squad: Dean Elgar (captain), Temba Bavuma (vice-captain), Quinton de Kock (wk), Kagiso Rabada, Sarel Erwee, Beuran Hendricks, George Linde, Keshav Maharaj, Lungi Ngidi, Aiden Markram, Wiaan Mulder, Anrich Nortje, Keegan Petersen, Rassie van der Dussen, Kyle Verreynne, Marco Jansen, Glenton Stuurman, Prenelan Subrayen, Sisanda Magala, Ryan Rickelton and Duanne Olivier.