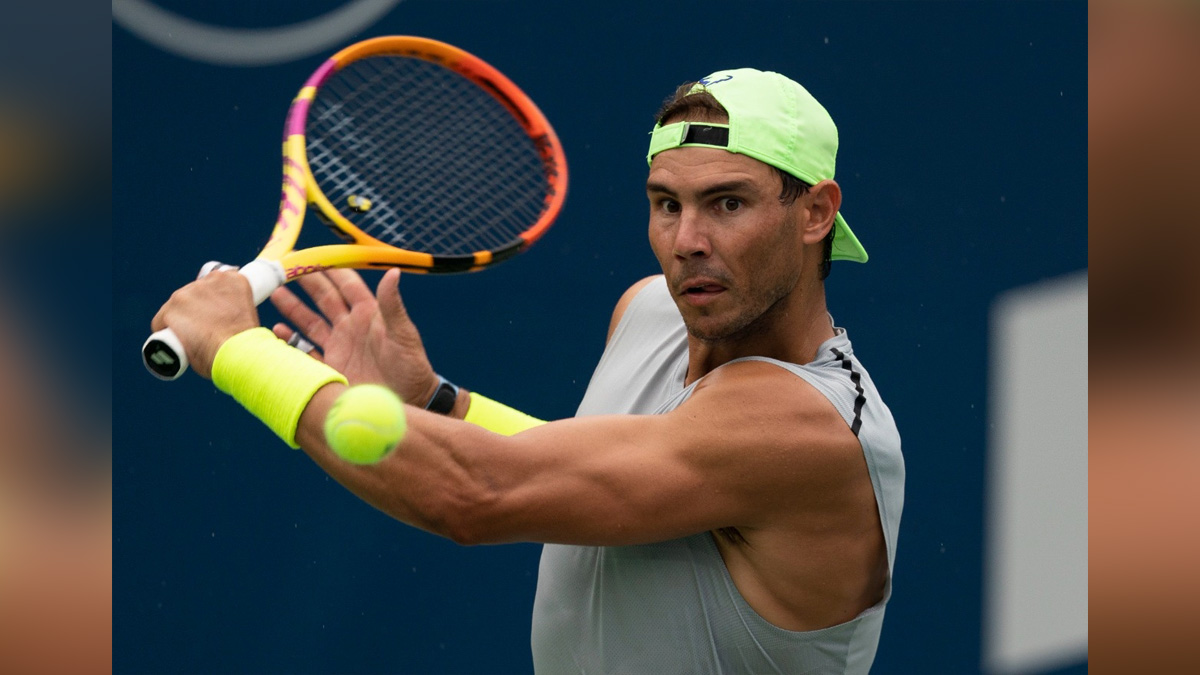 Cincinnati (US) : Rafael Nadal confirmed on Wednesday that he will travel to Cincinnati for the Western & Southern Open, where he could secure a return to World No. 1.If the Spaniard wins the ATP Masters 1000 title and current World No. 1 Daniil Medvedev fails to reach the quarterfinals, Nadal would rise to the top of the ATP Rankings.

The 36-year-old is set for his first competitive appearance since pulling out of Wimbledon just before the semifinals with an abdominal injury he sustained during the London fortnight. His difficult decision not to play Nick Kyrgios in that semi-final has allowed him a relatively quick return from the muscle tear.

Nadal confirmed his return in an Instagram post, where he said: “Very happy to play again in Cincy. Flying there tomorrow.”The 2013 Cincinnati champion, Nadal is 22-11 at the ATP Masters 1000 event and has reached the quarter-finals or better on seven occasions.

He has not competed at the hard-court showcase since 2017, when he lost to Kyrgios in the quarters.Nadal will be seeking his fifth title of the 2022 season as he looks to improve upon his stellar 35-3 record on the year.