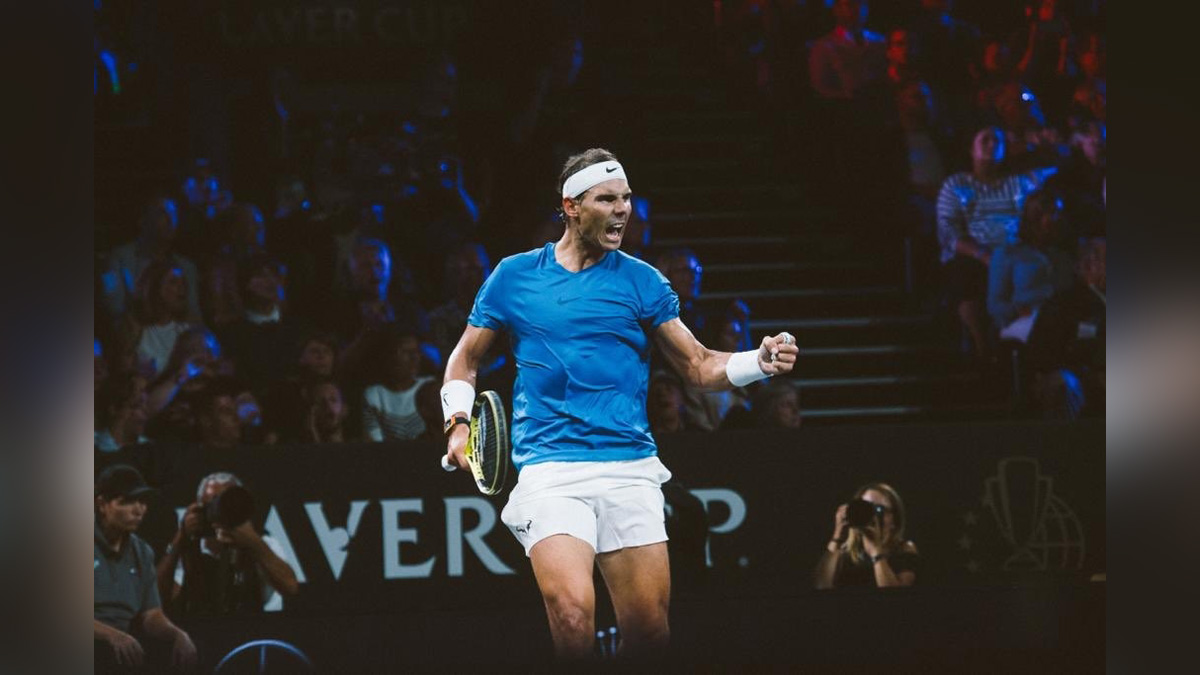 London : Spanish stalwart Rafael Nadal produced some of his best tennis for the second consecutive match after struggling in the initial rounds here at Wimbledon, to advance in straight sets against 21st seed Dutch Botic van de Zandschulp 6-4, 6-2, 7-6(6).

The winner of 22 Grand Slams will now take on 11th-seeded American Taylor Fritz on Wednesday for a place in the semifinal. This is the third consecutive time Nadal has secured a last-eight berth at SW19. He has reached the last-eight stage a total of eight times here, and will look to reach his third semifinal in as many tries when he takes on Fritz.

“I continued in a positive way. I think, until the end (when) I played a bad game at 5-3, (it) had been a very positive match against a difficult opponent. Botic has been improving unbelievably in the last year, so huge congratulations to him this amazing improvement,” Nadal was quoted as saying by atptour.com.

“In a personal way, after all the things that happened the last couple of months (chronic foot injury), to be able to be in the quarterfinals at Wimbledon after three years without playing here (since 2019), it’s amazing for me, so (I’m) very, very happy,” added Nadal.

The contest was more hard-fought than Nadal’s third-round win against Lorenzo Sonego of Italy, who broke for the first time late in the third set before Nadal snapped back to claim a 6-4 final set.Nadal is bidding to win all four majors in the same season.

By winning the third Wimbledon crown, and a record-extending 23rd major men’s singles title, he will then have to win only the US Open for the elusive calendar slam. He has never before entered Wimbledon with the Australian Open and French Open trophies in tow.

He will next face Fritz, who was a 6-3, 6-1, 6-4 winner against Jason Kubler of Australia. The American had beaten Nadal in the Indian Wells final in March. The 24-year-old is enjoying a breakout year, having reached a career-high ATP Ranking of No. 13 after his triumph at the BNP Paribas Open in his native southern California.

“He’s playing well, he’s having an amazing year, winning his first Masters 1000 – against me, by the way, in the final,” Nadal said. “It’s going to be a tough match, but we are in the quarterfinals of Wimbledon so what can I expect?”