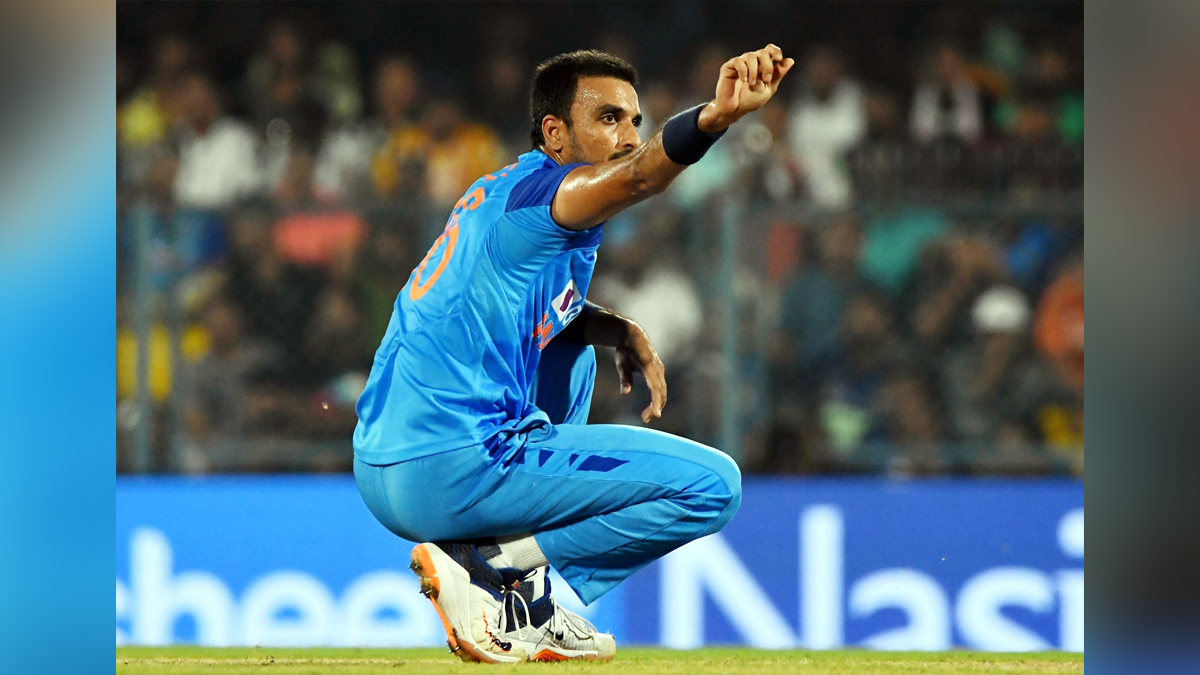 Indore : While India’s batting department has developed nicely with the new attacking approach in T20Is against Australia and South Africa, bowling in the death overs continues to be a headache for Rohit Sharma’s side.

With no Jasprit Bumrah in the Asia Cup, they turned to Bhuvneshwar Kumar, who conceded plenty of runs in the penultimate over thrice against Pakistan, Sri Lanka and then in the first T20I against Australia at Mohali.

Pacer Harshal Patel recovered from his rib injury and made a comeback through the series against Australia. But Patel, who made a reputation for himself with his death-overs prowess in IPL and later for India as well, was off his usual controlling self in the death overs against Australia and South Africa.

However, India head coach Rahul Dravid has backed Harshal, saying he’s got the quality and ability and won’t be singled out individually, citing the circumstances he faced on his comeback post injury.”I wouldn’t say it’s a concern.

I’ve answered this question some time ago as well. He has been someone who has bowled well in the last couple of years. He’s coming back from a month and a half off from the game (due to rib injury). And coming back into some really tough conditions.

Not the easiest of bowling conditions to walk into after you haven’t played for six weeks. We really back him. We know that he’s got the quality and ability,” said Dravid in the post-match press conference.With Patel conceding 49 runs in his four overs in the dead-rubber third T20I at Indore against the Proteas, it also marked the seventh time he conceded 40-plus runs in a T20I match for India this year.

His death overs economy rate in T20Is this year stands at 11.17, which is higher compared to his overall economy rate of 9.64 for India in 2022.”Sure, he’s not the only one. Overall, in the death (overs), all (have been) told, we need to get better, we need to improve, execute better.

Sometimes, it’s not about the plans. Sometimes, we’ve got some smart plans and strategies. But a lot of it comes down to that execution. The ability to deliver that yorker, or the slower one, or hit the wide line, or whatever it may be.

So, I won’t single him out individually,” added Dravid.While admitting that India have to get better with their death-overs bowling, Dravid stated that it was difficult to contain the batters in the last five overs when the pitches are flat.

“Obviously, you keep trying to get better in all the departments. Certainly bowling in the death, to be fair, it’s been very flat wickets, it’s not been easy bowling at the death, but only for our team, but even for the other teams too.

Australia and South Africa have a lot of experience in their bowling attacks, yet they’ve struggled in the death as well. So it’s not only us.””But yes, I don’t think we’ve to look at them, we’ve to look at ourselves.

We’ve to look at how we can improve and how we can get better. Certainly, that’s an area where we’d certainly like to improve and get better. Because we know that as you play these big tournaments, margins can be really small, and every run, boundary can matter.

If we can cut them at any stage in the game, that’s certainly going to make a difference.”Dravid signed off by expressing confidence in his bowlers executing their death-overs plans to perfection when the time to start their T20 World Cup campaign arrives.

“As a group, we need to certainly do better. We certainly have confidence in the boys. I mean when you look at the kind of group that we’ll take to Australia, all of them have done well, and done well in the death as well.

It’s just a question of us getting it all together and just hopefully executing them, when we come in Australia.”

Will miss Jasprit Bumrah in T20 WC, but it’s an opportunity for someone else to stand up : Rahul Dravid