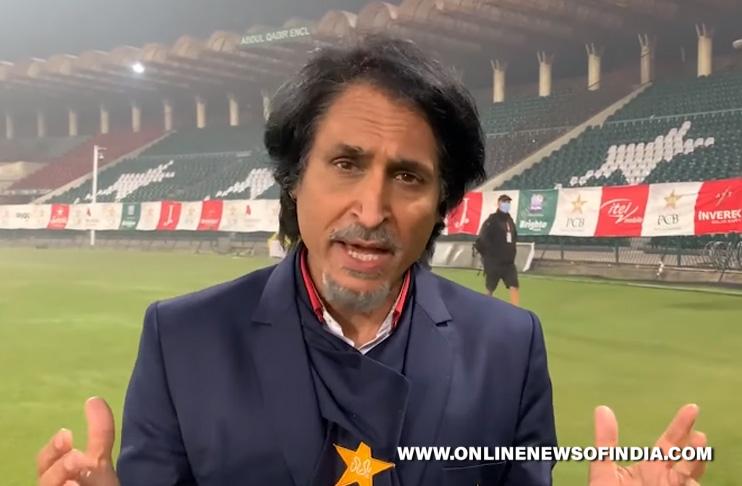 Lahore : Former Pakistan cricketer Ramiz Raja has been formally elected unanimously as chairman of the Pakistan Cricket Board (PCB) for a term of three years after winning an unopposed election. PCB Election Commissioner and retired judge Sheikh Azmat presided over a special meeting at the National High Performance Centre on Monday resulting in Raja taking over as PCB chairman.Raja, along with Asad Ali Khan, was nominated by the PCB Patron, Prime Minister Imran Khan, to the Board of Governors on August 27 for a three-year term, joining independent members Aasim Wajid Jawad, Alia Zafar, Arif Saeed, Javed Kurieshi and Chief Executive Wasim Khan.”I am thankful to all of you for electing me as the PCB Chairman and look forward to working with you to ensure Pakistan cricket continues to thrive and grow stronger, both on and off-the-field. Obviously, as a former cricketer, my other priority will be to look into the welfare of our past and present cricketers.

The game has and will always be about the cricketers and, as such, they deserve more recognition and respect from their parent institution,” said Raja to the Board of Directors in a release by PCB.Raja was an overwhelming favourite for the chairman’s post after his predecessor Ehsan Mani stepped down from the post. The 36th chairman of the PCB, Raja is the fourth former cricketer to be appointed to the post after Ijaz Butt (2008-11), Javed Burki (1994-95) and Abdul Hafeez Kardar (1972-77).”One of my key focuses will be to help introduce in the Pakistan men’s cricket team the same culture, mind-set, attitude and approach that once made Pakistan one of the most feared cricket playing nations. As an organisation, we all need to get behind the national team and provide them the desired assistance and support so that they can produce that brand of cricket, which the fans also expect from them each time they step on to the field of play,” said Raja.Raja captained Pakistan in Tests and ODIs while appearing in 255 matches in international cricket, scoring 8,674 runs overall from 1984 to 1997. He had previously served in the PCB as its Chief Executive from 2003-2004. Raja had represented Pakistan on the ICC Chief Executives’ Committee and currently sits on the MCC World Cricket Committee.Raja has also been a prominent commentator in various cricket series involving Pakistan and in ICC tournaments. He also has a YouTube channel “Ramiz Speaks”.

Virat Kohli will remain captain of all formats : BCCI

Hanging up my T20 shoes: Lasith Malinga announces retirement from all formats