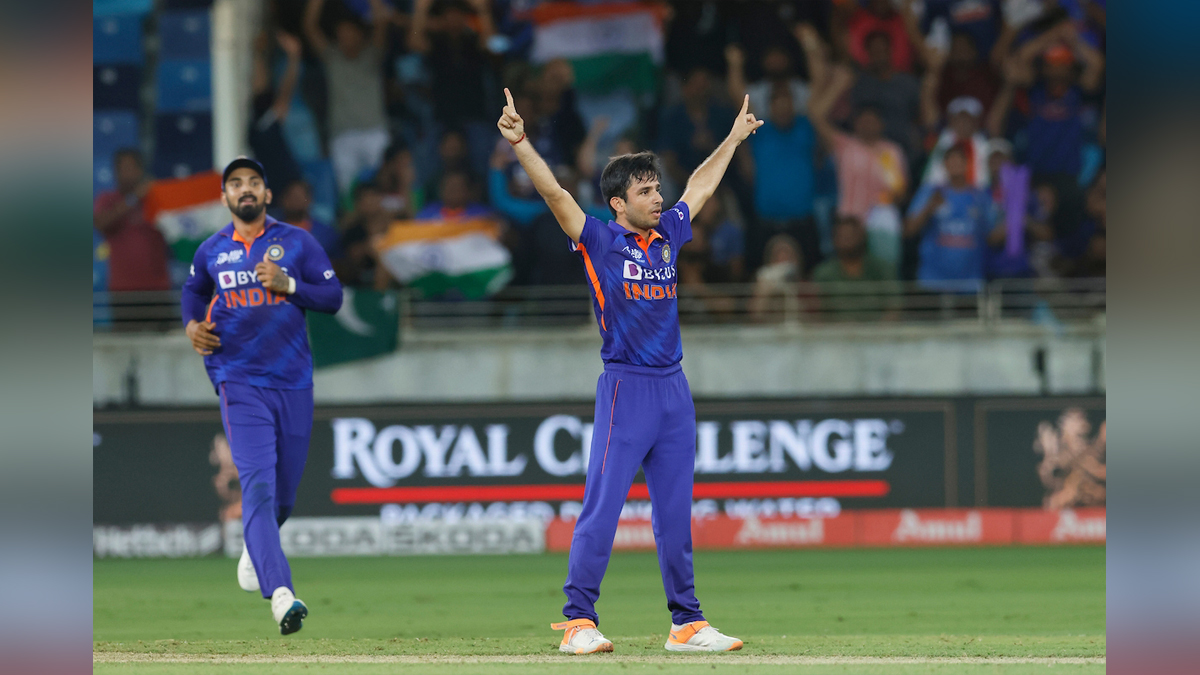 New Delhi : With his sharp googly and attacking mindset, young leg-spinner Ravi Bishnoi has been one of the finds for India in T20Is this year. Since his debut against the West Indies in Kolkata this year, where he bagged the ‘Player of the Match’ award, Bishnoi has picked 16 wickets in 10 T20Is, averaging 17.12 and at an economy rate of 7.08.

Many expected Bishnoi to be in the Indian side for the Men’s T20 World Cup in Australia next month. But it wasn’t to be as Bishnoi was named as one of the four reserves for the mega event in October-November.

Legendary India batter Sunil Gavaskar feels Bishnoi should not be disheartened by not getting into the squad of 15 for the World Cup as he has age on his side.He urged the Jodhpur-based leg-spinner to now perform in coming matches in such a way that he becomes ‘undroppable’.

“Well, he has got age on his side. There is another T20 World Cup in a couple of year’s time (2024, in West Indies and USA). There are so many T20 World Cups that he can play in the future.

He should now perform in such a way that he becomes undroppable.So that’s the only way to look at it. He is a young man, it’s good experience for him to know he can’t get into every team,” said Gavaskar to India Today after India’s squad announcement.

Further delving into India’s squad for the showpiece event, Gavaskar has backed pace all-rounder Hardik Pandya, who has delivered with bat and ball in India’s recent T20I victories, to be the team’s trump card and replicate what former all-rounder and head coach Ravi Shastri did for the side in winning the 1985 Benson & Hedges World Championship of Cricket in Australia.

“Yes, I think he could possibly do what Ravi Shastri did in 1985 where Ravi was the outstanding performer with both bat and ball in the entire tournament. Some good catches as well. Hardik Pandya is capable of doing that.

Don’t forget, at mid-off, he effects some electrifying run-outs as well.””Direct hits at the bowler’s end, catching the batter inches short. It’s not just the bowling and the batting aspects of Hardik Pandya, the fielding aspect that could turn the game India’s way.

I won’t be surprised if he is like the Ravi Shastri of 1985, if he is like the Champion of Champions.”Gavaskar signed off by saying India looked like a nice unit with the addition of right-arm pacers Jasprit Bumrah and Harshal Patel while urging fans to support the 15-man squad for the tournament.

“This looks a very good team. With Jasprit Bumrah and Harshal Patel coming in, it looks like India will be able to defend their totals. India have had problems in trying to defend totals. These two stalwarts coming in will certainly give the edge to India when defending totals.”

“Deepak Chahar is one name that stands out, but they have also retained Arshdeep Singh, who gives a left-arm option in the attack. Like I said, it’s a good selection. We can always crib about this thing and that thing.

‘Why Shami not there?’: Madan Lal on Indian pacer’s snub from T20 WC 15-man squad