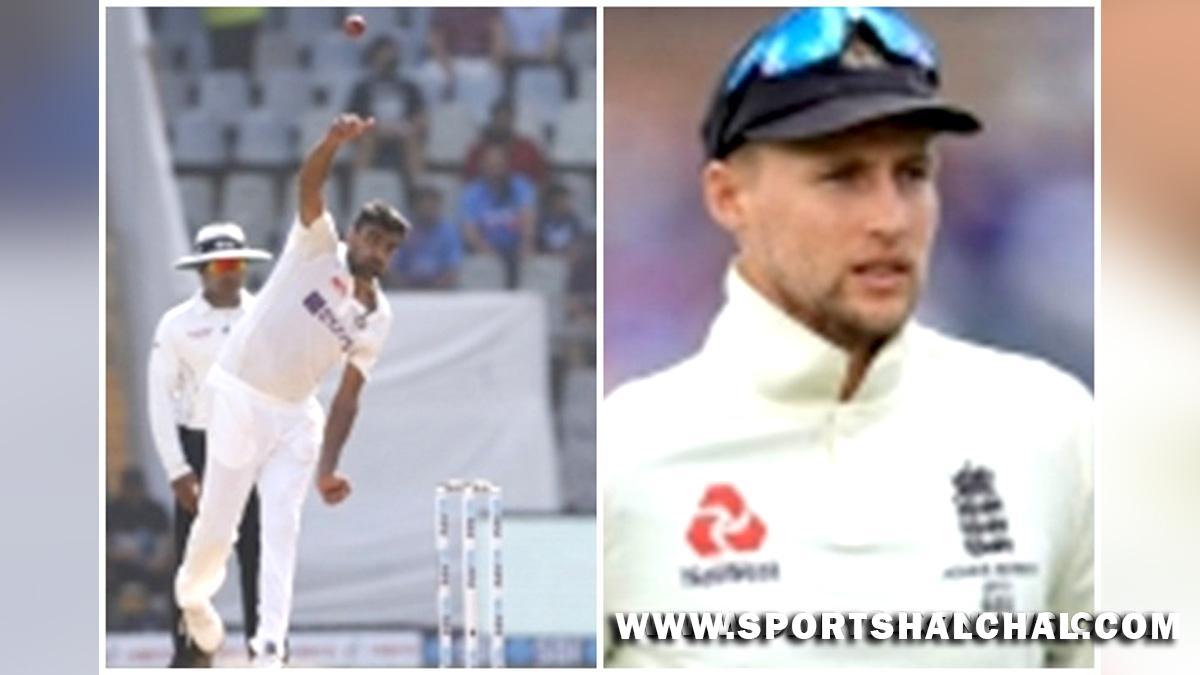 Dubai : One of India’s best match-winners in the longest format Ravichandran Ashwin has been nominated for the ICC Men’s Test Player of the Year 2021 award.Along with Ashwin, England captain Joe Root, New Zealand’s all-rounder Kylie Jamieson and Sri Lanka’s Test skipper Dimuth Karunaratne also have been nominated for the award.Ashwin proved himself in 2021, taking 52 wickets in eight matches at an average of 16.23. He was in full flight in the home series against England, scalping 32 wickets in four matches at 14.72. Apart from his heroics with the ball, Ashwin also made invaluable contributions with the bat, scoring 337 runs at an average of 28.08 with one century, 106 runs, against England in the Chennai Test.England’s Test skipper Joe Root, who has scored 1,708 runs in 15 matches with six centuries in 2021, has also been nominated for the award.Despite ‘is team’s poor performance in the ongoing Ashes series, Root’s sublime form continued in 2021 and he became the third player in history to aggregate over 1,700 runs in Test cricket in a calendar year. Only Mohammad Yousuf and Sir Vivian Richards stand ahead of him.

His knocks in Galle against Sri Lanka, against India in Chennai, and against India again at the Lord’s are some of the finest in the 2021. He has also taken 14 wickets with one five-for in the Ahmedabad Test.The ICC has also nominated New Zealand pacer Kyle Jamieson, who emerged as one of the most promising fast bowling prospects in world cricket in 2021. After taking 27 wickets in five matches at an average of 17.51, Jamieson was the key player for New Zealand in 2021. He was the star performer in World Test Championships final against India at Southampton, scalping seven wickets and contributing a handy 21 runs in the first innings, winning the Player of the Match award for his performance.The last nominee is the Sri Lankan Test skipper Dimuth Karunaratne, who scored 902 runs in seven matches at an average of 69.38 with four centuries.A brilliant hundred in Johannesburg against South Africa, two centuries against Bangladesh in two matches in Pallekele, including a double ton, and a brilliant century against West Indies in Galle were some of the highlights from another stunning year for Karunaratne. Playing at top of the order, Karunaratne nullified various new-ball attacks throughout the year before unleashing the strokes once he had his eye in.

PKL: We need to press hard from the start, says UP Yoddha head coach Jasveer Singh