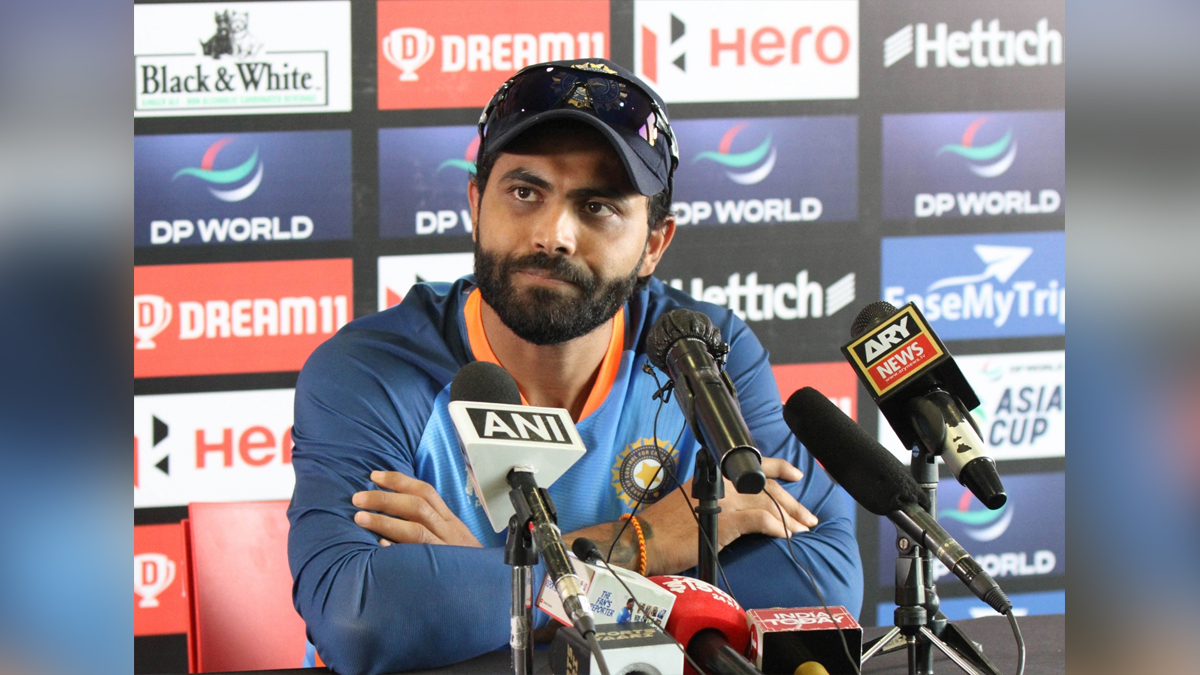 New Delhi : India all-rounder Ravindra Jadeja, who has been ruled out of the ongoing Asia Cup 2022 due to injury, underwent successful knee surgery on Tuesday.The 33-year-old took to social media to update on his injury, saying that surgery was successful and he would be on the path to recovery soon.

“The surgery was successful. There are many people to thank for their support and involvement BCCI, my teammates, support staff, physios, doctors and the fans. I will start my rehab soon and try to get back to cricket soon as I can.

Thank you to everyone for your kind wishes,” Jadeja wrote on Instagram along with his picture.The all-rounder played the first two games of the ongoing Asia Cup against Pakistan and Hong Kong before he was ruled out of the tournament on Friday.

He provides the team with much-needed balance along with Hardik Pandya, with his all-round abilities and played a crucial role in India’s win over Pakistan.Against Pakistan, Jadeja first gave away just 11 runs in the two overs he bowled, before being promoted to No. 4 in India’s chase of 148, specifically since he was the only left-hand batter in India’s top seven.

He scored a crucial 35 off 29 balls in a 52-run partnership with Hardik Pandya that put India on the brink of victory. Pandya then finished it off after Jadeja fell to Mohammad Nawaz in the first ball of the last over.

On the other hand, the left-handed batter didn’t get an opportunity to bat against Hong Kong. During bowling, he dismissed top-scorer Babar Hayat and only gave away 15 runs in his four overs.This is not the first time Jadeja has been troubled by his right knee as the same injury had forced him to miss the ODI leg of India’s tour of the West Indies in July.

Axar Patel had been called up to the Indian team, from the reserves, as Jadeja’s replacement in Asia Cup but hasn’t played a game yet.There is no clarity on how much time Jadeja will take to get back to full fitness.

However, India coach Rahul Dravid didn’t want to rule him out of the T20 World Cup, to be played in Australia in October-November.”The World Cup is still a fair bit away, and we don’t want to jump to any conclusions and rule him out or rule him in.

We’ll see how it goes,” Dravid had said before India’s Super 4s game against Pakistan on Sunday.”Injuries are a part of the sport; it is part of our job to try to manage them. A lot will depend on rehab and the severity of the injury.

I don’t want to rule him out or don’t want to make too many comments until we have a much clearer picture and a better idea, especially because the World Cup is six or seven weeks away from now,” he added.