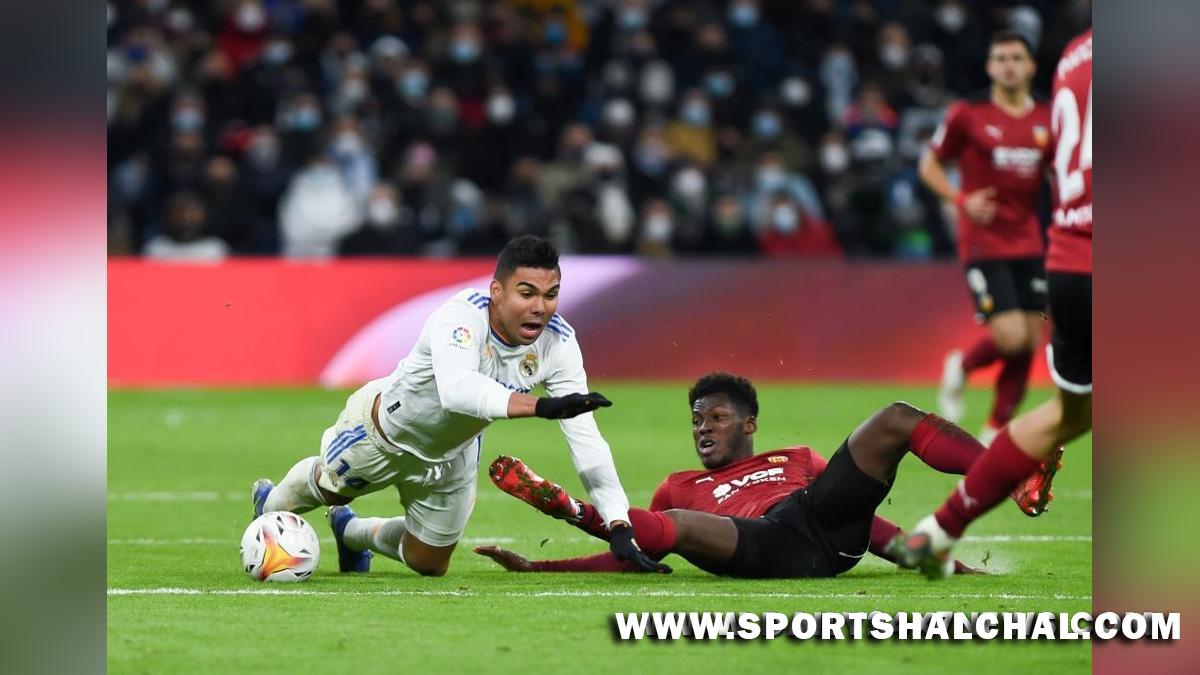 Madrid : Real Madrid recovered from last weekend’s defeat to Getafe with a comfortable 4-1 win at home to Valencia. Karim Benzema and Vinicius Jr both scored twice as the duo again showed their importance to their side against a rival that disappointed once again in the Bernabeu.Benzema opened the scoring from the penalty spot after Casemiro was controversially adjudged to have been brought down after a slight contact. The striker hit a powerful shot into the corner of the net.Vinicius made it 2-0 10 minutes into the second half after skipping through some half-hearted challenges and the Brazilian added a third after Asensio’s shot was parried into his path.
Goncalo Guedes pulled a goal back after Thibaut Courtois had blocked his initial penalty, but there was still time for Benzema to add his second of the night two minutes from time.

Luuk de Jong’s second goal in two games looked as if it was going to give Barca a 1-0 win away to Granada in what ended up being a bad-tempered game, Xinhua reports. The big striker headed home a Dani Alves cross in the 57th minute, after seeing another header ruled out for a narrow offside before halftime.Barca youngster Gavi was sent off for two yellow cards in the 78th minute and after pressing hard for an equaliser, Granada claimed a point when Antonio Puerta fired a left-foot shot into the corner of the net following a corner.Mikel Oyarzabal’s 13th minute goal ended Real Sociedad’s six-game run without a win as they beat a disappointing Celta Vigo 1-0 in the Reale Arena. Aritz Elustondo had a second effort for the home side ruled out for a tight offside.Goals from Roberto Soldado and a late finish from Jose Luis Morales gave bottom of the table Levante their first win of the season in a game where Levante keeper Aitor Fernandez saw a penalty and Fer Nino had a goal ruled out for Mallorca with the score 1-0.Sunday’s games see Atletico Madrid visit Villarreal, while second-place Sevilla have to overcome a host of absences when they entertain Getafe.