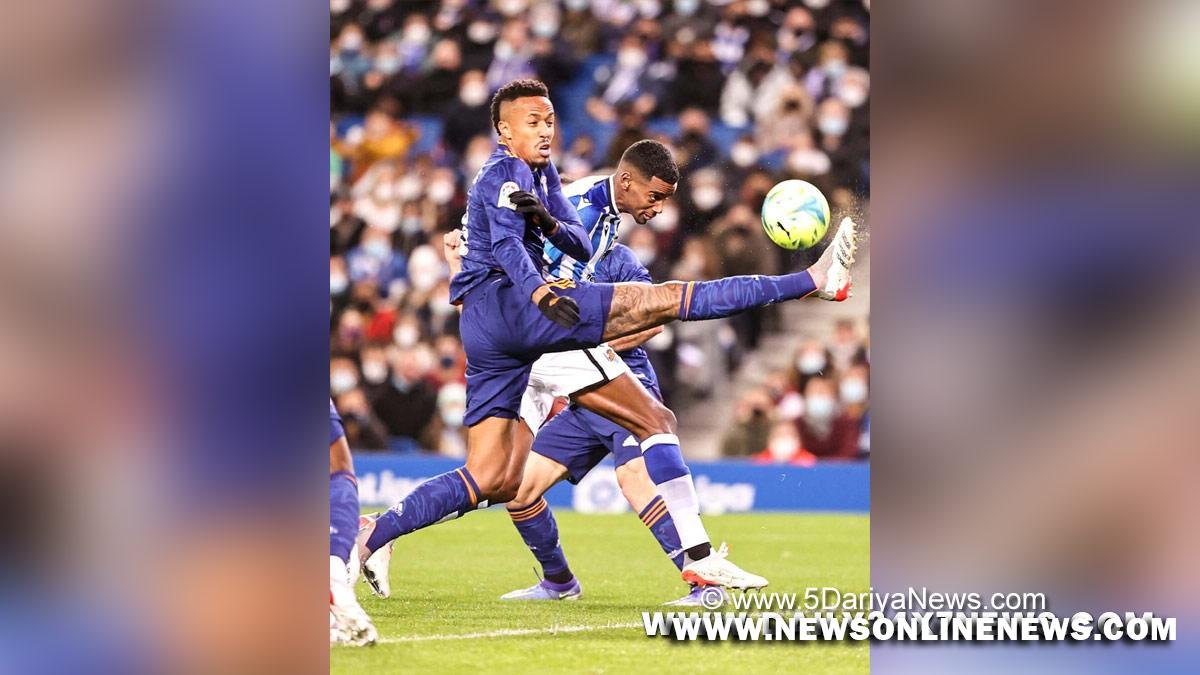 Madrid : Real Madrid strengthened their grip at the top of La Liga with a 2-0 win away to Real Sociedad. The win came thanks to second-half goals from Vinicius Jr and Luka Jovic, putting Carlo Ancelotti’s side 10 points clear of their rivals, with Sevilla their nearest challengers in the table eight points behind.The first half was an even affair which saw Real Madrid lose Karim Benzema through injury after 15 minutes, but Benzema’s replacement, Luka Jovic would be decisive in the second half.The Serb exchanged passes for Vinicius to open the scoring with his 10th goal of the season two minutes after the break and sealed the win himself with a header from a corner 10 minutes later in a late Saturday evening match.Sevilla move second after edging past Villarreal 1-0 thanks to Lucas Ocampos’ first half goal following a cross to the far post from Marcos Acuna. Rafa Mir had a goal ruled out for offside shortly afterwards, but Villarreal were guilty of some bad misses, with Gerard Moreno putting wide of an open goal from around two yards out.

Betis striker Juanmi scored his ninth goal of the season as his side won 1-0 away in the Camp Nou to end Xavi Hernandez’s unbeaten record as Barca coach, Xinhua reports. Xavi started with Gerard Pique and Frenkie de Jong on the subs’ bench ahead of their vital Champions League visit to play Bayern Munich next week and although his side began brightly, Betis got into the game as the first half progressed.The introduction of Ousmane Dembele as a second half substitute put Barca on the front foot once again, but just as they threatened to take control, Betis caught them on the break, with Juanmi slotting home after Sergio Canales led a counter attack.The win allowed Betis to climb into third place above Atletico Madrid who had one of their “off” days as they were beaten 2-1 at home to Mallorca.Atletico again struggled in front of goal, but it looked as if they were on the way to three points when Matheus Cunha put them ahead in the 67th minute, but Mallorca turned things around thanks to Franco Russo in the 79th minute and Takefusa Kubo, who gave the visitors a shock win in the last minute.To make matters even worse for Atletico, Stefan Savic had to leave the game through injury and he will miss Atletico’s vital Champions League visit to Porto next week.