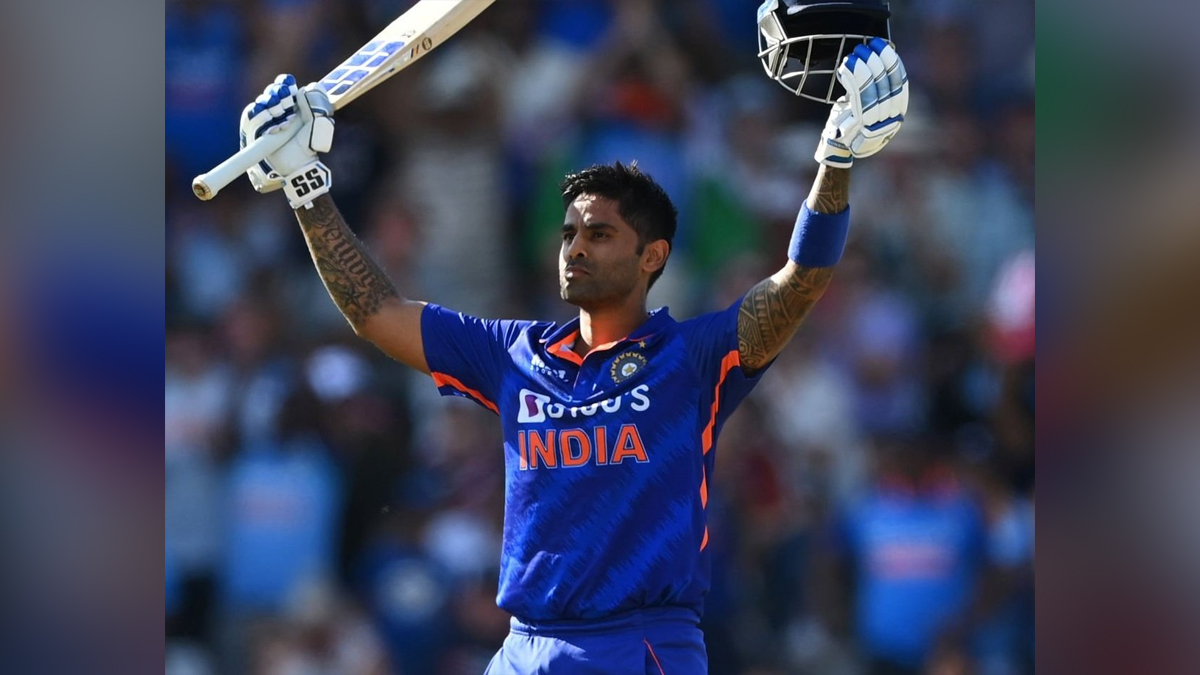 Really happy with the confidence shown by Rohit Sharma in me: Suryakumar Yadav

Manchester : India’s middle-order batter Suryakumar Yadav was pleased with confidence shown in him and his abilities by skipper Rohit Sharma in international cricket.

Since his international debut in February 2021, Suryakumar has quickly risen to be a dependable batter in white-ball formats, possessing of shots all around the park through his 360-degree stroke play.

Suryakumar and Rohit go a long way, representing Mumbai in domestic cricket and turning out for Mumbai Indians in the Indian Premier League (IPL).

“Camaraderie has been really good. He’s been watching me and talking about my cricket since I played domestic cricket for Mumbai. Coming into IPL, I still remember in 2018-19 we used to talk a lot about my game, how I can improve and handle pressure situations and move forward and take the game ahead.

We have had a lot of chat about my game and I have literally felt him on the ground whenever he’s leading.”I have learnt a lot from him. I’m really happy he has shown a lot of confidence in me.

I still remember during 2021 IPL second leg; I was not going through a good patch and he was the one who had a lot of chat with me (and supported me).

The way things are going, I would like to pay back that confidence by scoring runs and win the game for the team,” said Suryakumar in pre-match press conference.

Suryakumar produced one of the most incredible knocks seen from a T20I batter of the Indian team in recent times, through a stroke-filled 117 off 55 balls in the third T20I against England at Trent Bridge.

Though India lost by 17 runs, Suryakumar received rich applause from Rohit as well as England camp for his outstanding knock which almost won the visitors the game.

“It’s great; you get the motivation to do well. I scored a hundred (in third T20I) and obviously I was happy with the personal milestone. But at the same time there was an opportunity there to get the win for the team.

What I could have done better there, that was a very important thing for me to realise there. But when I get such praises, it feels good, I get the motivation to do even better going forward in matches.”

Suryakumar further revealed that his mindset of playing cricket doesn’t change from T20Is to ODIs. “My mindset is the same in one-day cricket, I try to bat the same way I do in T20 as playing your natural game is very important.

There is also an advantage in ODIs as there are five fielders inside the circle.”Your strokes and intent are always about scoring runs; So I have the same mindset in ODIs.

Even if wickets fall, I try to keep the scoreboard moving to make sure that we don’t fall short of runs if I need to finish the game in the last 10-15 overs.”