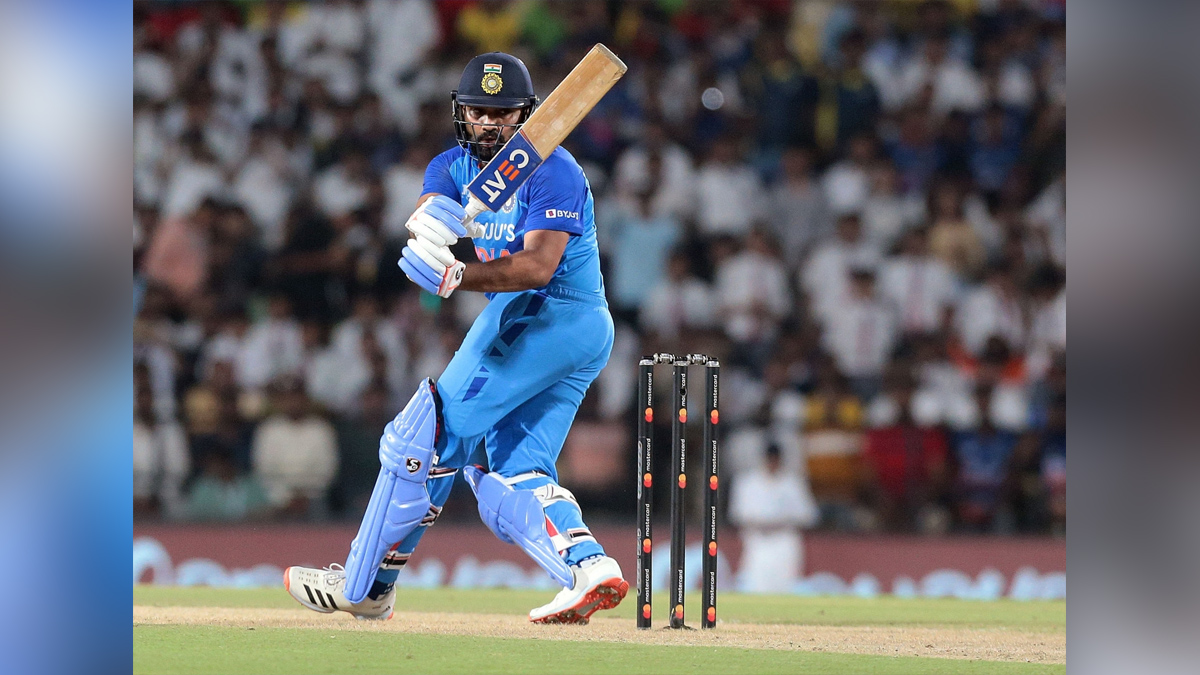 Rohit Sharma ‘quite surprised’ with his batting, says he didn’t quite expect it

Nagpur : India skipper Rohit Sharma has said he is “quite surprised” with his power-hitting in the second T20 International against Australia at the Vidarbha Cricket Association Stadium here on Friday night, adding that he didn’t quite expect it.

In a truncated eight-overs-a-side match, Rohit Sharma slammed a 20-ball 46, while chasing Australia’s 90/5 as India won by six wickets with four balls to spare.

Rohit started the fireworks as he blasted Josh Hazelwood for back-to-back sixes in the first over — the second one a superb effort as he pulled it over the deep square boundary when the bowler chased him to the leg side.

Sharma ended up remaining unbeaten, smashing four boundaries and an equal number of maximums. During the post-match press conference, Sharma said he himself was pleasantly surprised with his knock.”

I was quite surprised as well. I didn’t expect it to go quite as well as that. For the last 8-9 months I have been playing like that so it didn’t change much.

But when you are playing a game like that (truncated match) you can’t plan too much. You just have to play the situation and use conditions to your advantage.”

I felt when we were bowling the bowlers had something to bowl to. We used the conditions pretty well. But then at the back end dew started coming in.

That is where we want guys to learn how tough it is.”Sharma also said it was heartening to see the return of pace bowler Jasprit Bumrah to full fitness after being out of the side for a while due to an old back injury.”

It was good to see Bumrah on the park. Slowly and steadily he is coming back into his rhythm. As a team we are not going to analyse it too much. Axar (Patel) has fitted in the role well. He can bowl in any phase of the game. He brings a lot to the game.”