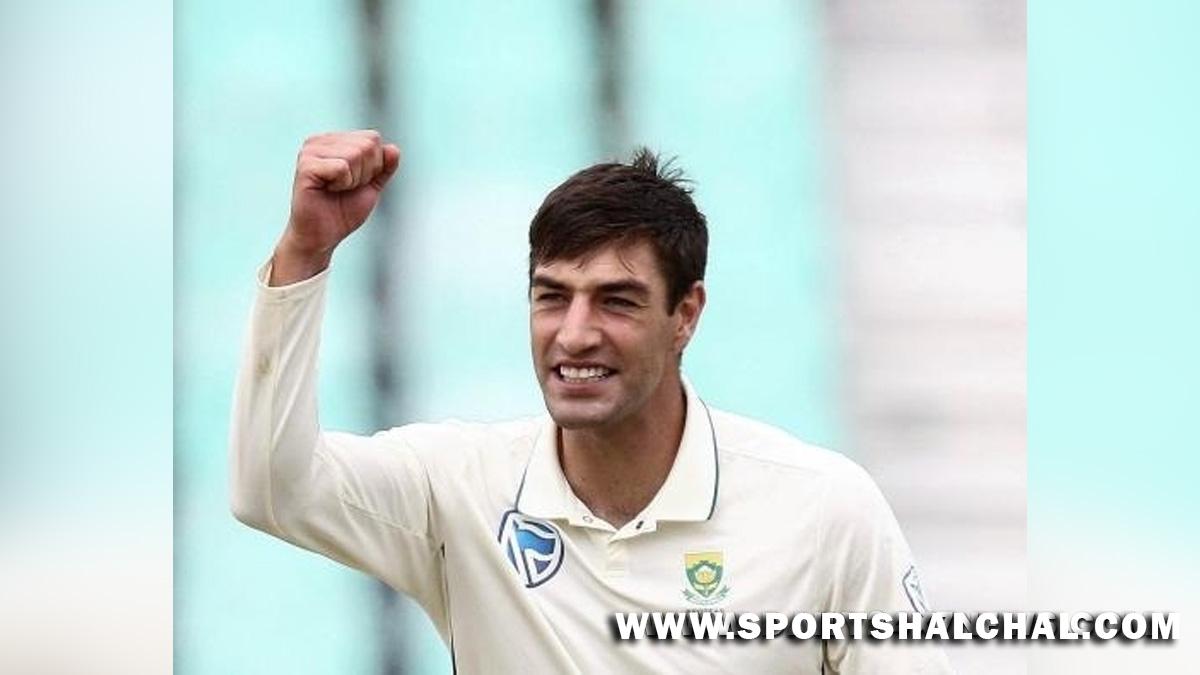 Centurion : In the light of South Africa’s lacklustre bowling performance on day one of the first Test against India at the SuperSport Park on Sunday, a lot of eyebrows were raised over pacer Duanne Olivier’s absence from the playing eleven.Now, according to Cricket South Africa (CSA)’s selection convener Victor Mpitsang, Olivier was kept out of playing eleven due to the after-effects of the Covid-19 virus and a hamstring niggle.”Duanne Olivier is healthy and well, but did return a positive Covid-19 test result a number of weeks ago, which forced him to quarantine and he took time away from his training ahead of the current Test series against India,” Mpitsang was quoted as saying by ESPNCricinfo on Monday, Day Two of the first Test.Interestingly, Mpitsang had offered no comments on the same issue when he was asked by journalists on the first day of the match on Sunday.

Olivier, who would have been an able replacement for an injured Anrich Nortje, had been pitted to play a key role against India.Olivier had scalped 28 wickets at an average of 11.10 in four first-class matches for his team Lions, becoming the leading wicket-taker in the domestic four-day competition.”This (Covid-19 infection) did take place while he was away with the intention to spend time with his family and his workloads were not where the selection panel would have wanted them to be by the time he entered the team bubble ahead of the first Test match.He picked up a hamstring niggle during the two-day, intra-squad match at the start of the camp and the selectors did not want to risk him unnecessarily when there are two more Test matches to think about,” added Mpitsang.Olivier, who picked 48 wickets in ten Tests for South Africa, had signed a Kolpak deal with English county side Yorkshire, ruling him out of playing international cricket. But once Brexit caused the end of the Kolpak system, Olivier made himself available for South Africa.

In his absence, 21-year-old left-arm pace all-rounder Marco Jansen was given a Test debut. But Jansen conceded 61 runs in 17 overs as India made 272/3 at stumps on day one.”Statistically, Marco Jansen was the standout performer with the ball against India A in their recent tour to South Africa and the selectors backed him to take on the senior India team and do well. Every player who has been selected for this Proteas team is believed and backed to be capable of representing the national team and give a performance of the highest level. The absence of one player does not take away from the quality that another brings to the setup,” concluded Mpitsang.