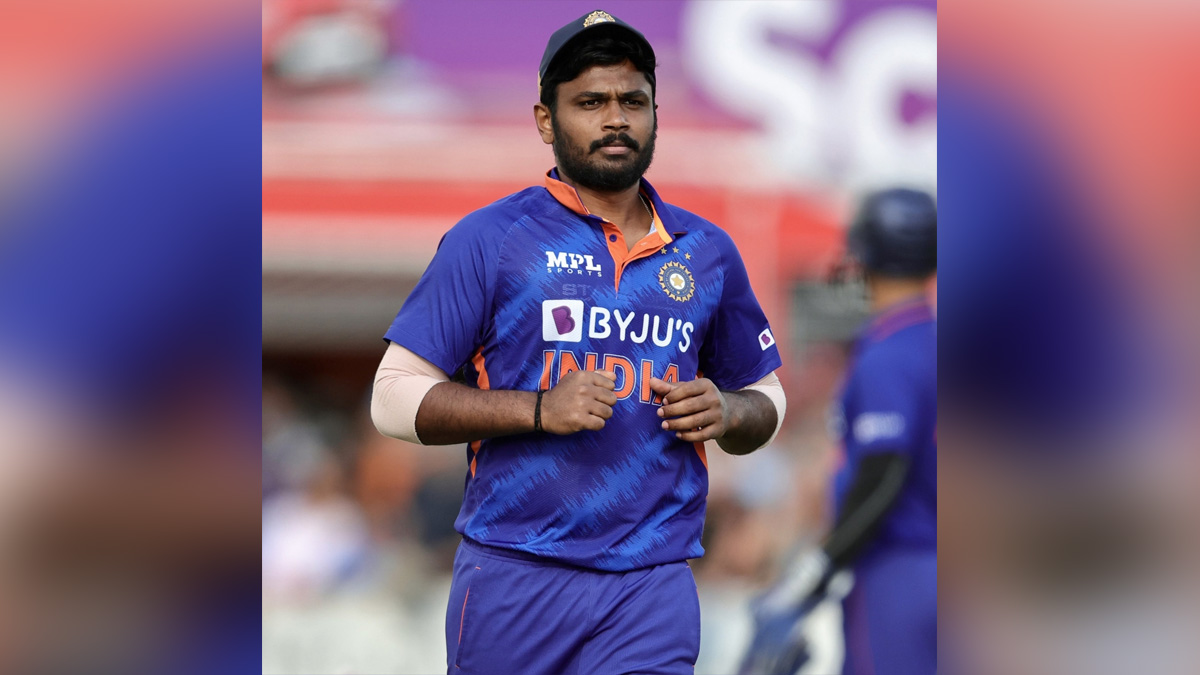 Port of Spain (Trinidad) : Wicketkeeper-batter Sanju Samson on Friday was named as KL Rahul’s replacement in India’s squad for five-match T20I series against the West Indies.Samson was already in the Caribbean as a member of the ODI team which recently won three-match series 3-0, making scores of 12, 54 and six not out.

Sanju last played a T20I for India in the second match against Ireland at Malahide, making 77 while opening the batting. “The All-India Senior Selection Committee has named wicket-keeper batter Sanju Samson as a replacement for KL Rahul in the T20I squad for the ongoing West Indies series,” said the Board of Control for Cricket in India (BCCI) in an official release.

Earlier, Rahul, who had been recovering at the National Cricket Academy in Bengaluru since flying to Germany for undergoing a sports hernia surgery in late June, had been named in the initial squad for the series on July 14, subject to fitness.

But after testing positive for Covid-19 on July 21, doubts grew over him being fit in time for the series against the West Indies and is now advised rest to recover from the infection. “KL Rahul was earlier named in the squad and his participation in the T20I series was subject to fitness.

The batter tested positive for COVID-19 last week and has been advised rest by the BCCI medical team,” added the BCCI.Rahul has been out of competitive cricketing action since featuring in the IPL 2022 Eliminator on May 25 in Kolkata.

His team, debutants Lucknow Super Giants, lost to Royal Challengers Bangalore by 14 runs at Eden Gardens.Rahul was then named as captain for the five-match T20I series at home against South Africa in June.But a right groin injury on the eve of the first match in New Delhi ruled him out of the series.