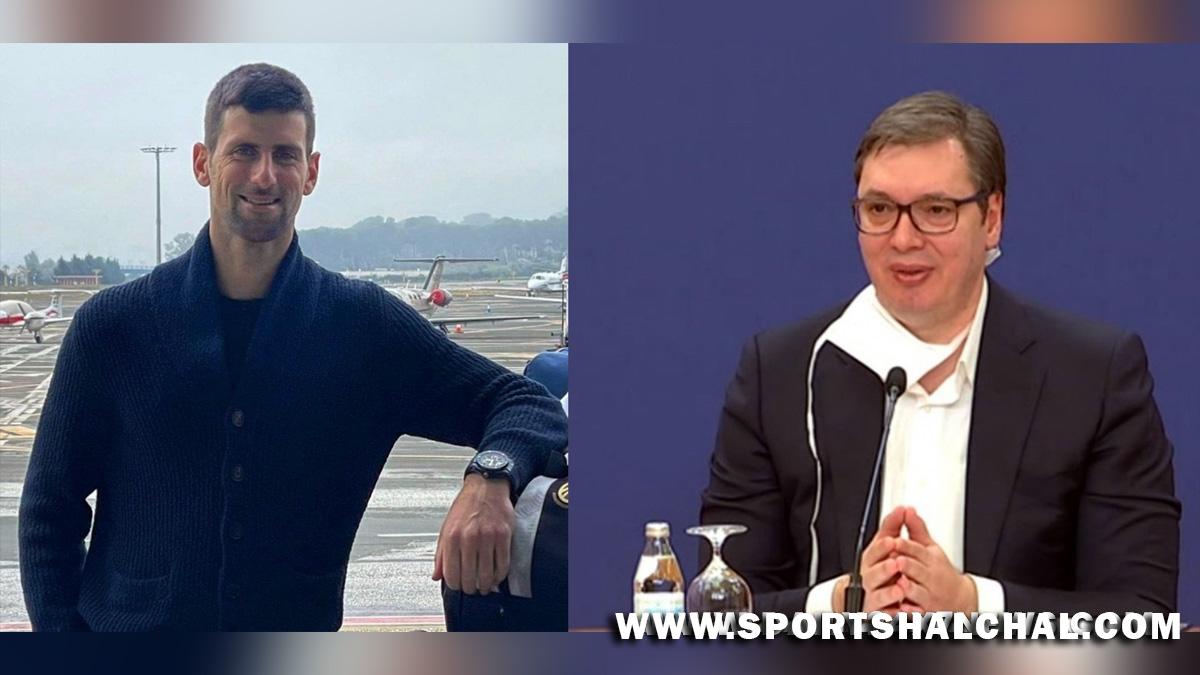 Belgrade : Serbian President Aleksander Vucic has criticised the Australian government for “mistreating” world No.1 tennis player Novak Djokovic, saying that not just his family but the entire nation was being undermined by the treatment being meted out to the winner of 20 Grand Slam titles.The Australian Immigration Minister Alex Hawke on Saturday had exercised his powers to cancel Djokovic’s visa on the ground that his presence in the country might excite anti-vaccination sentiment.Djokovic is the defending Australian Open champion and has won three consecutive titles since 2019. The Serbian has not declared his COVID-19 vaccination status and is a strong opponent of people being forced to taking the jab.At an emergency late-night court hearing on Friday, Judge Anthony Kelly had ruled that Djokovic cannot be deported while the appeal proceedings are happening.

A report in sen.com.au said on Saturday that Djokovic “will be taken into custody on Saturday after a court hearing late on Friday night”.In a video posted on social media, Vucic said, “Why are you mistreating him (Djokovic), why are you taking it out not only on him but also on his family and the whole nation. If you wanted to forbid Novak Djokovic to win the (Australian Open) trophy for the 10th time, why didn’t you return him immediately, why didn’t you tell him that it was impossible to get a visa?” Vucic began, via the ABC.”Why do you mistreat him, why do you torture him, as well as his family and (a) nation that is free and proud? Is all this necessary to win the elections and please your public?”A president of a small country has appeared who has the courage to say that to one great prime minister of a large country — I can because I’m telling the truth and you know I’m telling the truth.

They often preach to us about the rule of law.”You can imagine what it would look like if a minister in Serbia annulled court decisions. They showed us what an independent judiciary looks like, but they also showed us what an irrelevant judiciary looks like, because all the power there is in the hands of the executive.”We will fight for Novak Djokovic and the fact that you will harass him for a day, two or five more will not change the sentiments of our people towards the people of Australia that we highly respect and appreciate, but also our opinion about Novak Djokovic.”You can write hundreds of thousands of worst articles about Djokovic, he will remain the greatest tennis player of all time, and we will firmly keep him in our hearts.”And you who think that you are achieving something by harassing him, you will never reach not only Novak Djokovic, but any ordinary man, both of our and your proud and dignified people.”Long live Serbia, Novak, we are with you.”

Aslan Karatsev sets up title clash with Murray in Sydney