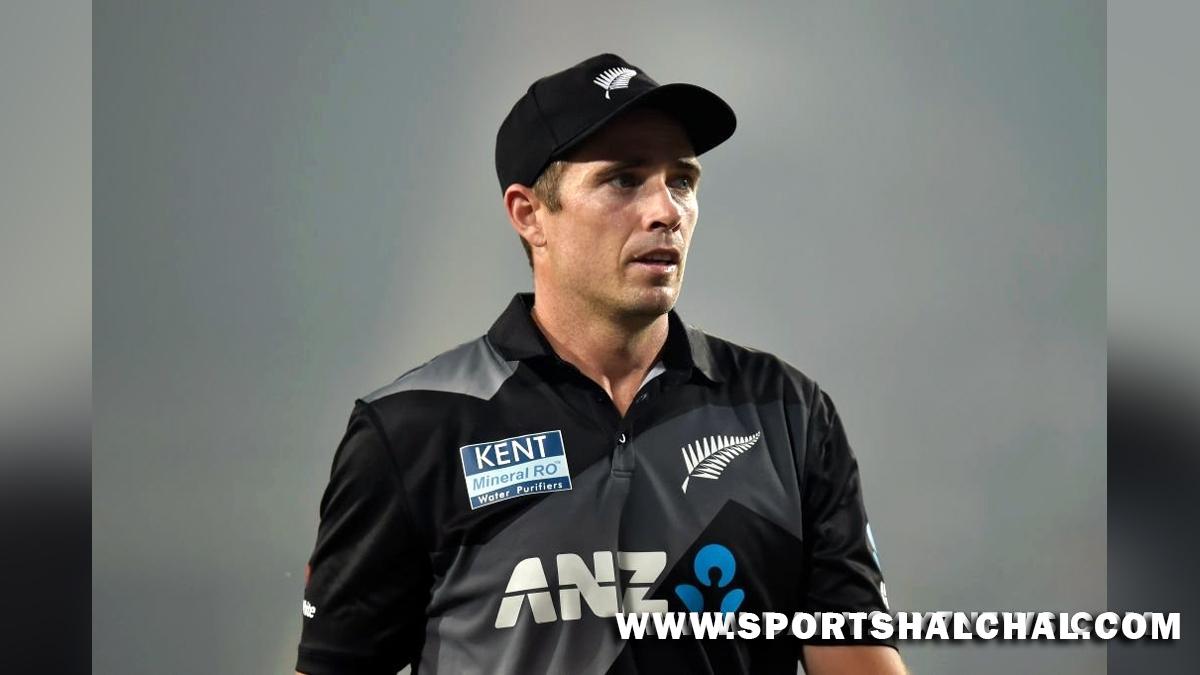 Mumbai : New Zealand pacer Tim Southee has revealed that sharing the cricketing field alongside legendary Indian cricketers Sachin Tendulkar, Rahul Dravid, VVS Laxman and Virender Sehwag is one of his fond memories as a youngster.He added that playing against India has always been a special occasion for the Blackcaps.”Anytime you play India is a special occasion. Obviously, a powerhouse of international cricket. I can speak on behalf of all of the guys that anytime we get a chance to take on India, whether in New Zealand or India, it is a special occasion.”Going back to my early years, sharing the field with the likes of Tendulkar, Dravid, Laxman and Sehwag as a young guy is one of my fond memories. Although I didn’t manage a lot in terms of result, just to be out there and share the field with some of my childhood heroes was pretty special,” said Southee in a virtual media interaction on Monday.

Southee was speaking at the virtual event where Amazon Prime Video announced its multi-year deal, starting from January 1, 2022 with New Zealand Cricket (NZC) to broadcast New Zealand’s matches in India.With this, Prime Video becomes the first streaming service in India to secure live cricket rights. As part of the deal, all the international men’s and women’s cricket matches played in New Zealand across all formats will be available on Prime Video.Asked about what makes New Zealand stand out despite not having many star-studded names in the coaching department, Southee put it down to the team environment which values respect and hardwork.”I guess we do not have the superstars in terms of ex-players in the coaching staff. But we have got a great team environment. Not only the players, but the support staff also buys into it. The bigger part of the group is all about the players.”Within the group, we respect everyone, we try to have a lot of fun and everyone works extremely hard to be ready to go. It’s a collective where guys buy into what the team is about and what we all are trying to achieve.

So, this works pretty much well for our group.”New Zealand had a fantastic 2021, as they won the inaugural edition of the World Test Championship and were runners-up in the Men’s T20 World Cup apart from being the top-ranked ODI side.Reflecting on the year, Southee remarked, “Looking back on the year, it’s been a pretty good one. Winning the Test championship final was clearly a highlight and making another final in the year was pretty pleasing but could have done a little bit different. As a side, we are continuing to look to get better and grow as a team.”Southee also mentioned the improvement areas for New Zealand in the future. “I guess performing overseas is one thing. In international cricket now, to win away from home is becoming so hard, especially in Test cricket. As a side, that’s an area where we hopefully can improve on. We have had a little bit of success overseas over the years but that’s somewhere we would like to improve.”