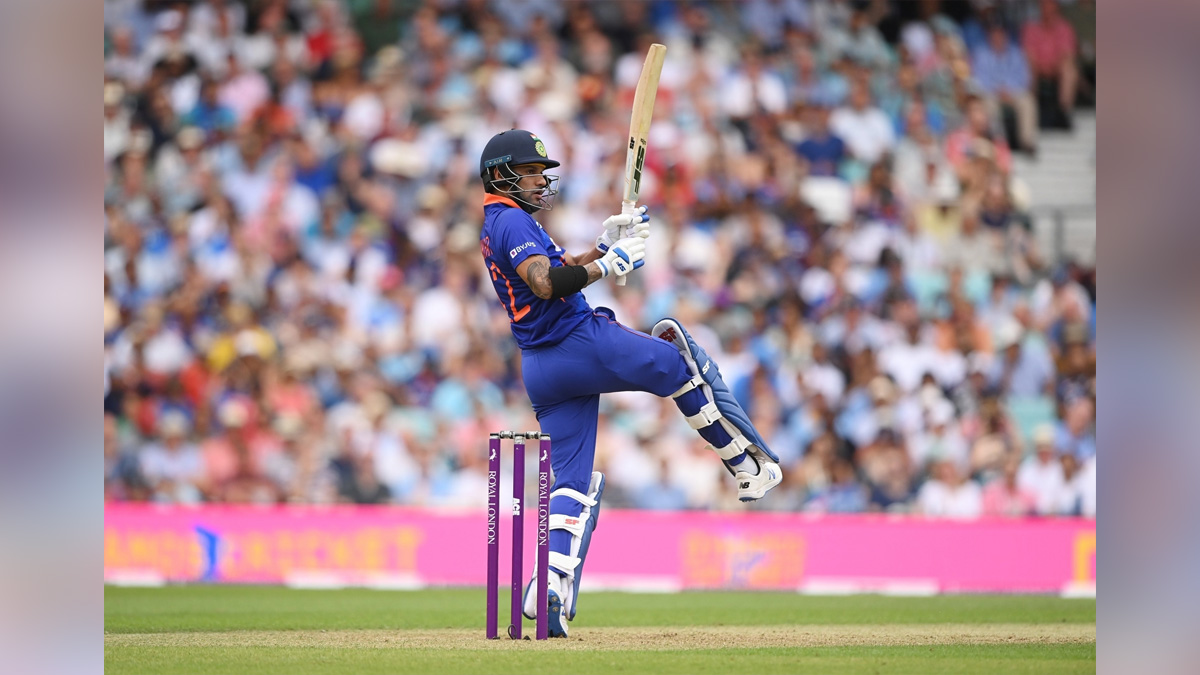 Shikhar Dhawan is still a force in 50 overs cricket; glad selectors have shown faith in him : Sanjay Manjrekar

New Delhi : Former India cricketer Sanjay Manjrekar believes that opener Shikhar Dhawan is still a force to be reckoned with in 50-over cricket and appreciated the selection committee for continuing to show faith in his abilities.

Though Dhawan has represented India in all formats of the game, he is now being largely seen as an ODI specialist who has got mastery over the format. With England being bowled out for 110 in the first ODI and Rohit Sharma going aggressive early on, it gave Dhawan time to find his groove, which he did so by remaining unbeaten on 31.

“Shikhar Dhawan who’s got only one format now that he can cling on but interestingly right through his career, from start to end, if you look at his performance in 50 overs cricket, it’s always been the best.””This is a format that suits him best and a format where he’s been excellent.

And I’m so glad that selectors have shown faith in him and reminded themselves that Shikhar Dhawan is still a force in 50 overs cricket. So brilliant to see them at the top,” said Manjrekar on the ‘Sports Over The Top’ show on Sports18.

In India’s ten-wicket win over England at The Oval, the left-right duo of Dhawan and Sharma also became the second pair from the country (after Sachin Tendulkar and Sourav Ganguly) and fourth overall to complete 5000 runs as a partnership in ODIs.

Asked about the importance of the Dhawan-Sharma partnership for India in ODIs, Manjrekar remarked, “I’m glad that Dhawan got this innings together and I hope he keeps on getting these kinds of innings together because Rohit Sharma will be around.

He’s playing, you know, all the formats and the left-hand, right-hand combination at the top, I think i’ll be okay.””And if you look at Dhawan’s fitness, he doesn’t look his age on the field and it’s something that he cares a lot about making sure that he’s fit and fine and just pure batting.

If you look at his performance in the domestic leagues although the T20 league, I think his batting has gone up like this, the graph has gone up with the age as well.

“India will be hoping that Dhawan and Sharma form another memorable partnership in the second ODI at the Lord’s on Thursday to take an unassailable lead in the series.