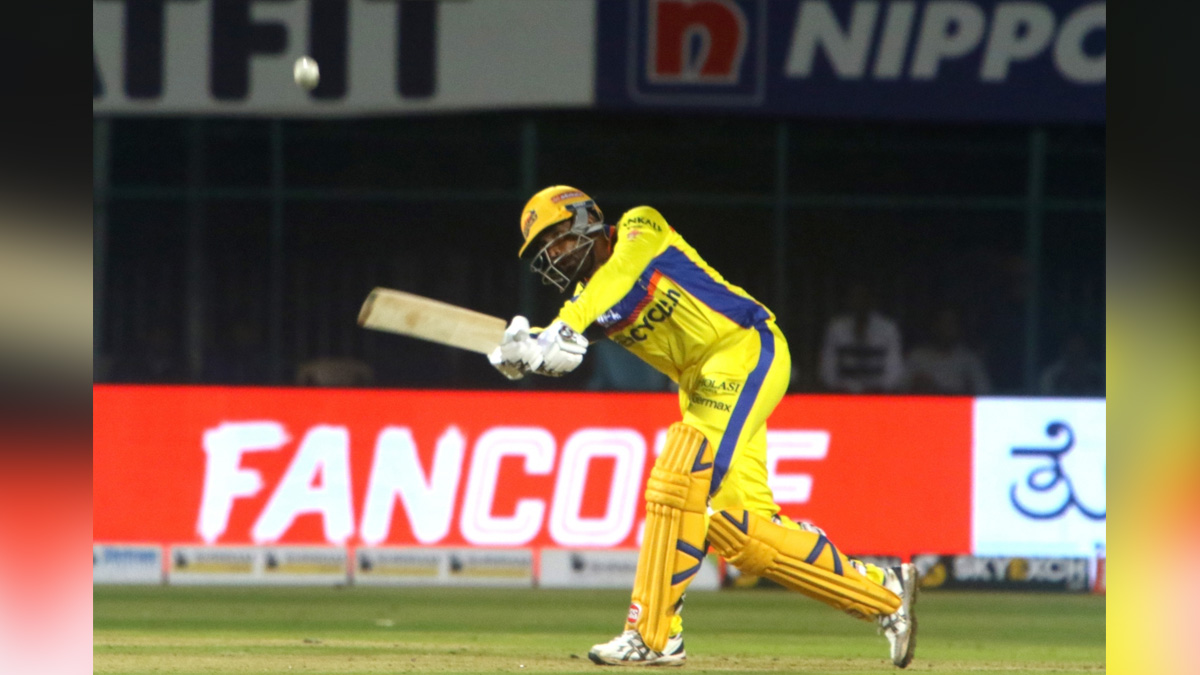 Mysuru : Shreyas Gopal played a brilliant hand with the bat before Shubhang Hegde picked 4 wickets as the Mysore Warriors put on a show for the home crowd, defeating the Shivamogga Strikers by 69 runs in second match of Maharaja KCSA T20 Trophy at the Srikantadatta Narasimha Raja Wadiyar Ground.

Asked to bat first, Mysore lost a couple of early wickets in Nihal Ullal (6) and Naga Bharath (1), before captain Karun Nair and Pavan Deshpande got their act going. The duo absorbed the pressure and then cut loose as the powerplay ended with the score on 41-2.

Karun was well on his way to get a big score before the opposition skipper K Gowtham dismissed him for 27.That brought Gopal to the middle, and he went on to knock the stuffing out of the Shivamogga bowling line-up.

He was calculated in his attack and had good company in Deshpande, who had the best seat in the house to see Shreyas bring out his full array of strokes around the park in a 39-ball knock.He hit three sixes and five boundaries while scoring 62, and providing the home fans a lot to cheer about.

Shreyas and Deshpande put on a stand of 89 runs, before the southpaw was castled by Gowtham for 43.Shivraj S and Shubhang added a few lusty blows in the final overs, as Mysore asked Shivamogga to chase 173 for the win.

For the Strikers, Gowtham and Stallin Hoover picked a couple of wickets each while Avinash D bagged the big wicket of Shreyas, who was dropped twice, first in the 8th over and then in the 19th over.Facing a stiff required run-rate, Strikers saw their batters perish in an attempt to keep up.

In the powerplay, they lost Rohan Kadam, Stallin Hoover, Krishnamurthy Siddharth and Smaran R in quick succession to be at 28-4. Mysore were fielding brilliantly, and the bowling was on the money as well, which meant the Strikers’ weren’t going to get any freebies.

Gowtham looked to counter-attack but he was dismissed for 23, before a rain stoppage reduced the target to 161 off 18 overs.Avinash was the next to depart for 9 as the Strikers started to collapse like a pack of cards.

Hegde then packed off Rajvir Wadhwa and MB Darshan in the same over, to take his wickets tally to four. Shreyas then knocked over KC Cariappa for 10 in the 14th over, before Vidyadhar Patil wrapped up the innings with the wicket of Vinay Sagar for 18 Strikers were bowled out for 91.
Brief Scores: Mysore Warriors 172-5 in 20 overs (Shreyas Gopal 62, Pavan Deshpande 43, Stallin Hoover 2-19, K Gowtham 2-32) beat Shivamogga Strikers 91 all out in 15.1 overs (K Gowtham 23, K Siddharth 21, Shubhang Hegde 4-11, Prateek Jain 2-17) by 69 runs

CWG 2022, Cricket: Final was a superb advert for the women’s game : Geoff Allardice