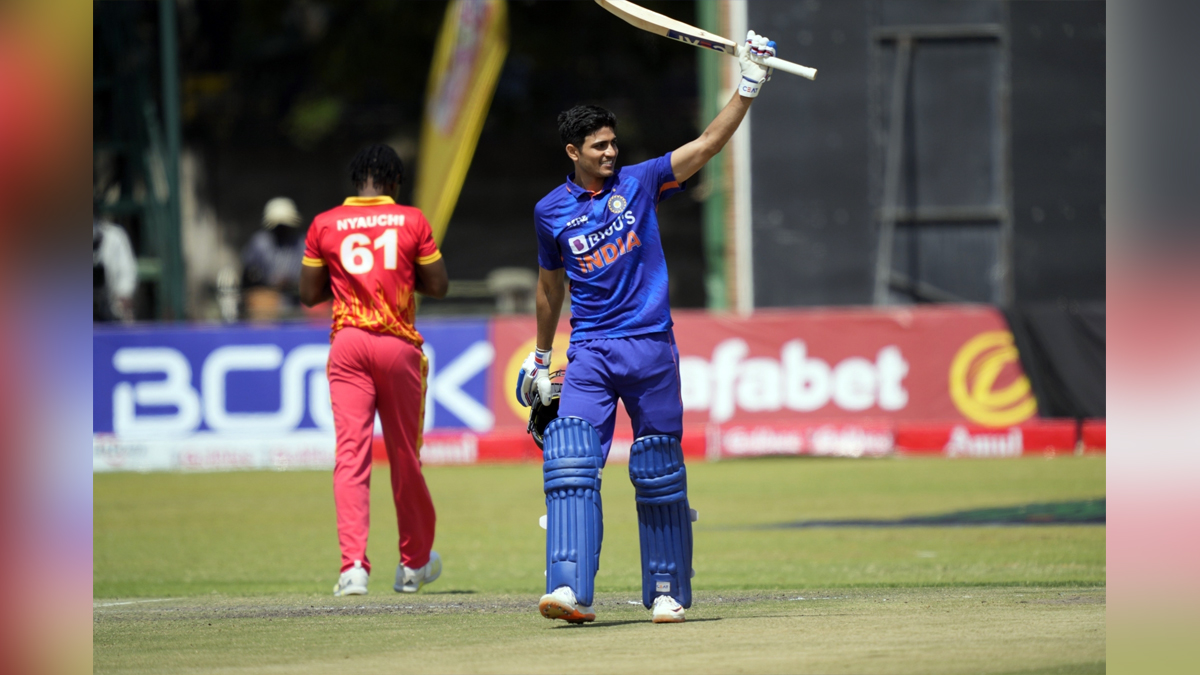 Shubman Gill is more than capable of holding his own in white-ball cricket : Rohan Gavaskar

New Delhi : Former India cricketer Rohan Gavaskar spoke glowingly on the prospect of seeing right-handed batter Shubman Gill as an all-format player for the side in future, pointing out that while his red-ball numbers are great, he is more than capable of holding his own in white-ball cricket too.

Gill has played 11 Test matches, scoring 579 runs at an average of 30.47. He was last seen in Test cricket during the rescheduled fifth Test against England in Edgbaston, Birmingham in July this year, making 17 and 4 in India’s seven-wicket defeat.

He recently had a superb run in ODIs, where he was adjudged Player of the Series for making 205 and 245 runs respectively against West Indies and Zimbabwe in 3-0 series sweeps away from home. Recently, Gill smashed his maiden century in County cricket, scoring 119 for his side Glamorgan against Sussex.

“He’s one of those who will be an all-format player. He’s showing that. He is more than capable of holding his own in white ball cricket. In red-ball cricket, his numbers are just astounding. Again, he is someone, when I say nurtured, I mean he needs to be given the right opportunities because he has shown that he has got the ability and there is no doubt about that,” said Gavaskar on ‘Sports Over The Top’ show on Sports18.

Gavaskar, who played 11 ODIs for India, went on to recall about how he first heard of Gill through Indian domestic cricket stalwart Amol Muzumdar. “It was Amol Mazumdar who first mentioned Shubman Gill to me before he had even broken through because Amol has seen him at the NCA, he was going and coaching at the NCA and he came to me and said ‘Rohan, I’ve seen an absolute superstar! He’s someone who is definitely going to play for India.

I have no doubt about it’.”Gavaskar went on to explain how the competition is currently intense for playing white-ball cricket for India and the plethora of opportunities which have been created by main players being rotated in a hectic international schedule.

“It is fantastic to see the kind of talent that we do have in India at the moment. I was having a chat with Rahul Dravid in West Indies and I told him that the funny part about playing for India right now is that it is quite easy to play for India and it is very tough to play for India.

When I say easy, I don’t mean it is not deserved. All the players who have played for India are very well deserved of India cap.””But because there are so many matches and so many players taking rest in certain formats and tournaments, a lot of players are getting a lot more opportunities than say cricketers got in the early 2000s or late 90s because of the number of matches we are playing.”

“But having said that, because there is so much ability and so much talent, we are always looking over your shoulder because if you don’t get runs in 3, 4 or 5 games there is someone out there who is going to take your spot and you get to go right back down the ladder.”

“It is like snakes and ladders. You get to 97 you hit that snake and you are back at 3. If you don’t score runs in 4-5 matches. So, while it is easy to play for India in a sense it is also a lot tougher because of the competition that we have in our country at the moment,” concluded the former left-handed batter.