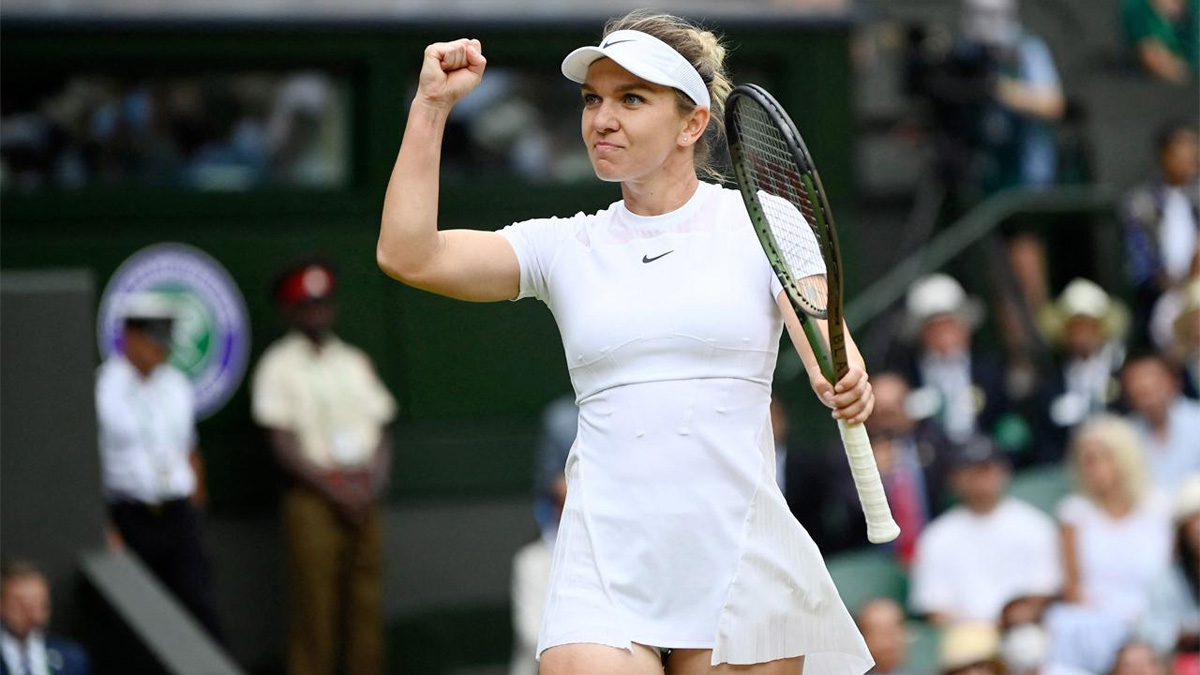 Toronto : Romania’s former world No. 1 Simona Halep, a two-time major champion, beat the challenge from No.7 Jessica Pegula of the US to advance to her fourth National Bank Open final and biggest since 2020.

With her impressive run in the WTA 1000 tournament, the 30-year-old Halep, who will take on Beatriz Haddad Maia of Brazil in the final here, will return to Top-10 in the world when the latest ranking are released on Monday.

Two-time champion Halep entered the final of the tournament defeating Pegula 2-6, 6-3, 6-4. Toronto is Halep’s first final since winning the Melbourne 250 in January and the biggest final for the former No.1 since winning Rome in 2020.

Currently ranked No.15, Halep saw her 373-week reign in the Top-10 end nearly a year ago when she dropped out on August 9, 2021. She can rise as high as No.6 if she wins the title on Sunday, according to wtatennis.com.

Into her 18th WTA 1000 final, Halep is bidding to win her ninth WTA 1000 title and 24th career title.Facing Halep for the first time, Pegula raced through the opening set cashing in on her flat baseline game and efficient work at the net.

Halep struggled from the baseline, with her backhand breaking down often. But Halep shifted gears early in the second set, breaking the American twice to build a 4-1 lead.

“I changed a little bit the tactics,” Halep said. “In the first set, it was a little bit too fast. She was hitting super strong and I didn’t feel the rhythm. Then I just calmed down and I tried to just push her back a little bit more.”

The victory is Halep’s 37th of the season, tying her with Tunisia’s Ons Jabeur for the second-most wins on tour.Meanwhile, Haddad Maia topped last year’s finalist and No.14 seed Karolina Pliskova of the Czech Republic 6-4, 7-6(7) in just over two hours, to reach the final. Haddad Maia’s result this week is projected to put her into the Top 16 of the WTA singles rankings for the first time on Monday.

“It’s a special moment,” Haddad Maia said in her post-match press conference. “I think I had a very tough draw. I had to push myself. I played a lot of tough moments.” Haddad Maia, currently ranked at a career-high World No.24, bested former World No.1 Pliskova for the second straight time with the semifinal win, taking a 2-1 lead in their head-to-head.

“(Halep is) a champion,” Haddad Maia said. “She’s a person who works very hard. I know it will be a very tough battle, but I’m going to enjoy. I’m going to leave everything on the court.

“I will try to play aggressive. I learned a lot today because in the moments that I wasn’t too aggressive, (Pliskova) was playing better than me. … I want to improve that for tomorrow. So I’m going to try to enjoy and play point by point.”