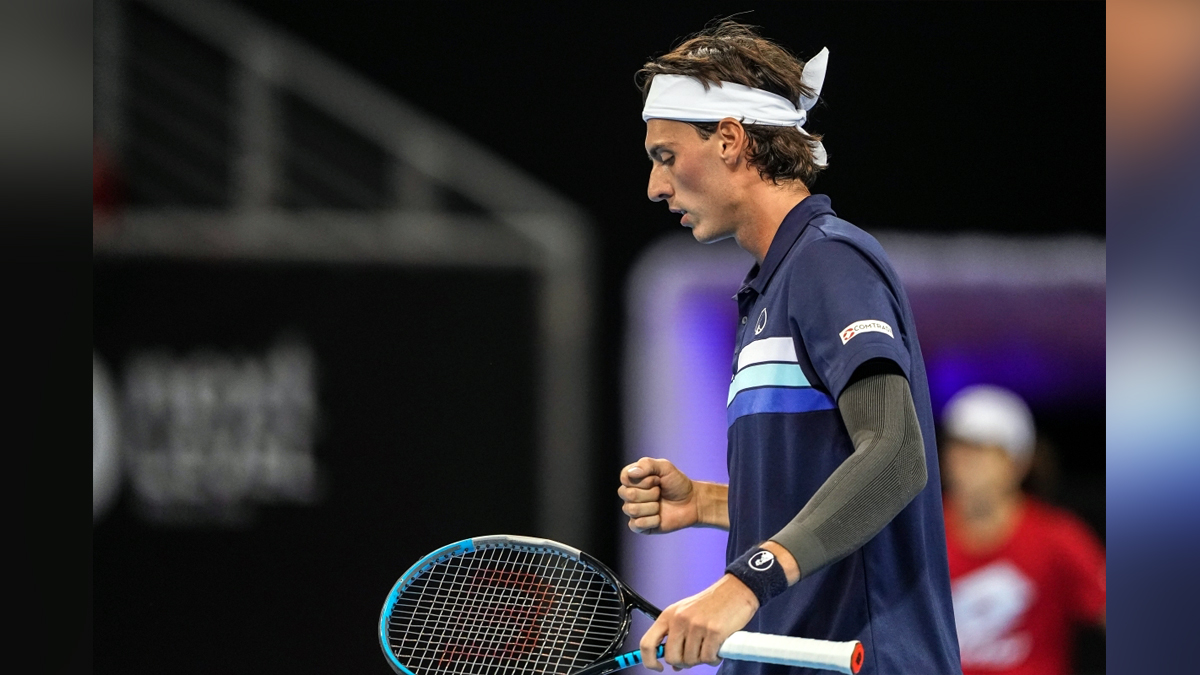 The Swiss lefty reeled off six points in a row from 1/5 to claim the first-set tie-break against Musetti and produced plenty of high-powered serving and decisive volleying en route to a 96-minute semi-final victory at the ATP 250 indoor hard-court event.

“For sure,” said Huesler, when asked if it was one of the biggest moments of his career.”I mean I’ve never been in the final before an ATP event. I’m obviously a bit speechless.

I can’t quite believe that I’m able to win today and make it to the finals, but I played a really great match today and I’m just really happy,” he added.

Despite Huesler firing only 24 winners to Musetti’s 29 in the pair’s first ATP head-to-head meeting, the Swiss was clinical at key moments to notch his ninth tour-level win of the season.

Huesler has met both his potential final opponents before. He fell to Sinner in straight sets at the 2020 edition of the Sofia event, while he defeated Rune on clay in Bastad in the pair’s only previous tour-level meeting in July.

“I know them both a little, I played against them before,” said Huesler, whose exploits this week in Sofia have lifted him 21 spots to No. 74 in the ATP Live Rankings.