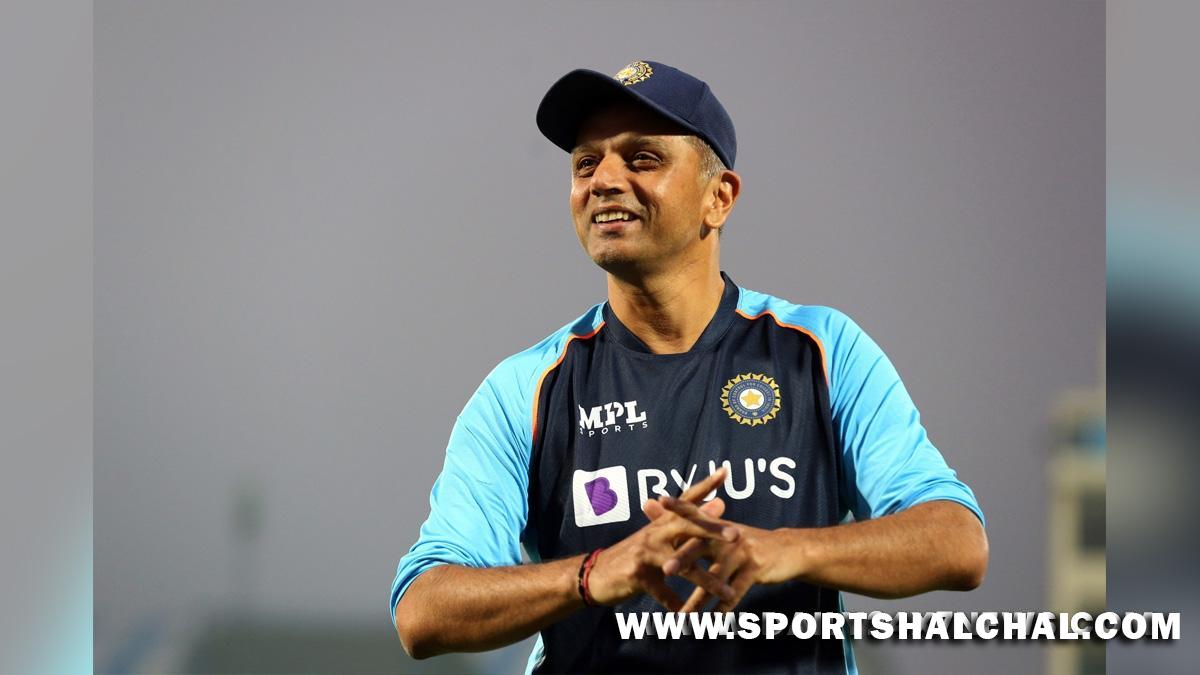 Centurion : India head coach Rahul Dravid said that playing cricket in South Africa is very challenging but exciting at the same time.He added that there is now an expectation from the Indian team to do well irrespective of the format in overseas tours.Dravid’s comments come a day before India begin their three-match Test series against South Africa at SuperSport Park in Centurion.”It’s been a great country to tour. A very challenging place but also really exciting to play cricket. I have some fond memories associated with South Africa, having scored my first Test hundred here and having won a Test match here for the first time as a captain. Also, had some tough moments and tough series. We have had lost games and reached the final of 2003 World Cup here as well. So, that was again a really good memory,” said Dravid in a video uploaded by the Board of Control for Cricket in India (BCCI) on their website.”It’s a place which is very passionate about their cricket, they love the cricket and games here are generally very well-attended and well-supported. Over the years, I have made a lot of friends here but haven’t got a chance to meet people due to living in the bio-bubble. But really looking forward to the series and the cricket,” added Dravid.

Dravid further went on to touch upon how the expectations from the Indian team have changed in terms of touring overseas.”It’s really changed over the last few years. There is an expectation to win now, every time India travels abroad irrespective of where it is and whichever format we are playing, the expectation is that we are good enough to win, compete and play well.”At the same time, he acknowledged that trying to do well in South Africa will not come easy. “It is an opportunity but not easy. South Africa is one of the challenging conditions to play cricket in and they do play well at home. So, we need to be at our best.The boys recognise that it is an opportunity but it will not be easy, for which we have to work hard.”Talking about the preparation for the Tests since arriving in the Rainbow Nation, Dravid remarked, “We have had four good days of training on the centre wicket and had some really good practice sessions. I have been very happy with the intensity the boys have put in. The mental mindset I can see among the players in gearing up for the Test match has been really good.

“We are preparing well with a few more days to go before the first match. We will keep up the preparation and hopefully step it up as we lead into the Test match and then focus on the main playing squad and then will take it from there.”Asked about his expectations from the upcoming series, the 48-year-old explained, “My expectation as a coach simply is that the boys prepare well and we compete. That is all I am expecting them to do — that we be good with our preparations and we make an effort to compete and give ourselves the best chance. Hopefully, the results will look after themselves.”I don’t really try to focus on them or worry about winning or losing the series, sometimes a lot of that is not in your control. But certainly, the preparation, the intensity on field and competitiveness that you can bring on to the field, that grit and determination. If we can show that throughout the series, which is my goal, then that’s all I can ask for,” concluded Dravid.

Junior National Hockey : Chandigarh to meet UP in final