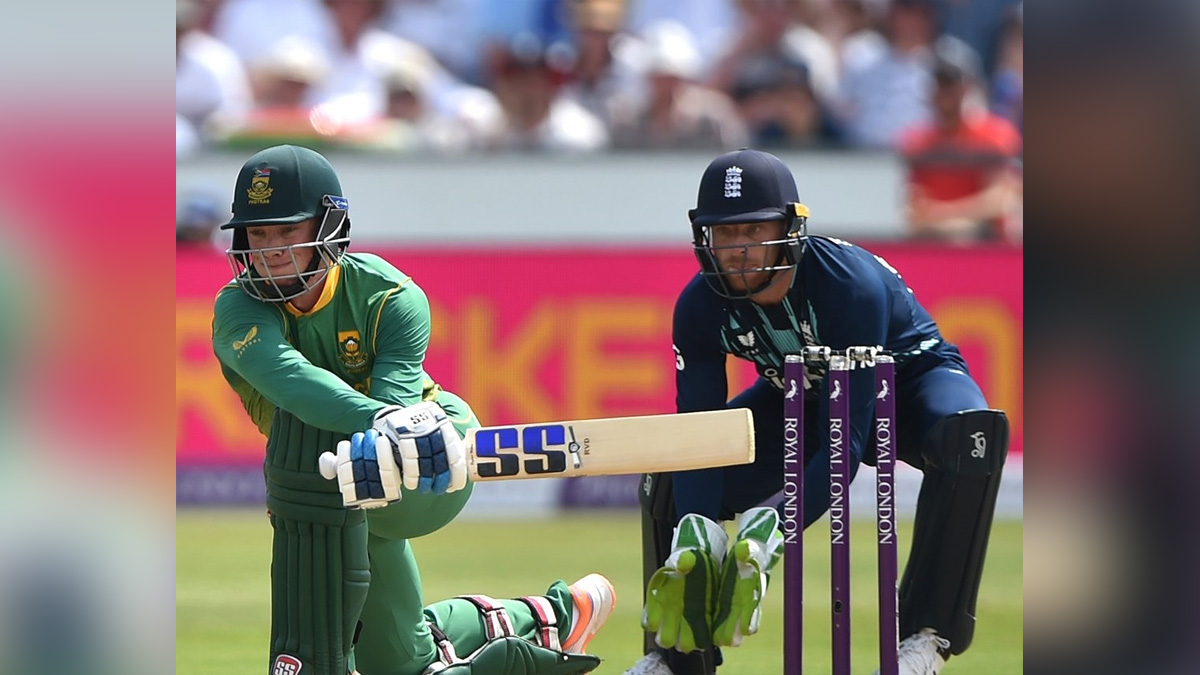 Chester-le-Street (England) : South Africa piled more misery on the embattled England white-ball side, thrashing the hosts by 62 runs in the opening One-day International at Chester-le-Street, in a match which was all-rounder Ben Stokes’ last outing in the 50-over game.

It would have been the perfect gift for Stokes, who played his last ODI for the country on Wednesday night, but South Africa’s Rassie van der Dussen spoilt England’s party with a composed century, shorn of extravagant sixes, as the visitors scored a mammoth 333/5 in 50 overs.

Proteas pace bowler Anrich Nortje then came out firing on all cylinders, finishing with figures of 4/53 as the Keshav Maharaj-led side dismissed England for 271 in 46.5 overs to complete a 62-run win.England’s defeat comes on the back of T20I and ODI series losses to India recently.

South Africa, despite losing Quinton de Kock early on, made a steady start with Janneman Malan and Van der Dussen putting together a century partnership for the second wicket.Van der Dussen took on the role of aggressor in the partnership as Malan held up one end.

The partnership set the stage for the visitors to dominate the latter half of the innings. But before Malan could make his good start count, he fell for 57, trying to clear deep mid-wicket against Moeen Ali.Aiden Markram carried on from where Malan left off while van der Dussen pressed ahead in stifling heat at the venue.

England’s attempt to slow down the run rate with spin didn’t work with Markram and van der Dussen smashing the three home team spinners for runs.Van der Dussen completed his third ODI hundred in the 38th over and Markram followed suit in the next over by getting to the half-century mark.

At 244/2 after 40 overs, South Africa appeared well on course for a 350-run total.But the visitors fell short of the mark as England turned to spin to restrict the big hitters. Van der Dussen and Markram struggled to time the ball with the latter soon holing out to a Jonny Bairstow off Liam Livingstone to be dismissed for 77.

Livingstone put more pressure on the Proteas batting when he had van der Dussen dismissed for 133, dismissed by a flatter delivery.Jason Roy and Jonny Bairstow put on a century stand to begin England’s run-chase, but it wasn’t an easy task chasing 333.

Bairstow compiled a half-century before Roy fell for 43, with skipper Keshav Maharaj sending back the opener.South Africa turned to part-time off-spinner Markram around mid-innings and the move reaped rewards immediately.