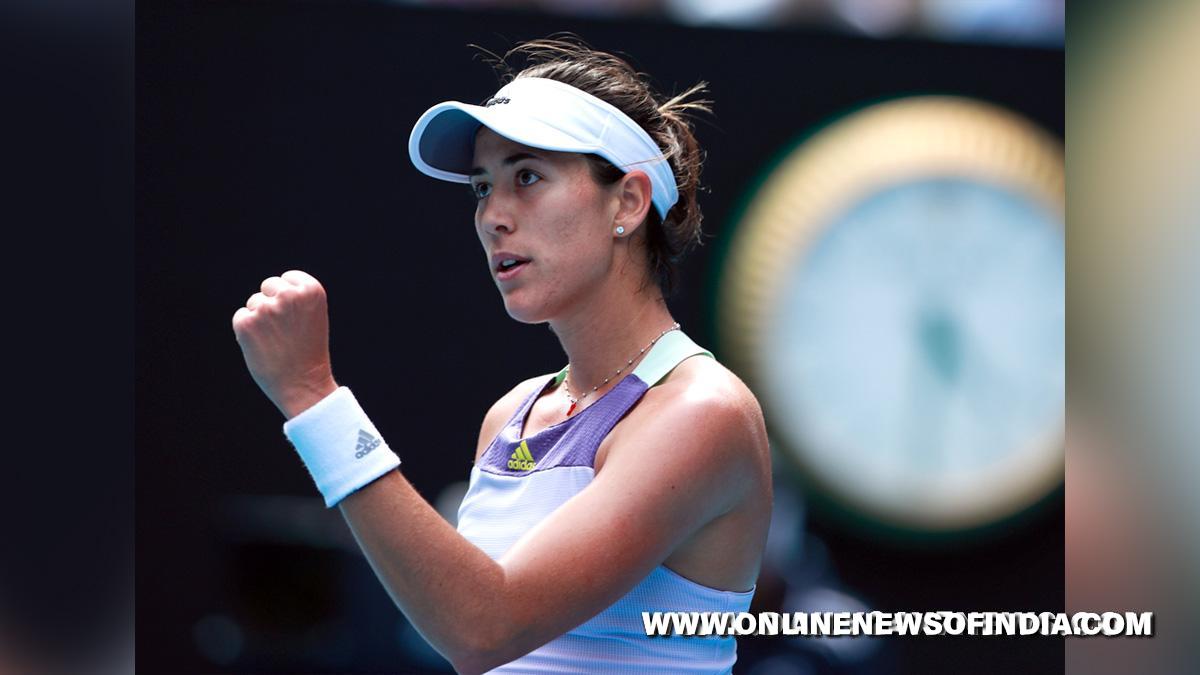 Guadalajara (Mexico) : Spain’s Garbiñe Muguruza fought back from a break down in the second set, winning the last four games of the match to defeat No.8 seed Anett Kontaveit of Estonia, 6-3, 7-5 and win her first WTA Finals Championship, in the process bagging a milestone 10th career WTA singles title.The biggest title of Garbiñe’s career was her third title of the year and it came on Wednesday night in front of an excited crowd in Guadalajara.Garbiñe is the first Spaniard to win the WTA Finals singles title in the event’s history. Former World No.1 Arantxa Sanchez Vicario was the only other player from Spain to reach the WTA Finals singles championship match, finishing as runner-up to Stefanie Graf in 1993.The Spaniard started well and survived a wobble in the second set to earn a hard-fought win.Two relatively close sets went the way of Garbiñe due to her greater effectiveness in returning second serves.

Anett only won 38 percent of the Spaniard’s second-service points, while Muguruza claimed nearly 60 percent of points off the Estonian’s second delivery.Garbiñe and Anett were nearly evenly matched in winners during the clash, with 16 for the Spaniard and 15 for Anett. But Garbiñe played the cleaner match overall, with 14 fewer unforced errors than Anett.Former World No.1 Garbiñe Muguruza thus became the only player to defeat Anett Kontaveit within the last month – and she did it twice this week. Garbiñe ended ‘he Estonian’s 12-match winning streak in the round-robin portion of the competition and repeated the feat in the singles final.It was a fitting finale to the last WTA tour-level match of the season, as Anett and Garbiñe rank first and second in hard-court wins this season, with 39 and 35 titles respectively. But Garbiñe was able to prevail in an hour and 38 minutes this time around, improving to 4-2 overall against Anett.

With this victory, two-time Grand Slam champion Garbine Muguruza is projected to rise to World No.3 in the upcoming season-ending rankings. That will be Garbiñe Muguruza’s best year-end ranking since she finished 2017 ranked World No.2. Kontaveit, for her efforts, is projected to hit a new career-high ranking of World No.7.A tense first set saw the pair exchange breaks early before Anett Kontaveit dropped a backhand into the net to give Garbine a 4-3 lead. Garbiñe eased through the opening set from there, winning the last four games as she sealed the one-set lead with a deft lob winner.It was Anett, though, who grabbed the early lead in the second set as Garbiñe’s miscues, particularly from the forehand side, started to mount. A forehand error resulted in the Spaniard losing her serve and Anett used her powerful play to consolidate and build a 5-3 lead.However, with Kontaveit serving for the set, Garbiñe pulled back level at 5-5 after playing a forehand winner down the line on the breakpoint. Garbiñe dominated from there on, winning the final four games for the second set in a row. Garbiñe broke Anett at love to wrap up the win and take home the year-end crown.