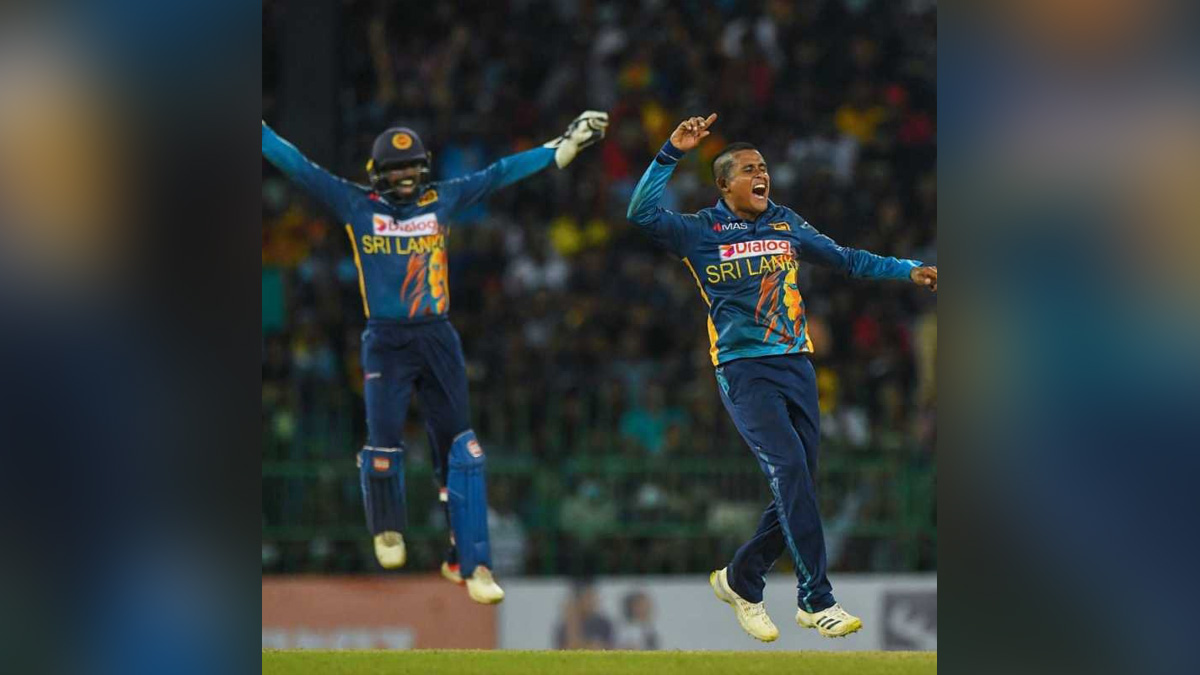 Galle : Following his impressive performance in the One-day International series, 32-year-old leg-spinner Jeffrey Vandersay has been named in Sri Lanka’s 18-member squad for the two-Test series against Australia beginning in Galle on June 29.

Vandersay impressed in the home team’s 3-2 ODI series victory against Australia in Colombo, picking up five wickets in four matches. He also posed a lot of trouble for the Australian batters, who were often unable to pick up his clever variations.
<blockquote class=”twitter-tweet”><p lang=”en” dir=”ltr”>Sri Lanka Test Squad for Australia Series ⬇️<a href=”https://twitter.com/hashtag/SLvAUS?src=hash&amp;ref_src=twsrc%5Etfw”>#SLvAUS</a> <a href=”https://t.co/Oqp7s51eNw”>pic.twitter.com/Oqp7s51eNw</a></p>&mdash; Sri Lanka Cricket 🇱🇰 (@OfficialSLC) <a href=”https://twitter.com/OfficialSLC/status/1540626544191713280?ref_src=twsrc%5Etfw”>June 25, 2022</a></blockquote> <script async src=”https://platform.twitter.com/widgets.js” charset=”utf-8″></script>
The other notable ODI series performers who have managed to get berths in the Test squad include Kusal Mendis, Pathum Nissanka, Chamika Karunaratne, Dhananjaya de Silva and Niroshan Dickwella.The squad will be led by skipper Dimuth Karunaratne.

Pacers Asitha Fernando and Vishwa Fernando, who impressed during the Test series victory in Bangladesh also retain their places. Kamil Mishara, Kamindu Mendis and Suminda Lakshan though failed to make the cut.

Apart from Vandersay, the other spinners in the squad are Praveen Jayawickrama, Lasith Embuldeniya and Ramesh Mendis. Veterans Angelo Mathews and Dinesh Chandimal have also been included, as Sri Lanka will hope to seal a famous victory against the visitors on home soil.

The two-match Test series will begin in Galle on June 29. The second Test will also be played at the same venue from July 8-12. The series will be of vital importance for both sides, as Australia sit on top of the World Test Championship 2021/23 standings while Sri Lanka occupy the fourth spot.