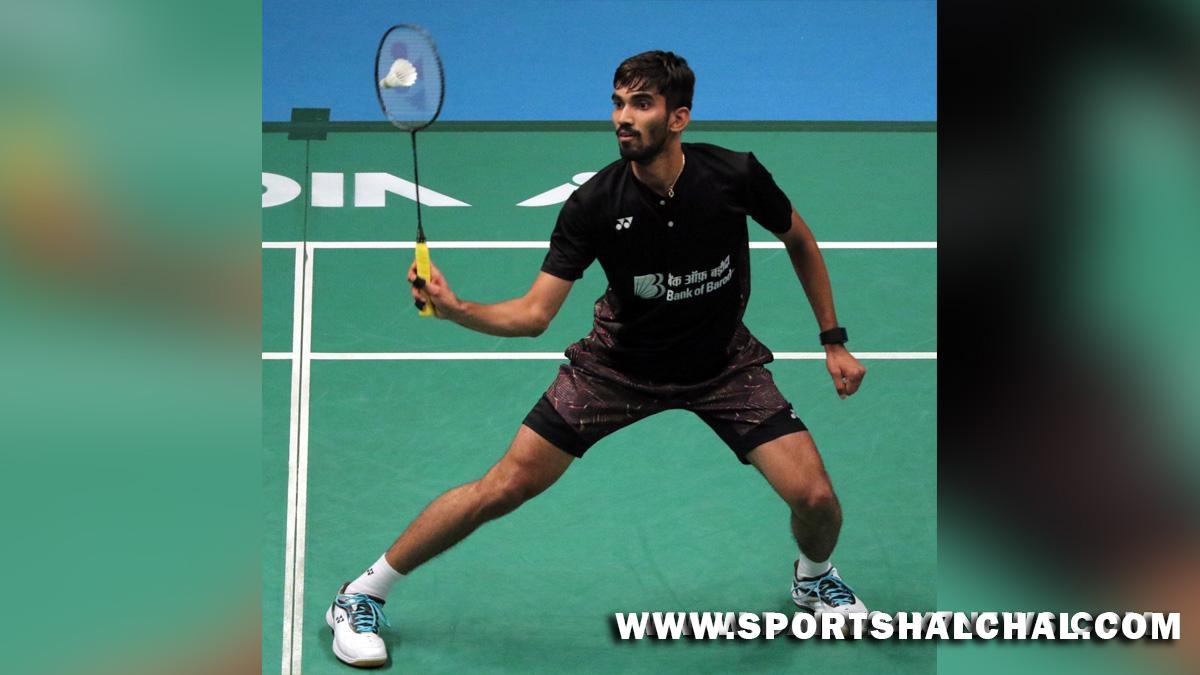 Huelva (Spain) : Kidambi Srikanth won five successive points in the decider against Lakshya Sen, fighting back from 16-17 down to emerge winner in three games and storm into the final of the 2021 BWF World Championships here on Saturday.Lakshya won the first game but Srikanth came back strongly in the second game and used his experience to seal the victory and reach his maiden World Championship final, He was trailing in the decider before coming back with a last-ditch push to reach the maiden final of his career. The 28-year-old defeated compatriot Sen 17=21, 21-14, 21-17 in just over one hour in the first semi-final.Lakshya came out all guns blazing and won the first game at 21-17, capitalising on some mistakes by Srikanth, playing some good shots off his backhand.

Though the two Indian stars were meeting for the first time, Lakshya fought back to take lead in the first game. from 2-2, Srikanth took lead but Lakshya came back to take 15-10 lead. He went on to win the game 21-17.After scores went neck-and-neck in the second game, the 12th seed Srikanth took lead from 9-9, playing some superb shots to maintain pressure on Lakshya. The former World No 1 opened up a 13-10 lead and slowly built on to win the game 21-14 to make it 1-1.The two players remained neck and neck in the decider before Lakshya went ahead 11-8. However, Srikanth used his superior experience and fought back strongly to win the last few points and sealed a memorable victory.Srikanth will meet the winner of the second semi-final between Anders Antonsen of Denmark and Loh Kean Yew of Singapore.