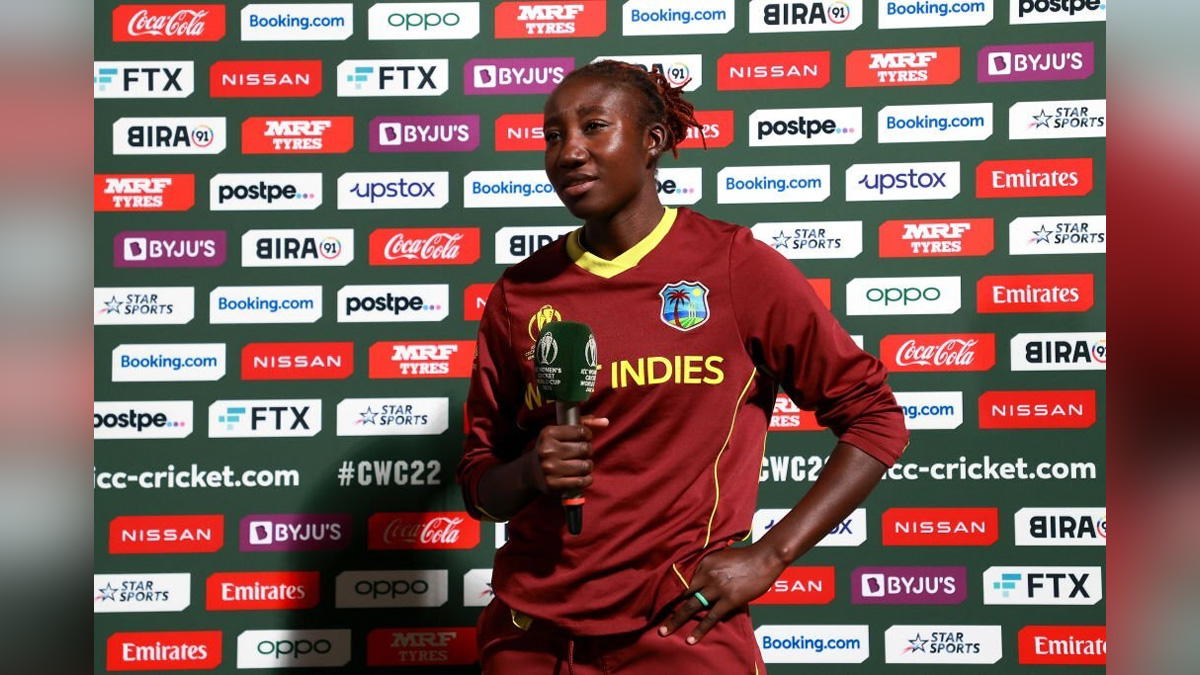 St Johns (Antigua) : Veteran all-rounder Stafanie Taylor and middle-order batter Britney Cooper on Friday made a return to West Indies squad for the T20I tri-series against South Africa and India, to be held in January 2023.

Apart from the duo, fast bowlers Shamilia Connell and Shakera Selman also make a comeback after recovering from their respective injuries. Cricket West Indies (CWI) have named a 16-member squad for the tri-series, which serves as final preparation for them before the Women’s T20 World Cup in South Africa from February 10-26.

Stafanie had been out of action since the second ODI against New Zealand in September and was ruled out of the entire five-match T20I series against the White Ferns, followed by missing the white-ball matches against England.

Britney, on the other hand, last played for West Indies during their home series against South Africa in September 2021. “The selection panel has named a squad that we believe has the talent and experience to compete against India and South Africa.

The squad sees the return of Stafanie Taylor who missed the recent series against England due to injury and Britney Cooper, the middle order batter who last played against South Africa Women in September 2021.”

“Our batting in the most recent series was less than par against a very good England bowling attack. We believe that with the return of some experienced batters, they will be able to support captain Hayley Matthews at the top of the order.

“The team had commendable performances in South Africa in early 2022 and we know that the entire team will be drawing on that experience as they take on the home team and India in this Tri-Series and then potentially again at the ICC Women’s T20 World Cup also in South Africa,” said lead selector Ann-Browne John.

The West Indies will play at least four matches, playing two matches each against hosts South Africa and India in the tri-series starting from January 21. The two leading teams will then play each other in the tri-series final at Buffalo Park on February 2.

West Indies will also play a warm-up match against South Africa ahead of the tri-series at Beacon Bay on January 16. The squads for the Women’s T20 World Cup must be submitted by February 2.

The eighth edition of the marquee event will have West Indies, the 2016 champions, drawn in Group 2 alongside England, India, Pakistan and Ireland. Newlands in Cape Town, Boland Park in Paarl and St. George’s Park in Gqeberha are the host venues for the tournament with both semi-finals and finals to be played in Cape Town.