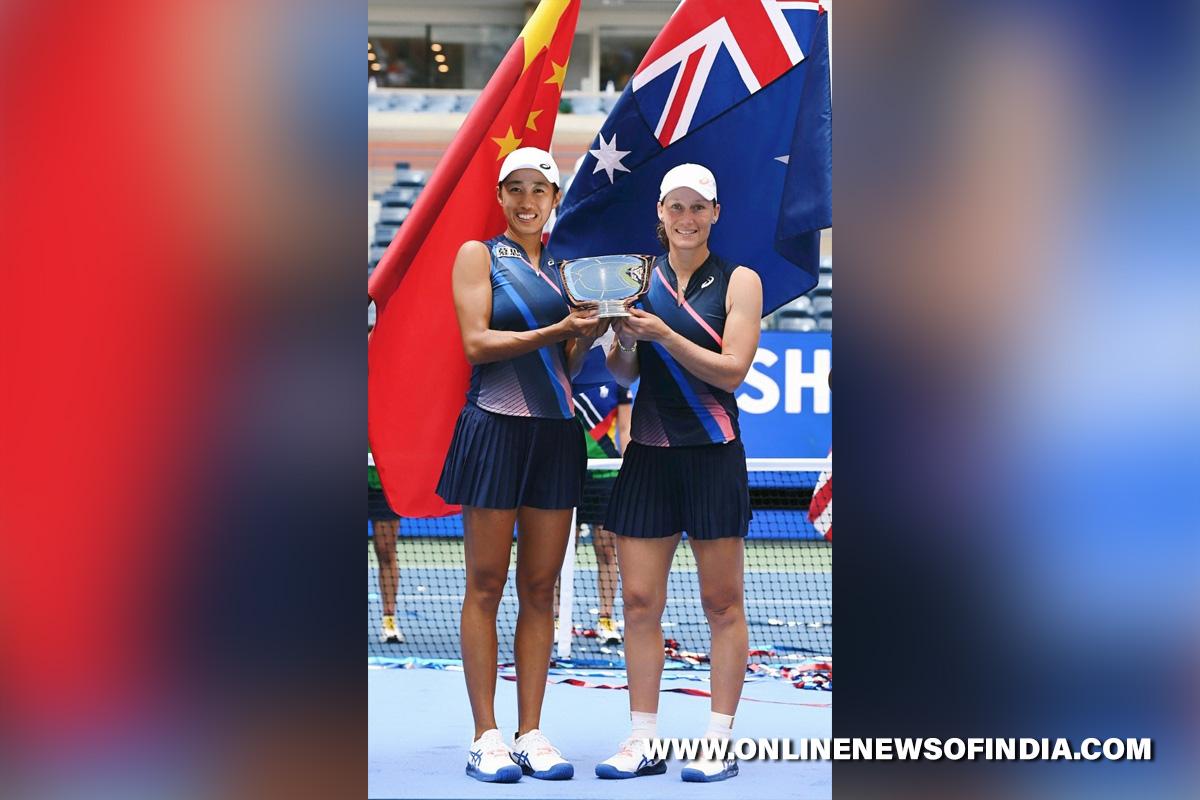 New York : Samantha Stosur of Australia and Zhang Shuai of China won their 11th straight match to triumph in the US Open women’s doubles final over American teenagers Coco Gauff and Caty McNally at Flushing Meadows on Monday (IST).The No. 14-seeded Australian-Chinese duo paired up to win their second Grand Slam women’s doubles title as a team with a 6-3, 3-6, 6-3 win over the 11th-seeded American teenagers.Stosur and Zhang, who also won the 2019 Australian Open, have won their last 11 matches, as they confirm their standing as the top team on tour at the moment. They came into the US Open having won the title in Cincinnati last month.Stosur has now claimed four Grand Slam women’s doubles titles, two of which have come in New York. She also won the US Open in 2005 alongside Lisa Raymond, as well as 2006 French Open with Raymond. Stosur also has won three mixed doubles Grand Slam titles.The 37-year-old Australian’s triumph in doubles this year comes 10 years after she won her only singles major title at the US Open, when she defeated Serena Williams in the 2011 final.

Zhang is now an undefeated 2-0 in major doubles finals, with both her Grand Slam trophies coming alongside Stosur.”It was just such a tight tussle the whole match, a few points here and there,” Stosur said during the champions’ press conference.”We stuck together as a team, played aggressive, went for it as we always do, and it pays off,” the Australian told wtatennis.com.”It’s just a phenomenal feeling to have this trophy again 16 years later. Winning the singles here, I’ve got so many amazing memories here playing in New York. I love coming back here, I love the courts, I love the atmosphere. Obviously a very special place for me. It’s brought out some of my best tennis in my career over obviously many, many years.””We are so good friends, forever,” Zhang added. “When we’re on court, no matter [if] we win or lose — yes, today we won — but some days we lost, it’s okay. We’re still happy on court. Now nothing can break us I think. We will for sure play together more.””Obviously not the result that we wanted, but we were there,” said Coco Gauff, after the match. “I think the match was decided within, like, three or four points. I think for next time we know how to do better on those points. Our opponents, Shuai and Sam, played a great match. There’s a reason why they’ve both had a couple Grand Slams, great results in Grand Slams.”